Play of the Day - Mesh from North Central College 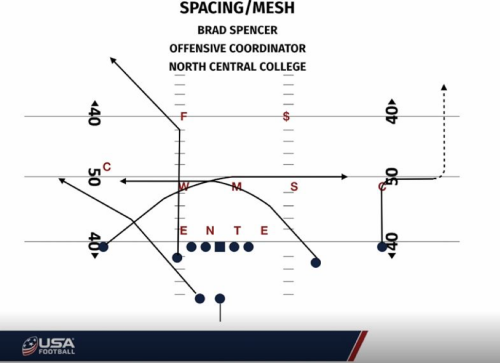 Today’s Play of the Day is from Brad Spencer, Offensive Coordinator at North Central College in Naperville, IL. One of coach’s favorite concepts is the “mesh” concept out of 10 personnel in a 2x2 formation. The QB has a number of options on this play depending on what kind of read he gets from the defense. For example, if he sees the coverage rolling or a man blitzing, the frontside arrow route by the running back becomes a hot look. If the defense sits in a cover 2 look, there’s a smash concept with the arrow and the corner and if both get covered the drag going backside generally clears up as the defenders flow towards play side. 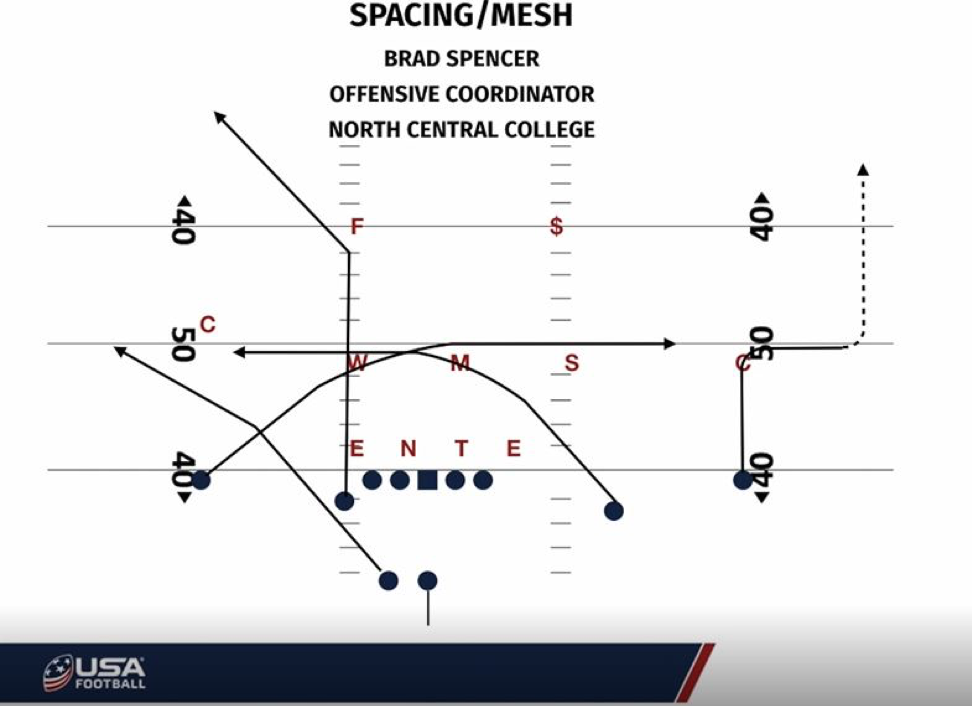 Coach Spencer played his college ball at North Central and continued on as a wide receivers/tight ends coach for the 2004 season. Coach spent 11 years in that role, before being promoted to assistant head coach and offensive coordinator for the 2015 season.

In just four seasons as the Cardinals OC, Coach has helped produce two CCIW Offensive Player of the Year awards (Broc Rutter & Austin Breunig) and his teams have finished first in three of his four years in total offensive yards in conference play. Additionally, two of his offensive units, 2015 &16, have led the CCIW in scoring.

North Central has a long football history having competed since the 1898 season. Recently, North Central has had a string of success the past 13 seasons, earning at least a share of the conference championship in 11 of those seasons. During that run, North Central has made it to the second round of the NCAA DIII playoffs an unprecedented ten times, with two trips to the quarterfinals and highlighted by a trip in 2013 to the semi finals.