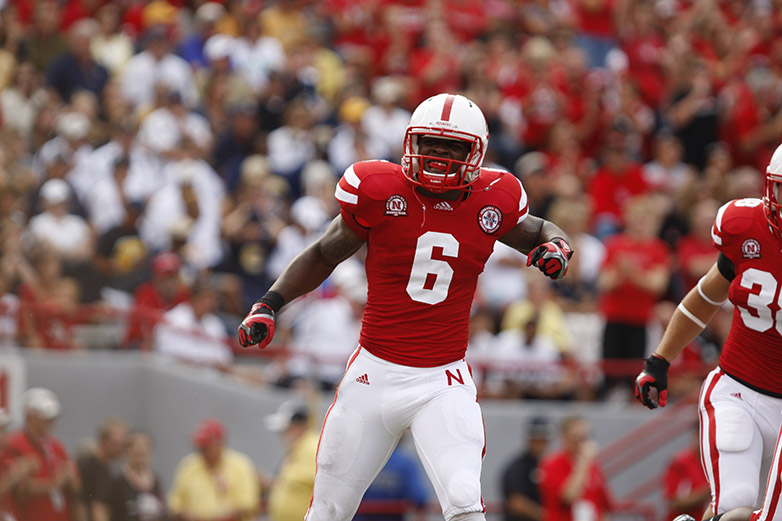 The University of Nebraska – Lincoln has a tradition of excellence in football that is exceeded by just a select few programs in the country. One of the proudest traditions that the Cornhuskers boast is that of the Blackshirts. Worn by members of the starting defense, the black jerseys of Nebraska date back to the early 1960s and are a highly coveted honor that every defensive recruit hopes to one day achieve. 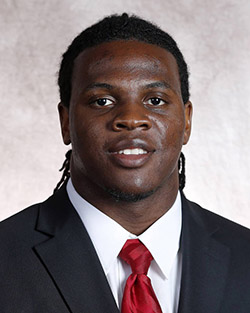 For Corey Cooper, it is one of the greatest accomplishments in football that he was able to achieve. Prior to that, he ranks another honor: being an inaugural member of the U.S. National Football Team. A product of Proviso East High School in Maywood, Illinois, Cooper was a feared linebacker in high school before making the move to safety at Nebraska.

With Nebraska, he would earn tremendous success both with the team and as an individual. While he went undrafted after graduation, he would play briefly in the Indoor Football League with the Nebraska Danger before embarking in a career as a certified personal trainer. He took some time away from his busy schedule to talk to us about his experience with Team USA and playing in the International Bowl.

EM: When did you first start playing organized football and what did you love about the sport once you got fully “into” it?

CC: I started playing in seventh grade when I found out I was just good at football. I would be outside playing with my friends and it was a lot of fun. As soon as I got started playing, I was in love with it. The physicality of the sport really appealed to me. You could be as wild as you wanted to be out on the field and that was something I liked.

EM: You grew up in the Chicago area. How competitive is the high school football scene up in that part of the country?

CC: I would say it is a little underrated. It's obviously not as full of talent as some places in the south or on the west coast, but it's got some good programs and some good competition. I think it's just a notch or two below some of those places I talked about.

EM: Looking at the size that you played while you were with the Cornhuskers, I'm assuming you were always a pretty big kid. I'm sure your coaches had to love having somebody with your size on the team and they moved you around to a lot of positions, right?

CC: Yeah, in high school I played everywhere. I played the majority of the time at linebacker. They asked me to make every tackle, so that's what I did. Like I mentioned earlier, the physicality of football is something I always loved. Imposing your will, making big plays, causing turnovers, all that stuff I love about football.

EM: How did you decide on Nebraska as being the place you wanted to continue your career and get an education?

CC: The recruiting process was fun for me. I had something like 20 or 25 offers from big schools. To be wanted by a bunch of different schools made me feel good at the time. The main reason I chose Nebraska was probably [Head Coach Bo Pelini]. I took a liking to him early on in the process and that's what sold me on going to Nebraska. 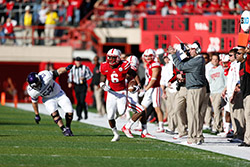 EM: One of the big traditions there at Nebraska is that of the Blackshirts. Did that mean something special to you while you were there?

CC: That was a big deal. To see how much prestige that that black jersey had it's something you can't ignore. Once you finally earn that as a starter on defense, it's a good feeling. It means a lot to the people that go there and to the fans and [wearing one] is a goal of every defensive player that comes to Nebraska.

EM: Let's talk about what you're doing now professionally. Was getting into personal training just a natural fit for you?

CC: Yeah, right now I'm a fitness and athletics instructor. I work with athletes in high school and professional sports, and I have what you would call 'regular' fitness clients, as well. It as an easy transition for me after my playing career. It doesn't even feel like work, to be honest. I'm pretty much enjoying what I do every day.

EM: Originally, how did you learn about the opportunity to be a part of the U.S. National Football Team?

CC: I honestly didn't know much about until I started getting mail and things. I started looking at it online. It looked like it would be a great opportunity for me, so I took it.

EM: What was that week of practice like for you? I have to imagine that being around some of the top talents from across the country was something that got you going competitively, right?

CC: Yeah, it was very competitive. I looked at it as a chance to get a step up in competition coming from Chicago and a chance to get a taste of what college football was going to be like. It absolutely pushed me to be even better being around those guys that week.

EM: Did getting the chance to wear the red, white, and blue uniforms of Team USA meaning anything special to you?

CC: Absolutely. It was an honor. To be selected to represent your country in a sport that you love, that was the highest honor that I could have at that time.

EM: Last thing for you Corey, what would you say was your favorite part of being playing for Team USA?

CC: To get a chance to be around a bunch of guys from different parts of the country in the locker room gave me a good taste of what college was going to be. If you're granted an opportunity to play for Team USA, I would say it's something you should pass upon. Like I said, to have the chance to represent your country doing what you love is pretty much a can't miss opportunity.

Photos are courtesy of Nebraska Athletics