Utilizing the Bash Concept in the Run Game 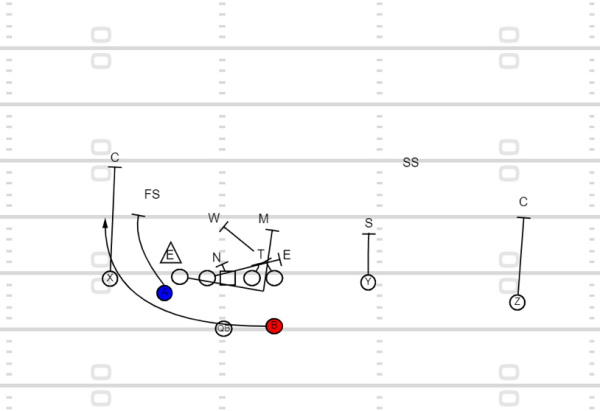 The beauty of any offense is that it is designed to stay ahead of what defenses are doing to stop it. When the spread offense first came out, the zone read is what made the run game go. It was the ability to use option-based principles to turn your quarterback into more than just a pocket passer. As defensives evolved, the zone read became a tool in the toolbox and not the primary go-to play by itself.

However, read options did not go anywhere. Together at Auburn, Cam Newton and Gus Malzhan made the power read famous, though it had been introduced to us by coaches at schools such as TCU. It then became the next go-to run play in the spread as it gave teams an ability to read the frontside defensive end and not just the backside one that defenses had become accustomed to. Now the rage in the spread offense has become the bash read. The bash read stands for back away and involves the running back running backside sweep in direction, and the line blocking frontside for the quarterback should he pull the ball.

The beauty of the bash concept is that it goes with any run play. It can be used as a simple tag for teams that use zone, dart and counter-trey run schemes in their playbook. Here are a few examples of bash reads used in the spread offense. 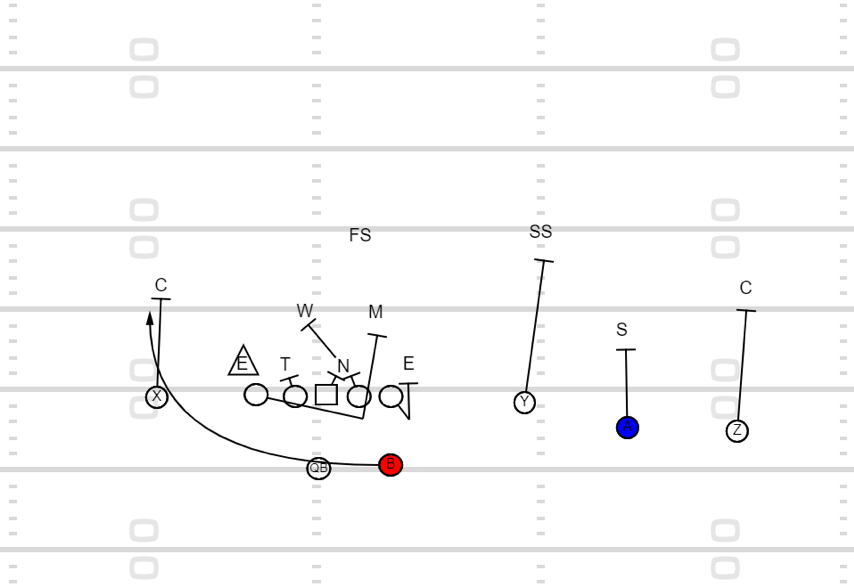 Dart is a staple for some in the spread offense. It provides an “iso” run blocking scheme using the same footwork for most that use zone read. In the diagram above, the running back takes the outside zone sweep path to the single receiver side while the tackle pulls for the Mike linebacker. The quarterback will read the defensive end. If he takes the running back, he will pull. If he squeezes, he will hand off to the running back.

Counter bash works in a very similar way. The running back path is still that of outside zone. The quarterback will still read the defensive end for squeeze or taking the running back. The only thing that changes is the offensive line blocking scheme, which is now the counter scheme.

There are several ways to get to the bash concept, including sending a wide receiver in motion, going unbalanced to get numbers or the wildcat formation to get your best two runners involved in the run game, especially if your quarterback is not a pure running threat.