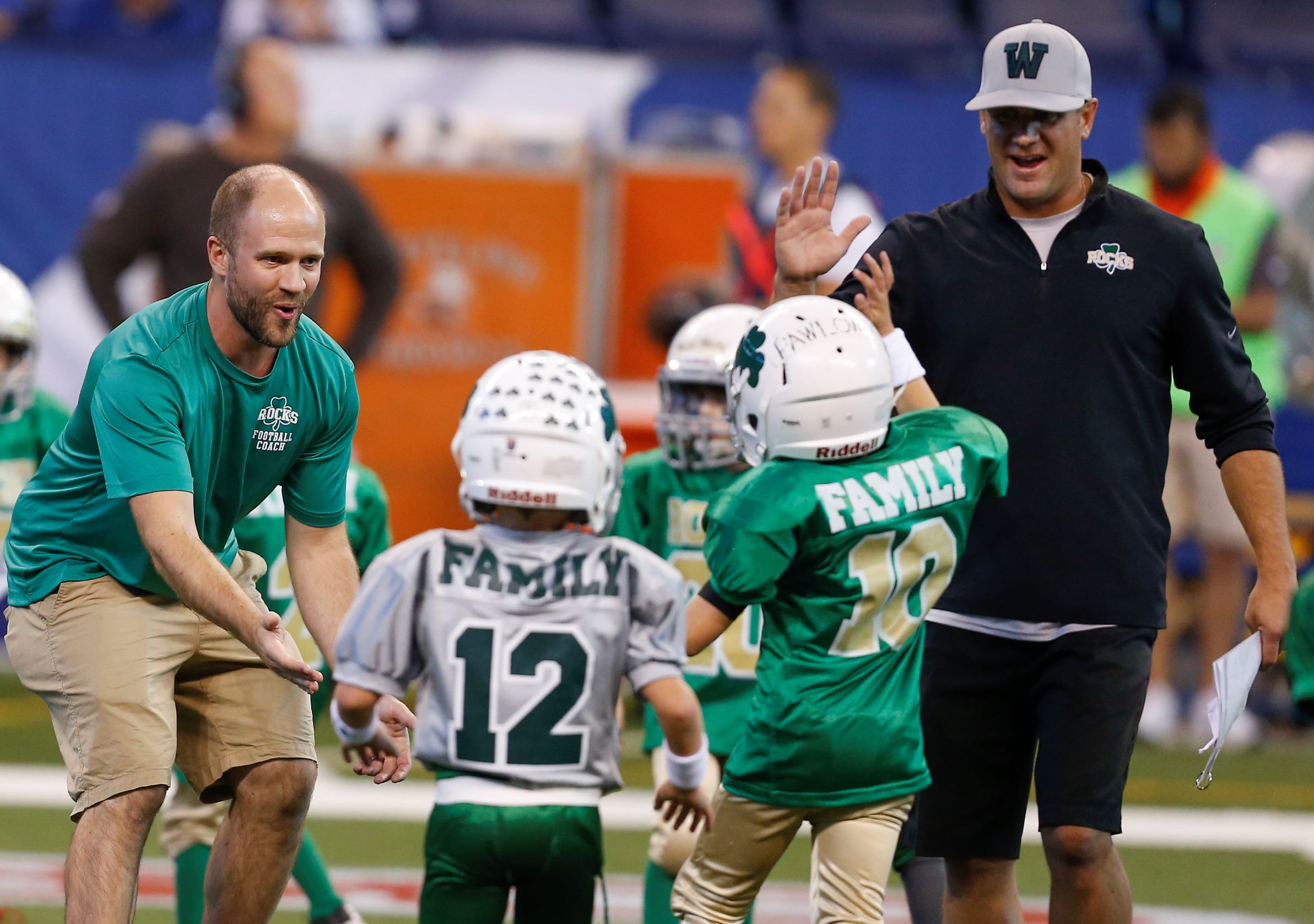 The season now months over, Scifres still speaks with buoyant enthusiasm of his program’s first year of Rookie Tackle, which was played in grades 3-4.

“I even had a coach after one of the championship games come up to me and say, ‘This is genius, this whole concept,’” Scifres said. “And I'll share that in my 27 years as a head coach at the high school level, I don't know that I've ever had my name and the word ‘genius’ included in the same sentence together with too many people, so I think that makes it very obvious what people thought of the concept.”

“Coaches were very impressed and shared with me that, first of all, they liked the fact that we had smaller numbers,” Scifres said. “We played 7-on-7 and having fewer kids on the team, it gave them a chance to have more one-on-one time or small-group time in regard to teaching technique.

“They felt like they were able to better coach the kids and then also along with that, they felt like their kids were better all-around football players because of the concept of kids rotating positions between quarters.”

READ MORE: Opinion: USA Football's development model teaches how to be an athlete before a player

Scifres faced resistance for employing Rookie Tackle rather than 11-player tackle in his youngest age division, but the doubts of coaches and parents were dispelled by season’s end.

“As the season progressed and then especially as we had our playoff and championship games, I had several coaches just come up and say that they were skeptical of it to begin with, but as they saw how well things went and how energized families, kids and their parents were about it, they just became fans of it too.”

To learn more about Rookie Tackle and the Football Development Model, visit usafootball.com/fdm.