I Love That My Son Loves Football 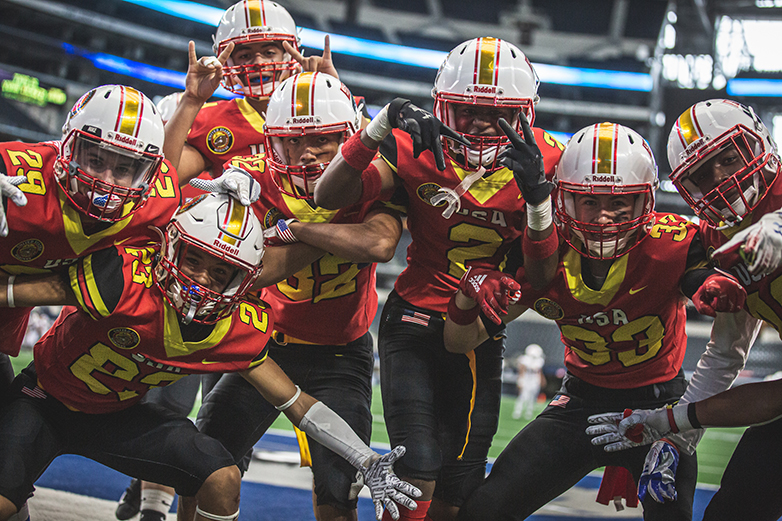 Ever since our son started playing at the age of four, my wife and I have been living with the responsibility of having to justify our decision to let him participate in tackle football. You have to understand that he fell in love with football at a young age.

Even with the physical nature of the sport of football and the recent controversy, my wife and I don’t regret our decision for a second. Yet, we are always placed in a position where people are questioning us about it.  The sport keeps him active while also learning a lot of life lessons that come with playing football like leadership and teamwork. And like I mentioned above, he loves it.

This is a subject I’ve written about before. However, as we get ready for a trip out of town this weekend for a family function, there is a bit of anxiety. There are going to be some members of our family, as well as friends at this event that are going to question why we allow our son to play football.

Now I know a lot of you are now going to ask me the question of why I would bring it up in the first place.

That’s a great question but the subject inevitably comes up on its own. There is one fact that we are proud of his many accomplishments on the football field that makes us want to talk about it but there are times that it’s brought up by other people.

“Hey, I saw photos on social media…aren’t you worried about him getting hurt?” is a query that we get from time to time from people like my mother to others who we don’t see that often.

My mother wasn’t thrilled with our decision to let him play but she still will show her support by coming to a game and cheering her grandson on.

And believe me…I know there are people we haven’t seen in ages that are going to bring this up, but my wife and I are prepared for it. It just gets tedious having to defend our decision all the time. We do have our justifications down pat like, “The game is safer than it was in the past because of Heads Up Football and other technology.” “The equipment is better, and he wears top of the line helmets and shoulder pads.”

At the end of the day, I’ll be whipping out my phone to show off pictures of him on the field and you know what…I also show off photos of my other son playing flag football.

We have no regrets. We love football and so do our kids. We are a football family and we are counting down the months, weeks, and days until the new football season arrives.