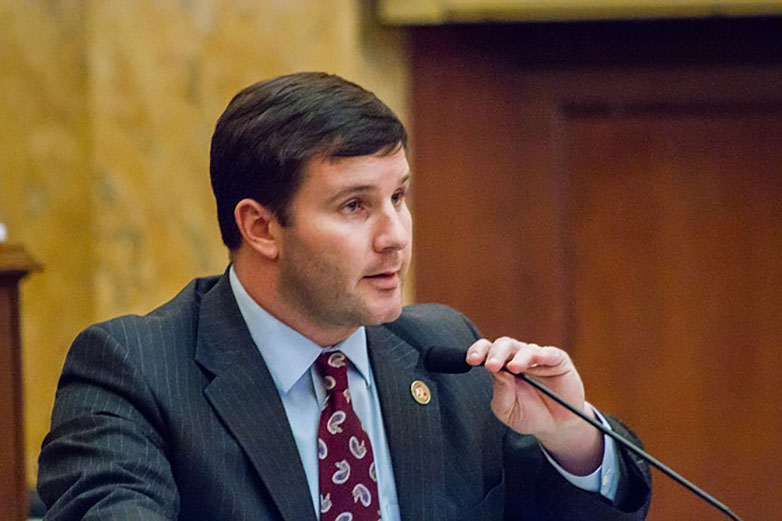 From an early age, John Thomas Lamar III (everyone calls him “Trey”) had goals for himself. The current House District 8 Representative for the state of Mississippi knew he wanted to play football at a high level, knew he would probably follow in the footsteps of his family and practice law. He also knew that he would one day want to give back to his community.

“Football taught me so many lessons growing up that it's hard to pinpoint one thing,” Lamar said. “I've always been the kind of guy that has loved having the ball in my hands and I love the competition of football. I just love the game.”

Playing at a small school in his hometown of Senatobia, Mississippi, Lamar received little attention from major universities. In an effort to continue his playing career, he decided to attend Mississippi College, which had transitioned to a Division III school. There, he continued to excel on the gridiron all the while dreaming of one day playing at a big-time university. 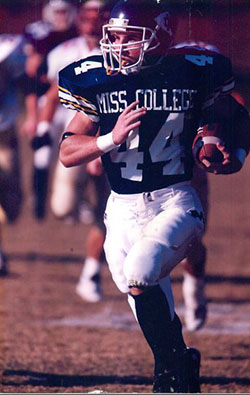 “I always had a little chip on my shoulder playing at the high school that I played at,” explained Lamar.  “We were kind of overlooked as not playing big-time competition so that's something I always carried with me throughout my career. I played at Mississippi College as a true freshman, but that wasn't what I had in mind when it came to playing college football.”

After consulting with his family, Lamar transferred to the University of Mississippi and became a walk-on for Ole Miss. After gutting it out through the preseason, he made the team and fulfilled a lifelong goal. In the process, he had built up his confidence in himself while earning the respect of his teammates and coaches.

“By the end of my time at Ole Miss, I had proven to myself that I belonged on the field with those guys,” he said. “Quite honestly, it's one of the strongest lessons that I've learned in life. The confidence in going through that process taught me that I could walk into any room anywhere and do what needs to be done.”

Lamar would go through Ole Miss at a time when the Rebels were cultivating a strong-armed, pedigreed quarterback with a famous surname. Memories of playing with him and of just being a part of Ole Miss are still things he treasures to this day. 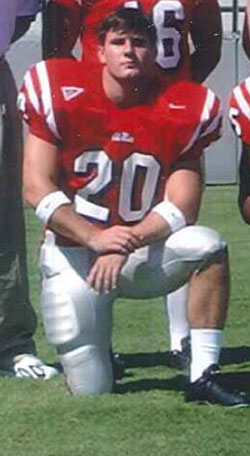 “Some of my favorite memories of being at Ole Miss are just walking through The Grove on a Saturday,” he said. “Eli Manning and I were there at the same time and were the same age. Somehow, he's still playing, which is amazing. I have great memories of playing with him and of playing for Coach David Cutcliffe. In my opinion, Coach Cutcliffe is not only a great football coach, but he is also a great man and a great human being. I will never forget playing for him and how great he treated me.”

Lamar joined the family law firm and began a successful career practicing law in the state of Mississippi. As has been the hallmark of his entire career, he always felt like he could do more. He saw the residents of his area being underrepresented at the state level and felt called to do more.

“I come from a long line of lawyers,” Lamar said. “My mother is a judge and my father is my law partner in our firm. My uncle was a lawyer and my grandfather founded our law firm back in the 1950s. I felt I could help our community in that way. Naturally in that capacity, I have always kept up with what's going on in our community. I offered myself up for a leadership position in our community when it became available and I feel I have been able to get some good and positive things done for our residents and the state of Mississippi.”

While football has only been part of Lamar's lifelong journey, he still has been able to look back and apply the lessons from the game to all of his current professional endeavors, both in the courtroom and in the state capitol. Without being too trite, he is confident that having football in his background has made him a better lawyer and a better public servant. 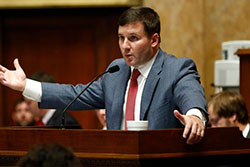 “In addition to the confidence, the competitiveness and the sense of hard work that football has instilled in me, I've made lifelong friends throughout that journey,” he said. “The friends that I have made, I see them woven throughout my life 15 to 20 years later. The good Lord has taught me lessons through football that have helped me to accomplish hopefully some good and positive things throughout the rest of my life.”

Photos are courtesy of Trey Lamar and Ole Miss Athletics.