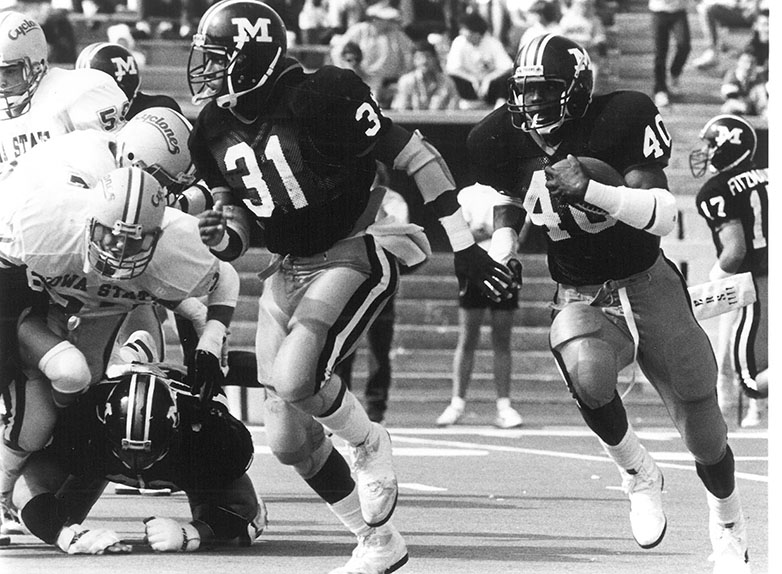 Current St. Louis University High School Head Coach Mike Jones enjoyed a 12-year career in professional football before embarking on his career on the sidelines. Originally a running back at the University of Missouri, Jones was asked to make the switch to linebacker once he got to the NFL in 1991 as an undrafted free agent with the then Los Angeles Raiders. His hard work and perseverance would ultimately pay off as he would go on to make one of the most famous plays in Super Bowl history.

“Being back in St. Louis, I get asked about that play quite a bit, especially during the playoffs,” Jones said. “My players know about it. I don’t bring it up, but they have the ability to learn things in real-time, so they look me up and ask me about it. I’m okay with that. It gives me one more thing that I can bring to them and teach them with.”

His play would earn him multiple honors over the course of his career. During his brief stint in the World League of American Football (WLAF) with the Sacramento Surge, he would earn a World Bowl Championship. He would do the same with the Rams in Super Bowl XXXIV. He would finish his career with the team he started it with, the Oakland Raiders in 2002 and would earn a spot on the St. Louis Rams 10th Anniversary Team. 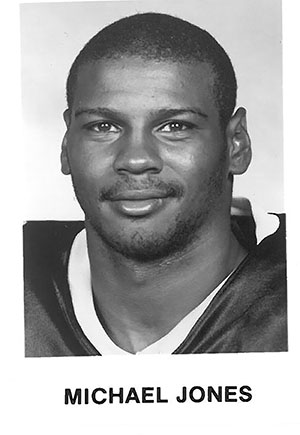 “It took me until about my third year in the league until I was comfortable with playing linebacker,” he said. “I was fortunate to play for [former New Orleans Saints Head Coach] Jim Haslett in Sacramento. He was my position coach and he really helped me to understand what I needed to do. Everyone told me year three things would start to make sense and they were right. I was lucky to be in a position where I had the time to figure things out. It all worked out though.” 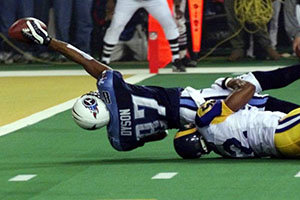 Jones got his start playing flag football thanks to the encouragement of the friends he played baseball with when he was younger. It would be through a similar circumstance that he found himself entering the coaching world. While with the St. Louis Rams, Jones would begin coaching Little League and one of his good friends, who was a coach at the time, would ultimately lure him into the coaching profession full-time.

“In coaching, no matter what level you’re at, the hardest thing to do is relate to your players,” Jones said. “The days of just telling them to do something and having a player do it are over. Now, players want to know why they’re doing things. I’ve said that players haven’t changed, the coaches do. A 15-year-old kid from 50 years ago is the same as a 15-year-old kid now. They just have more access to immediate information. My job though is to reach that kid. I learned a long time ago that your players aren’t you. You have to figure out how to reach them. Once you do though, once you’ve worked on something and you see that light bulb go off for them. That’s the best part of my job.”

Prior to taking over duties with the Junior Billikens, Jones served in the same role at Lincoln University with the Blue Tigers. His lengthy career in the sport as well as learning at the feet of some of the greatest coaches in NFL history have prepared him for this phase of his career. He is fully committed to the coaching life and to his players.

“I was fortunate to play for Dick Vermeil, who was one of the greatest coaches of all-time,” Jones said. “He won at every level, high school, community college, college, and the pros. I asked him one day how he did what he did. He said to me, ‘Mike, I don’t coach players, I coach men.’ That stuck with me. It’s something that I have never forgotten and is something I use all of the time. If you treat the players like men, with respect, you will get that back to you. Everybody can go forward that way and work toward the same goal.”

Photos are courtesy of Missouri Athletics and Bleacher Report.