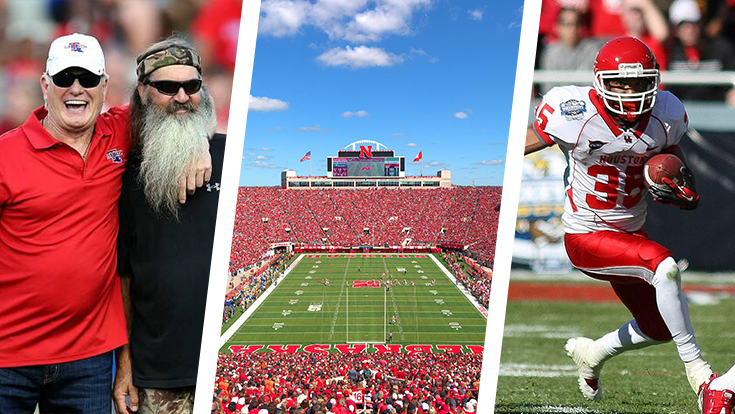 The largest winning margin in college football history belongs to Georgia Tech when it beat Cumberland (Tenn.) 222-0 in 1916. Cumberland had discontinued its football team but Tech head coach John Heisman, the man whose name graces the trophy awarded annually to college football’s most outstanding player, made Cumberland honor a scheduling agreement.

Team student manager George Allen was chosen to be the head coach and he rounded up just over a dozen players, most of which were his fraternity brothers, and headed to Atlanta to make history as suffering the largest loss in college football history.

One sportswriter covering the game wrote, “The greatest individual play of the game occurred when fullback Allen circled right end for a 6-yard loss.”

Bradshaw backed up who?

College and Pro Football Hall of Famer Terry Bradshaw was the second quarterback on the depth chart during his freshman and sophomore year at Louisiana Tech. The QB ahead of him has gone on to find fame and fortune of his own outside of football.

Lining up under center for the Bulldogs during the 1966 and 1967 seasons was Phil Robertson, the man made famous from the A&E show “Duck Dynasty.” Robertson decided to not use his final year of college eligibility to spend more time hunting. As he put it: "I'm going for the ducks, you [Terry] can go for the bucks>”

Houston’s Tyron Carrier was perhaps the most consistent college wide receiver in history. He caught at least two passes a game in every game of his 53-game career from 2008-2011.

The record is unlikely to be broken as a wide receiver would need to contribute for all four years and play in conference title games and bowl games.

A game of field position

On a rainy field in Shreveport, La., the two teams combined for 77 punts. Texas Tech’s punter Charlie Calhoun set records for both punts and punt yards with 36 and 1,318, respectively. In total, the game set 13 total NCAA single-game records, more than any other game played in history.

The game ended in a scoreless tie.

When the University of Nebraska’s Memorial Stadium is full on game days, it becomes the third largest city in the state. The capacity of 90,000 is topped only by Omaha and Lincoln. On non-game days, the state’s next largest city is Bellevue (53,225).

Memorial Stadium’s attendance record is 91,585. The Cornhusker faithful on that September Saturday night enjoyed a 41-31 Nebraska victory over the Miami Hurricanes.