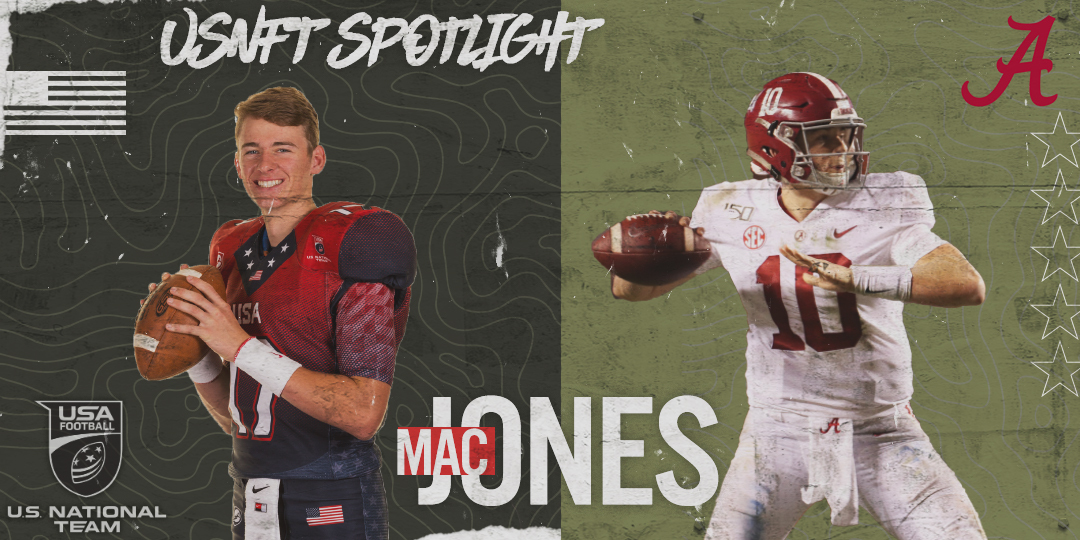 Alabama quarterback Mac Jones is set to shine this year for the Crimson Tide. Before the bright lights of Bryant-Denny Stadium, Jones was slinging the rock the U.S. National Team.

Jones, a graduate of The Bolles School (Fla.), was the captain and starting quarterback on the Under-19 National Team that beat Team Canada 33-11 in the 2017 North American Championship at the ESPN World Wide of Sports Complex in Orlando, Fla. Jones led the offense by running in a pair of scores, one of which was from 47 yards out.

After redshirting and serving as backup his first two seasons, Jones rose to the occasion in 2019 when starter Tua Tagovailoa went down with a hip injury. Jones started the final four games, leading the Crimson Tide to a 3-1 record. He amassed 1,503 passing yards and 14 touchdowns with just three interceptions. Heading into his redshirt junior season, Jones is poised to make waves in the SEC and has even received recognition as a Heisman contender.