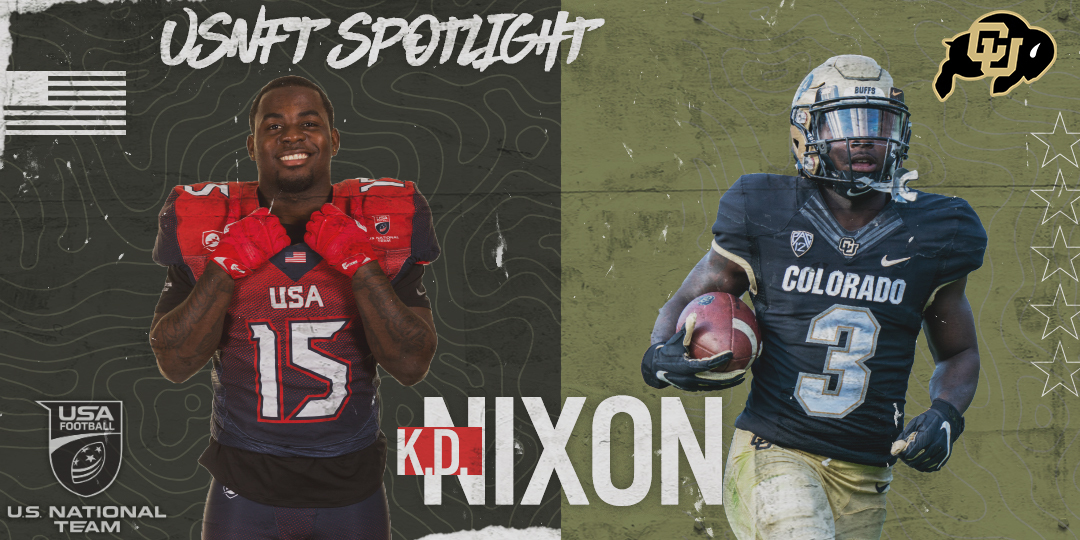 Some of the brightest stars in college football today are U.S. National Team alumni. One of those alums, K.D. Nixon, is a leader in the Colorado wide receiver room.

Nixon suited up for the Under-19 National Team for the 2017 North American Championship at the ESPN Wide World of Sports Complex in Orlando, Fla. Nixon caught one pass for seven yards in a 33-11 victory over Team Canada.

Nixon, a graduate of DeSoto (Texas) High School, joined high school and fellow U.S. National team alum teammate Laviska Shenault Jr. at Colorado. Nixon has caught 99 passes for 1,290 yards and nine touchdowns in his three years with the Buffaloes. He also has returned 31 kickoffs for 599 yards. His 2018 season was highlighted by a 13-catch, 198 and two touchdown performance against Oregon State.

With the departure of leading receivers Shenault Jr. (Jacksonville Jaguars, Round 2, Pick 42) and Tony Brown (signed as undrafted free agent by the Cleveland Browns) from a season ago, Nixon is poised to become the Buffs’ No. 1 receiving target in 2020.