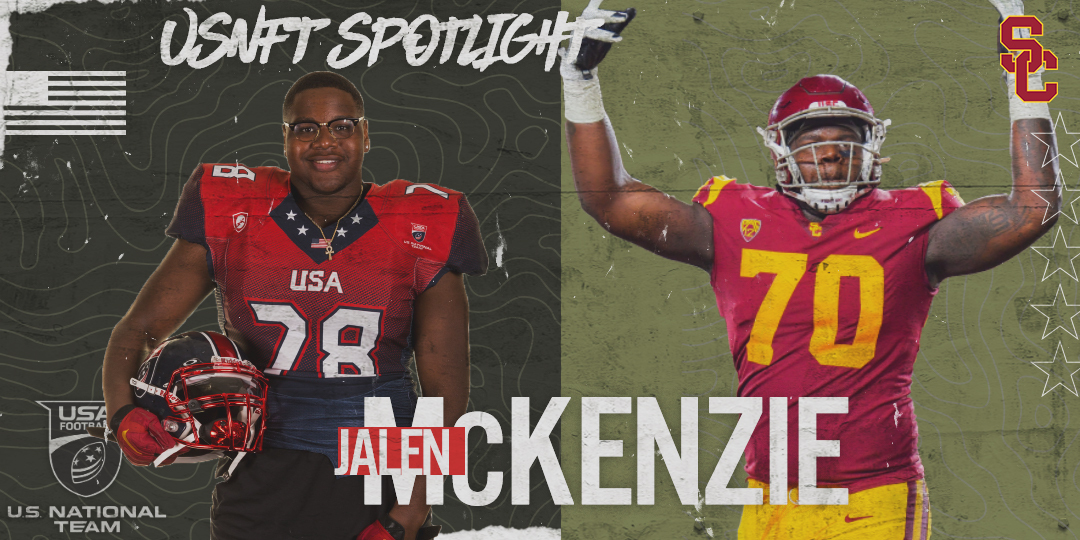 There is no doubt offensive lineman are crucial to an offense’s success. Few big men help their teams more than U.S. National Team alumnus and University of Southern California offensive tackle Jalen McKenzie. 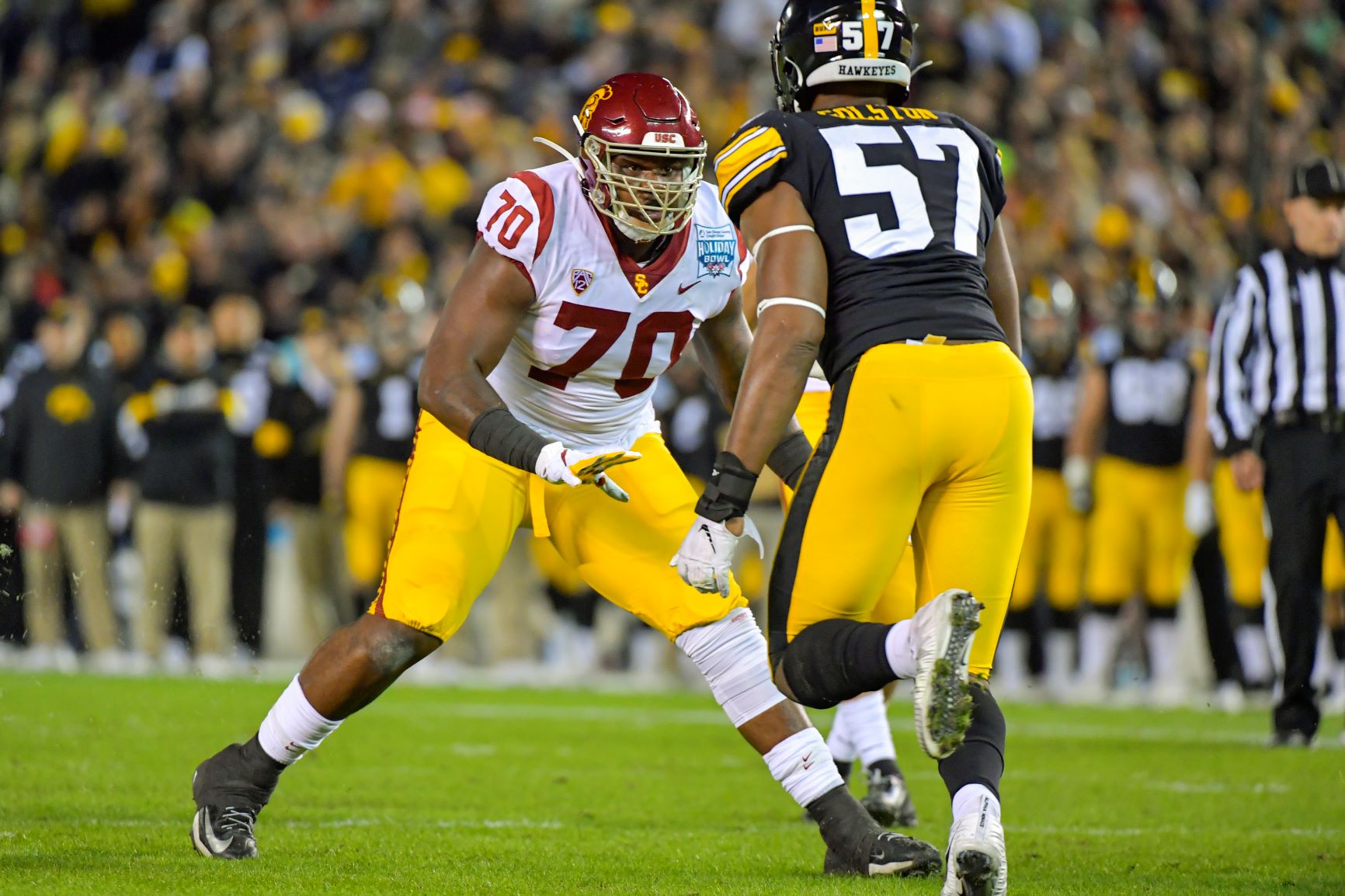 McKenzie, a graduate of Clayton Valley (Calif.) High School, played for Stars and Stripes in the 2017 North American Championship at the ESPN World Wide of Sports Complex in Orlando, Fla. McKenzie paved the way for teammates D’Andre Swift (University of Georgia/Detroit Lions) and Jonathan Taylor (University of Wisconsin/Indianapolis Colts) en route to a 33-11 victory over Team Canada.

After redshirting his first year at USC, he has played in every game in his redshirt freshman and sophomore seasons, starting in 14 of those 24 contests. McKenzie has shown his versatility by playing games at both right offensive tackle and right offensive guard and will certainly look to help lead the Trojans back atop the Pac-12 in 2020.