Football for life, thanks to my mom 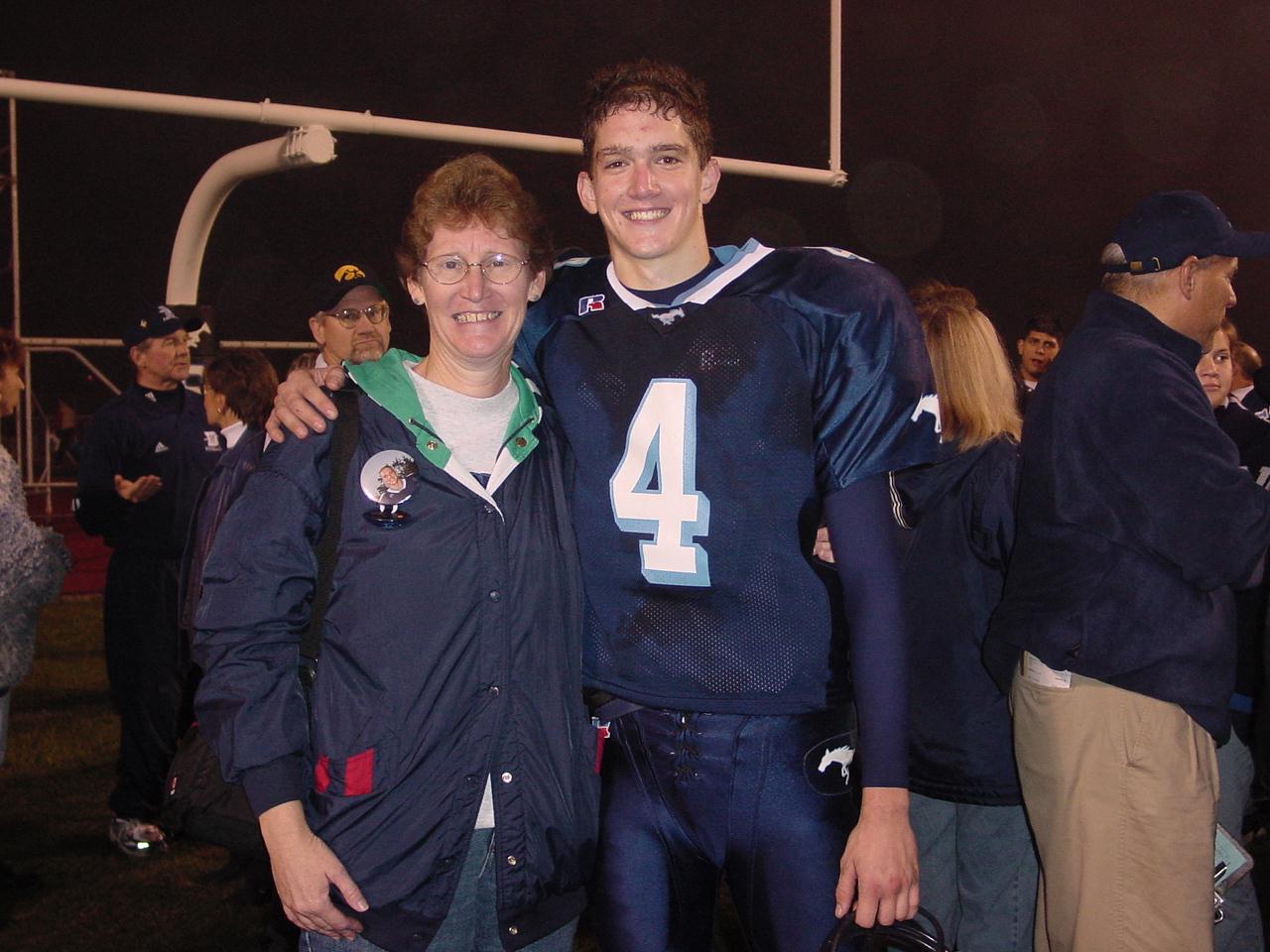 Many people look back on their first time playing organized football and remember childhood friends, a coach or their first touchdown. For me, my first experience with football involves my mom.

Since then, my life has been forever tied to the sport. Following youth football I went on to have a solid high school career and tested the collegiate level, played intramurals and flag football during undergrad, then coached high school freshmen and have now enjoyed the privilege of working at USA Football for more than eight years.

But without my mom, none of this would’ve ever come to be.

While my love for the 49ers and Jerry Rice (greatest receiver of all time) fueled my love for football as a kid, it wasn’t until junior high that I began playing organized football.

Football had long been my favorite sport but between playing other sports, family vacations and my mom’s initial apprehension to letting me play due to safety concerns, I was held out of the game I longed to be a part of.

But by the time I reached seventh grade and my junior high offered an opportunity, I was ready to become the next Jerry Rice and no one was going to stop me.

In junior high we played full padded flag football. Today, it would be the equivalent of our Senior Limited Contact™ game type. It was great way for me to learn the game as I was not used to wearing equipment and having contact on every play. And as a first-year player it was instrumental in my development leading up to high school.

That said, what do the coaches do the first day of practice? Two lines facing each other 10 yards apart. One line is the running back, one the defender. It was time to separate the men from the boys.

First time in pads, first time wearing a helmet and no instruction on how to tackle – I was a nervous wreck. As my turn on defense neared, I started counting how many reps until my turn. I looked over and started counting the other side to find out who I’d be going against. It was like something out of a movie where I sensed I wouldn’t like the answer.

Lo and behold, I was up against an eighth grader who was the team’s starting middle linebacker. He was playing running back in the drill, and I was supposed to tackle him. Reminder: this was my first day of ever playing organized football.

I won’t go into the details to explain the outcome of the drill, but I went home that night telling my parents I was done – I would never play football again. Just a few hours prior, I was overjoyed to finally step out onto the football field. Now, I was in tears and my dreams were shattered.

Then I had a conversation with my mom.

She reminded me of my love for the game and how happy I had been to finally get the chance to play. She encouraged me to give it another try and not to let one bad experience ruin my dreams of shattering every record Jerry Rice set. 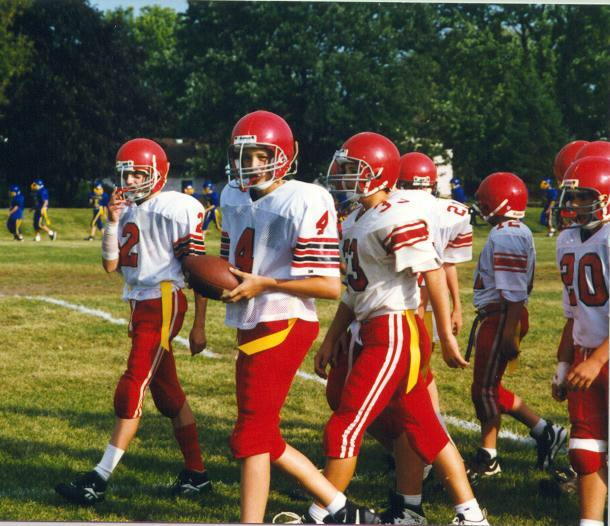 Mike, wearing #4, a year later with his teammates during a game in eighth grade.

In a recent conversation with my mom, she couldn’t recall that evening as clearly as I did. She better remembers my first game, cheering me on from the sidelines and all the great memories my teams went on to have. I let her know that without her love and support that very first day of practice, all the good moments that followed would have never taken place.

Guided by my mom’s voice in my ear and the belief she had that I could get back out on the field and succeed, I was back at practice the next day and a few short days later I was named one of our team’s starting wide receivers.

That first day of practice I blamed myself for it not going well. Years later I blamed my coach.  Now, I don’t blame anyone. It was 24 years ago. What we did wasn’t out of the ordinary back then. That said, it shows how incredibly important coaches are. I was literally ready to walk away from the game forever after one practice.

How many other kids get put in a similar situation after one practice, game or season and decide not to continue? And how many kids don’t have the support system like I did to motivate them to keep pushing forward?

I could thank my mom for so many of the blessings in my life. However, it’s crazy to look back and think about where my life would’ve gone without football. The friends I’ve made, the lessons I’ve learned and some of my life’s best memories all in some way trace back to football.

So mom, Happy Mother’s Day and thanks for believing in me and making sure I went back out to practice on day two.

Mike Cuzzone is USA Football’s Central Regional Manager, serving youth leagues and their families across 13 states from Illinois to Utah. As Mike’s friends and colleagues, we owe his mom a debt of gratitude for helping him get to that second practice. To every mom, for her boundless love and perpetual support, Happy Mother’s Day from USA Football.