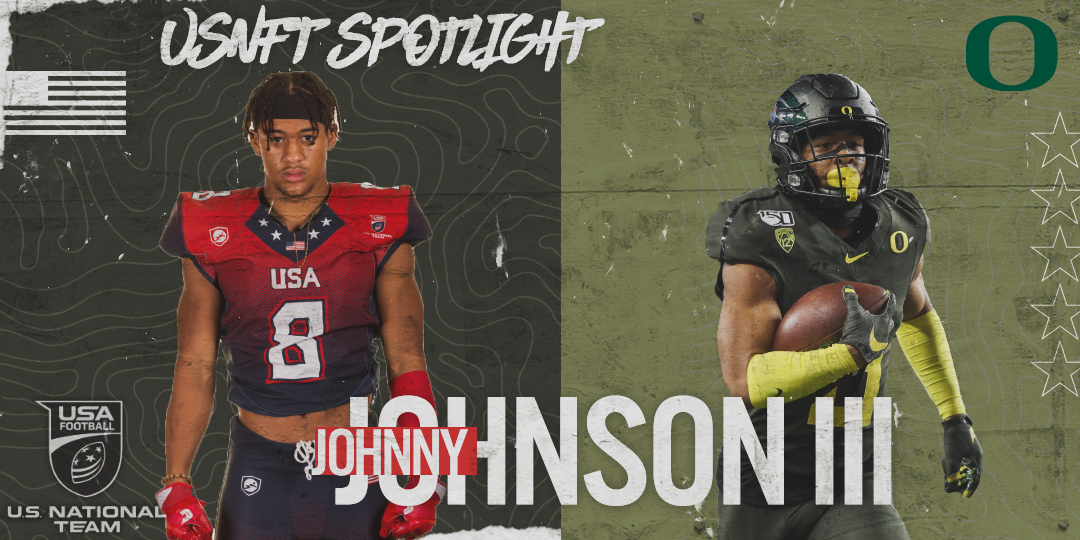 Oregon’s Johnny Johnson III is just one of many impressive wideouts who has represented Team USA throughout the years. Johnson donned the Stars and Stripes for the 2017 Under-19 North American Championship at the ESPN World Wide of Sports in Orlando, Fla and helped Team USA to a 33-11 victory over Team Canada.

Johnson made solid contributions to the Ducks in his first two seasons in Eugene, hauling in 38 catches for 514 yards and five touchdowns. He enjoyed his best season yet in 2019 tallying 836 yards and seven touchdowns on 57 catches, all of which were team highs.

Against Arizona State, he set career bests with 10 catches, 207 yards and two touchdowns, making him just one of seven FBS players with 10 catches, 200 yards and two touchdowns in a single game. With his breakout season last year, Johnson is set to turn some heads as one of the top receivers in the Pac-12 as the Ducks look carry the momentum of a Rose Bowl win into 2020.