Team Gatherings Before the ‘All Clear’ 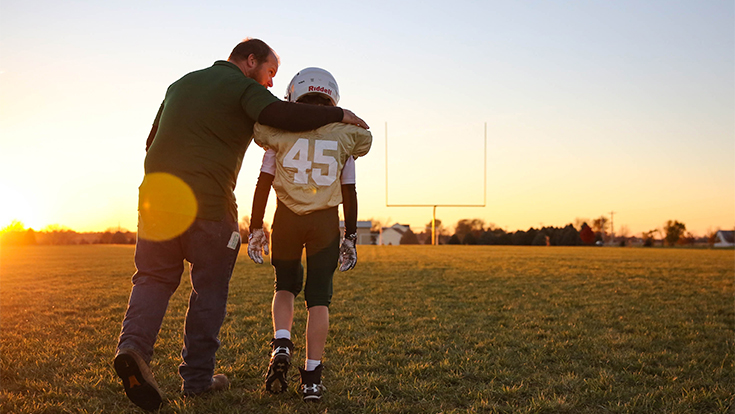 As we enter the second half of May and with the closing of schools for the year becoming the norm rather than the exception, spring football seasons or offseason training sessions have more or less ended before they ever began.

For some leagues, teams were never even created, or even if they were, the players never had a chance to get together and meet each other, even once.

For other teams and leagues that in some way were an extension of the fall season, those players haven’t seen each other in quite some time. And now probably won’t for another few months.

That is, unless a coach, parent, or maybe even a player, gets the team together following the social distancing guidelines.

Want a suggestion? Why not go fishing.

I don’t mean chartering a boat, but rather just heading to a local pond or lake or another popular fishing hole where the players can be at least 6 feet apart but still within conversation distance of one another. And any veteran fisherman will tell you, it’s better to be farther apart than close together.

It can be competitive – first fish caught, biggest fish, most fish – or just a casual gathering. In fact, if someone doesn’t want to fish, they don’t have to. They, instead, can just plop down in a sports chair and enjoy the camaraderie.

A coach, parent or team captain can even be in charge of moving the fishermen around, so everyone gets a chance to chat with everyone else.

Each player is in charge of bringing their own fishing gear, food and drink, and bait for the fish.

When you think about it, fishing is the perfect postseason, or maybe, in this case, a very early preseason off-the-field activity. It accomplishes everything that most coaches want to get out of a team-bonding gathering -- teammates individually getting to know each other better off the field to make them even better as a unit once they get on it.

Jon Buzby has been involved in and writing about youth sports for the past 30 years with perspectives as a parent, coach and board member. Jon is an award-winning writer and his latest book, “Coaching Kids Made Easier,” is available on Amazon. Send comments or future blog topics you'd like to see to JonBuzby@hotmail.com and follow him @YouthSportsBuzz on Twitter