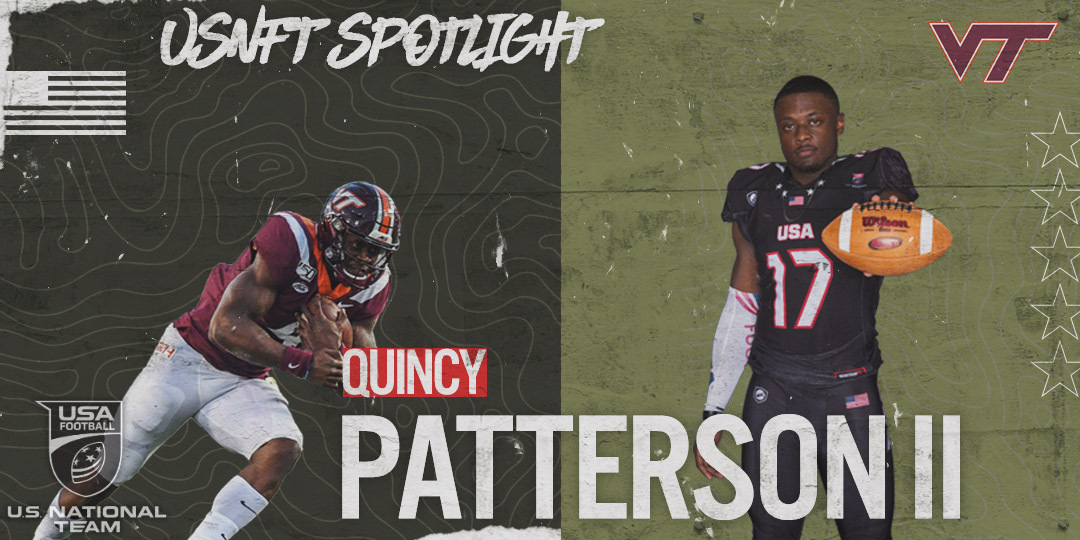 Before starring on college football Saturdays and NFL Sundays, Jameis Winston and Dwayne Haskins served as signal callers for the red, white and blue. Looking to follow in the footsteps of his fellow U.S. National Team alumni is Virginia Tech quarterback Quincy Patterson II.

Patterson, then a highly touted high school prospect out of Chicago’s Solorio Academy, played for the 2018 U.S. Under-19 National Team in that year’s International Bowl at AT&T Stadium in Arlington, Texas, helping the U.S. to a 47-7 victory over Team Canada.

Patterson’s signature performance came in Virginia Tech’s victory over North Carolina in a six-overtime thriller, the longest game in ACC history. The game marked the debut of college football's new overtime rules, which call for going for two points after the fourth overtime. Patterson entered the game in the second half when the Hokies starter went down with an injury, and eventually propelled Va. Tech to a wild 43-41 victory with a two-point conversion run in the game’s sixth overtime.

The following week, Patterson made his first start in South Bend, Ind., nearly leading the Hokies to an upset over then ranked No. 16 Notre Dame. He returns in 2020 looking to win the starting job and keep Virginia Tech’s longest active bowl streak in college football intact.