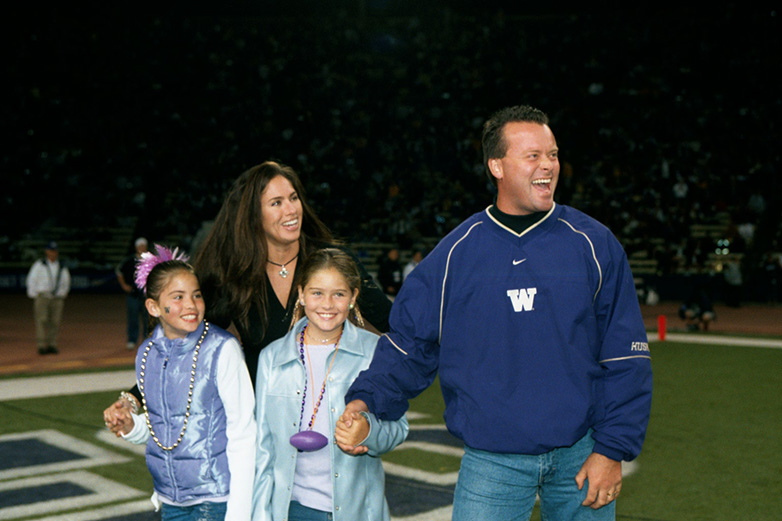 While he has been working as a realtor for almost 20 years now, it really was not that long ago that Jeff Jaeger was kicking game-winning field goals on the gridiron. A native Washingtonian, Jaeger got his start in football at a young age and almost immediately gravitated to the world of placekicking. He found he had a true gift for it. This helped him gain serious attention while playing for the Kent-Meridian High School Royals.

Jaeger would ultimately decide to walk-on at the University of Washington after being inspired by Huskies kickers Mike Lansford and All-American Chuck Nelson. Both would have careers in the NFL once they left Seattle, but the proof that they were able to accomplish it was enough of an inspiration to drive Jaeger to follow a similar path.

“I worked on kicking almost full-time probably from my sophomore year of high school on,” said Jaeger. “I played a sport every season, but I worked all my free time on kicking. Once I got on campus and saw Chuck, I thought, well if those guys could do this, why can’t I? I felt I had a chance, especially by the time I was a sophomore with the Huskies.” 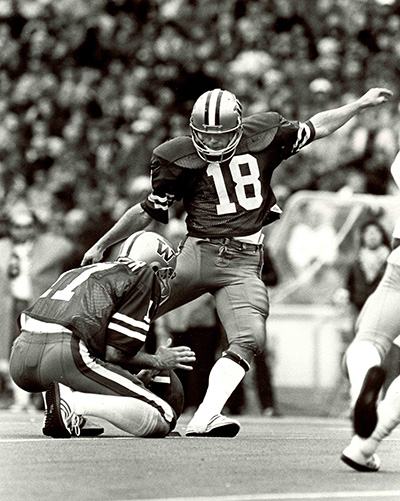 “For me, the simple lesson I learn from football every day is to show up.”

Playing for the legendary Head Coach Don James, Jaeger found a home at the University of Washington. By the time he left for the NFL in 1987 – being drafted in the third round that year by the Cleveland Browns – Jaeger would rack up an impressive array of accolades. He would become an All-American in his own right in 1986, as well as set the UW all-time career scoring mark with 358 total points (a record which still stands today), and would set the NCAA record for total field goals with 80 (a record that lasted until 2003).

“I loved everything about my time at UW,” said Jaeger. “We had a lot of success as a team while I was there. One of my favorite memories is winning the Orange Bowl in my sophomore year when we beat Oklahoma. That was a great experience and it is something that I’ll never forget.” 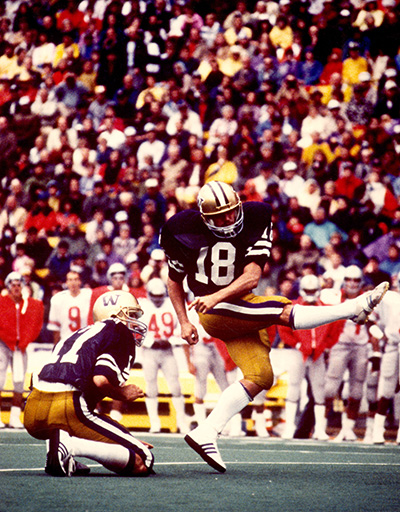 After a great rookie campaign with the Browns, Jaeger would find himself injured in his second year and placed on injured reserve. By the time he was healthy in his third season, he was dealt to the then Los Angeles Raiders. He would play with the Silver and Black up until 1995, when the club made its return to Oakland, and earned All-Pro honors and an invite to the Pro Bowl in 1991. Jaeger signed as a free agent with the Chicago Bears where he finished his career in 1999.

“When I first got to the NFL, I never really had an idea of how long I was going to play so I was always kind of looking for what to do when I was done,” he said. “I had a bar in Seattle that ran with my family from 1995 to 2000. I figured I’d be doing that after I was done playing. Along the way though, I got involved in real estate and I’ve been doing that ever since.”

Jaeger has greatly enjoyed the relationship-building aspect of the real estate business. He has found great personal and professional rewards in guiding people through the process of purchasing real estate in his native state of Washington. He has also found a career that truly allows him to apply the life lessons and skills that he earned on the gridiron.

Photos are courtesy of Washington Athletics.