From youth leagues to the NFL, football brings the Martin family together 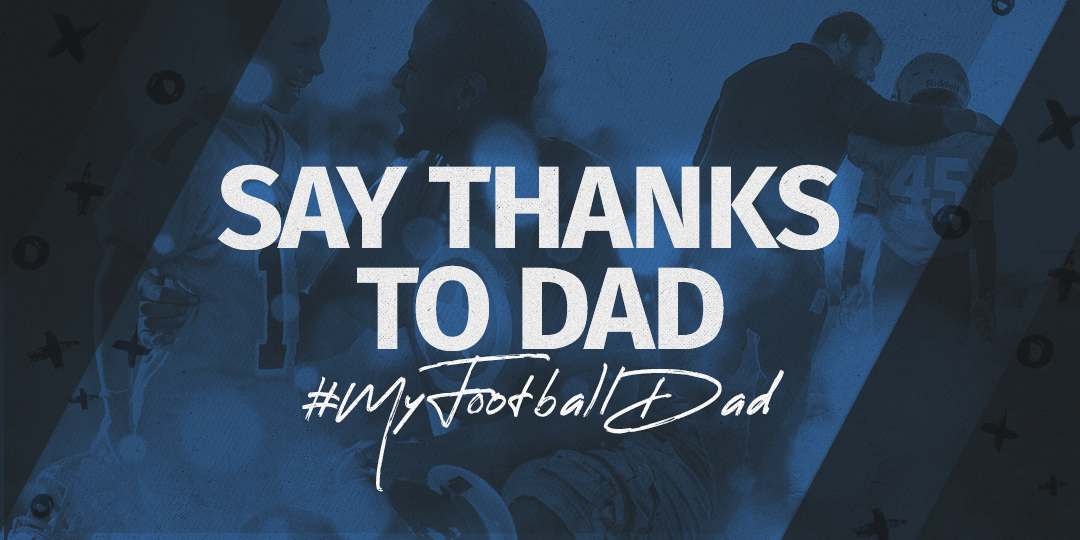 There is no doubt football possesses a unique power of bringing people together. Perhaps few families are more united and connected through football than the Martins.

Keith and Pam Martin, both former student-athletes at the University of Kentucky, have raised three boys who have excelled in the sport. The couple’s oldest, Josh, played in college at the University of Indianapolis and now coaches at Indianapolis (Ind.) Bishop Chatard High School, where he starred as an All-State tight end and defensive end. Next is Zack, a four-time First-Team All-Pro offensive guard for the Dallas Cowboys. The youngest is Nick, who is the starting center for the AFC South champion Houston Texans.

Before their NFL and coaching days, the Martin boys learned the game from their dad on the youth football field.

“He was harder on us than other players,” Nick said. “When you get older, you understand the game more because you come home and continue to talk about it. Even in high school when he wasn’t coaching us, we would bring home tape and break it down with him.” 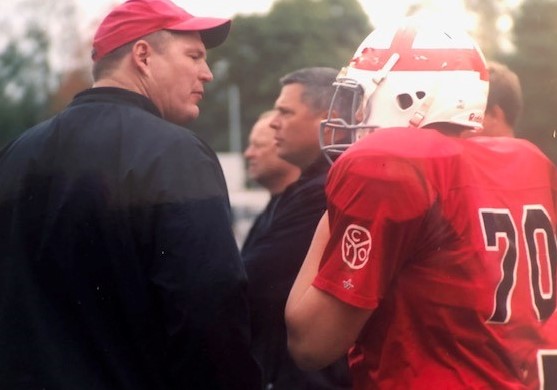 Keith Martin (left) coaching up his son Nick (right) on the sidelines during one of Nick's youth football games.

Keith’s coaching philosophy was centered around giving his sons and other youth players an opportunity to learn the game while also having fun.

“I wanted to make sure they had a good experience and a grasp on the fundamentals,” said Keith, who serves as USA Football’s managing director of football operations. “I thought it was important to teach them technique and how to approach the game but also have a good experience so that they’d want to come back and continue to play the game.”

Zack credits his early football days for teaching him how to be responsible for his role, a skill he uses in the NFL and his personal life.

“I think the biggest thing for me is accountability,” Zack said. “What football does so well is it holds guys to a standard that you have to be there on time, you have to do your job to not let your teammates down. The accountability and responsibility you learn from football you can take with you the rest of your life.” 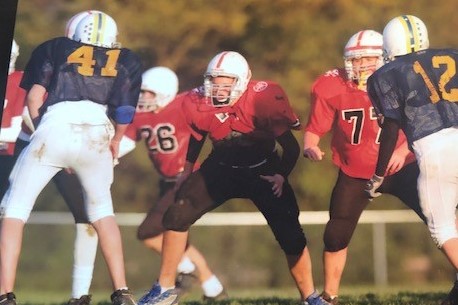 Nick (center in red) anchoring the offensive line during one of his youth football games in Indianapolis, Ind.

For Josh, one of the most enjoyable parts of football was the chance to be with his younger brothers and the lifelong friends he made through the sport.

“It was always a bonding activity,” Josh said. “Even if it is going through two-a-day camp together, where you’re waking up at five or six in the morning and going to practice, you were still doing it together.”

When one family can produce multiple elite football players, it leaves others to wonder how they can replicate what the Martins have done.

“We get asked all the time, ‘What did you do?’” said Keith. “I’m not sure we did anything different than a lot of parents. They got into swimming, they played baseball, basketball, football, wrestling and tennis. It wasn’t until high school that they focused on football and basketball.” 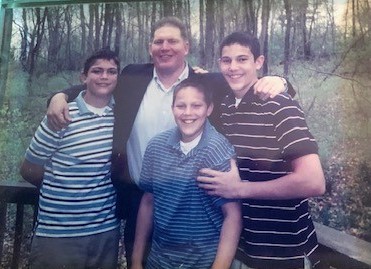 Keith believes the sport of football has taught his sons how to be better people on and off the field.

“I think they are all really good teammates,” Keith said. “I think they are pretty humble kids. They have had success at every level but I think through it all they have remained really grounded. Part of that is the sport itself, but also the position group they are in. Offensive linemen don’t always get the recognition other positons do.”

First meeting his wife through football, him as a Kentucky Wildcats player and his wife a student athletic trainer, and to now traveling to NFL games, Keith knows football has and will always be part of his family.

“Our journey throughout life, football has been a common thread,” Keith said. “I can’t even begin to try to count the number of games we’ve gone to or coached through youth, high school, college and NFL.”