Being Patient as We Wait to Hear if Football will Resume 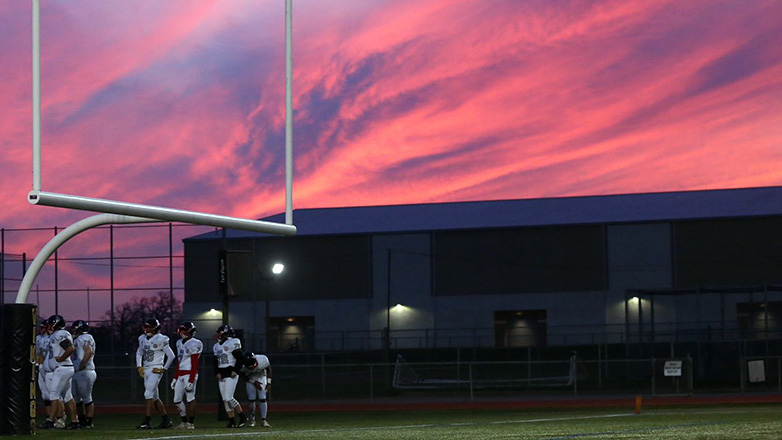 As the United States, as well as the rest of the world, continues to navigate through the COVID-19 pandemic, there still remains the question as to whether or not there will be football at any level this fall. The NFL is going about their business as if they are going to start as scheduled and their mindset right now is to have fans in the stands. Some colleges have already begun off-season workouts, but some have had to take a step back and slow things down because some players tested positive for coronavirus.

But what about everyone else?

It seems as if that question comes up in our house and our community every single day. Here in New York, low-risk youth sports, including baseball, softball, gymnastics, and field hockey, can resume activities on July 6th with no more than two spectators per child in attendance. It’s a positive step because many kids will be able to get back to competition. There are other sports like football and lacrosse that are still waiting for the green light. At this point, the question of whether or not there will be football brings about a big debate among people with a lot of strong opinions.

Sure, there is plenty of contact in tackle football but what medical experts have to determine is the sport can be played without fear of spreading the virus. Is the face mask on the helmet enough? Could the players wear a face-covering inside the helmet? How will the sidelines look? Is there enough room to keep players six feet away from each other when they’re not in the game? USA Football along with medical and football experts are working answering these questions as we speak.

What about flag football this fall? There are no helmets but do the players wear face coverings during the game?

But the uncertainty is certainly on everyone’s mind. Medical experts could determine to proceed with caution and then the decisions shift to the school and program administrators. If they determine it’s okay to have a season, then it’s up to the parents to decide if they will allow their kids to play football. It’s just so hard to predict what is going to happen right now.

If there is football, it will look a little different going forward with new protocols in place to keep players safe. But we’re going in the direction of a new normal and that will include football in some shape or form.

Peter is a sports anchor for the CBS Sports Radio Network and WFAN Radio in New York.  His son Bradley is a participant in the U.S. National Team program while his younger son Jared plays flag football.   Peter, his wife Sheryl and the boys are busy cheering on the New York Jets when they’re not at a youth football field.