Convincing Our Kids to Train When the Season is ‘Iffy’ 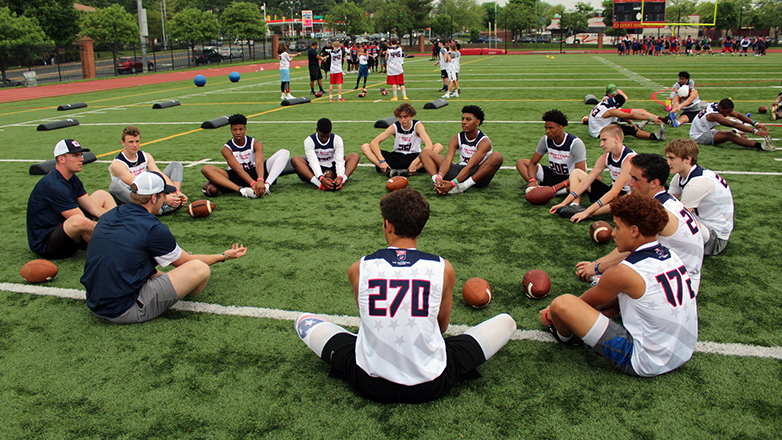 Youth sports has opened up just enough in most states that coaches are able to conduct training sessions for kids of all ages. Many of these workouts are voluntary and therefore left up to the parents if and when their child will attend.

As parents, what we have to be careful about is not letting the threat of a postponed or canceled season sway our child’s practice attendance. We have to treat the upcoming season as if it’s going to occur and start on time, at least until it is officially announced that it’s not.

It’s not difficult to convince high school players they need to train even with the season in limbo. They realize if they don’t and the season does take place, they’ll go into the official preseason training camp at a significant disadvantage with a spot on the team at stake.

But as younger kids are offered practice sessions, it’s harder as parents to convince them that they should go run sprints and do pushups with their teammates “just in case you play.” It becomes even harder when there are opportunities to head to the local pool or hang out in the backyard with their friends instead.

The most important thing to stress with them is their commitment to the team. A team that might not be 100% sure it will have a season is still a group of kids who need to be 100% all-in and prepared if they do. That often starts with us parents.

I’m not saying a player can’t skip a practice once in a while when there is a good excuse like being on vacation or attending a family gathering. The reason shouldn’t be, “I don’t want to go because we probably aren’t going to play real games anyway!” That goes against the theory of commitment.

Another way to explain it to your child is that it’s like their summer reading assignment. As of right now, they probably don’t know for sure whether or not they’re going back to school on time in the fall, but they still need to prepare as if they are and get the reading done. It’s the same thing with practicing – it has to take place in case there is a season.

The other thing to reiterate in both the practice and reading scenarios is that no matter what, they’re still becoming a better student-athlete.