Limiting Time in the Sun is Essential for a Young Athlete 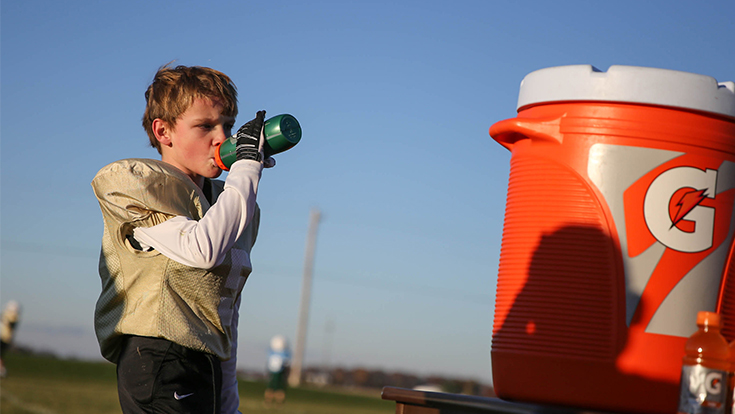 When it comes to playing sports, there’s nothing like waking up on a bright sunny day and stepping onto a field to compete. As far as football is concerned, the opportunity for that is limited to training camp and, depending on where you live, the early part of the season. There could be a time when those bright sunny days turn into cloudy, overcast, rainy, snowy, and cold days. But being out in the sun, especially after being indoors a lot during the pandemic, is something that many people of all ages have been trying to make the most of.

However, for a young athlete, particularly in football, too much time in the sun could be problematic if not monitored and prepared for. If your child is practicing and playing games outside in the sun, it’s a good idea to take all of the necessary precautions and to limit just how much time they are actually taking in some rays. Being out in the sun and playing sports is great, but there always comes a point where one probably needs a bit of shade.

Some coaches or programs may set up some tents on the sideline to give players a break from the sun and heat. If that’s not the case, buying a small tent and even collaborating on that with another parent or two could be the way to go.

Sending your child to camp, practice or a game with a hat is also a good idea as, during any downtime on the sideline, that hat could offer some real protection against the sun.

Sunglasses are typically something you would see with youth baseball but think about sending some with your child to football for any downtime. After going through drills and being in a scrimmage for a while, sometimes it’s smart to have some sort of way to get out of the sun for a bit.

Judging by the experience with my sons, the tolerance for heat and sunshine during an athletic event can increase with age. When a child is younger, it’s inevitable to hear something like, “I need a break” or “I’m really hot”.

However, when a child gets older, those phrases can become a thing of the past. Your son or daughter may be so focused on playing that they try to mentally block out that it’s hot. So, strong preparation and habit forming at a young age are important so that when the child gets older. That way they can be independent when it comes to playing in the sunshine and taking proper breaks from it.

It's great to be outside and to experience playing sports in the glorious sunshine that comes with the summer months – and soon when fall is here.  But it’s important to manage just how much time anyone, especially a child, stays out in the sun.