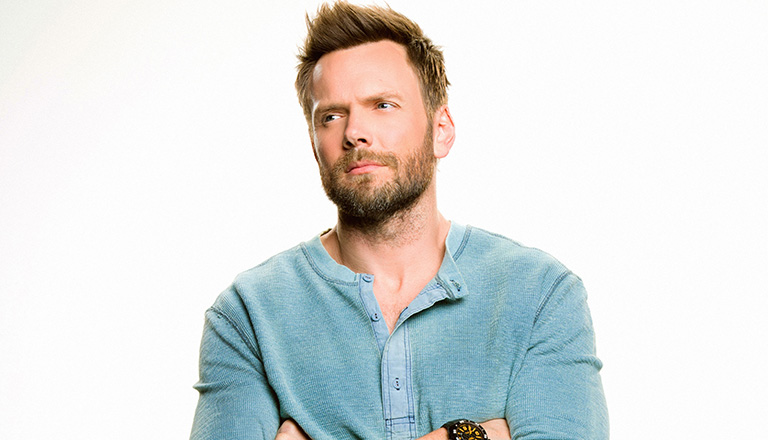 Few people in entertainment today can match the prolific career of Joel McHale. As an actor, comedian, author, TV host, and podcaster – to name just a few of his many professions – McHale has appeared in films such as Ted, Blended, and A Futile and Stupid Gesture, as well as star-making, turns on television as Community, The Soup, and The X-Files. A self-described sports junkie, McHale – who grew up in the Pacific Northwest – began playing every sport he could as soon as he could.

“I think I was throwing balls at things before I could talk,” McHale said. “My first team that I was ever on had to be in either Kindergarten or first grade. I played every single sport. I loved it so much. If a sport had a ball and it involved running after it, hitting it, or catching it, I was all in. I still to this day have that competitive itch and my friends will tell you that it is not entirely healthy.” 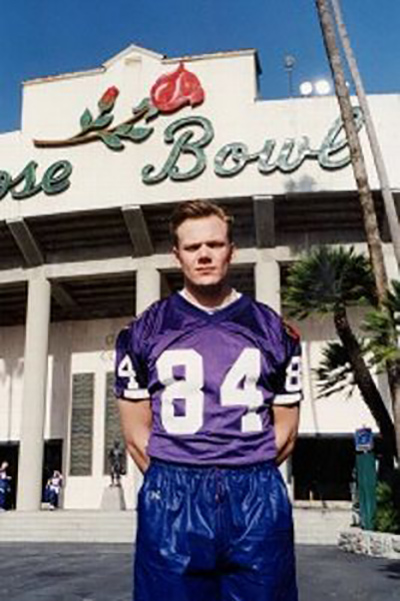 McHale’s journey into football is as atypical as it gets. He would play just one season at Mercer Island High School before giving up the sport and he would not pick it up again until college. The future host of TV’s Card Sharks would enroll at the University of Washington, originally being recruited to participate on the rowing team. However, a “disagreement” based on the team’s rules and culture and an almost throwaway conversation with a fraternity brother led him to walk on for the Huskies.

“I played football for a couple of years in grade school and I played my freshman year in high school and then I never played it again until college,” McHale explains. “I went to college to row out of high school and I was pretty good at that. I have a theory about sports that don't have a lot of spectators and that is that they make up for that with a lot of hazing because it makes them feel important. Long story short, if you made the freshman rowing team, they would shave your head and your eyebrows off and stuff that hair into a pillow and then it would join the other hair pillows in a display case and that was a little too weird for me. I quit the team and I was friends with some football players. They said come out for football and I did. That was literally the extent of it. No real thought went into beyond 'Okay, let's do this now.'”

Before long, McHale was holding his own as a scout team player for one of the best teams in college football, one that was just a year removed from winning the National Championship. Led by the legendary Don James, the Huskies were littered with All-Americans and first-round NFL Draft picks. After bluffing his way on to the team, after time, McHale found himself fitting in with the Huskies and soon began thriving.

“Two years into it, I had put on 50 pounds practically and I was having a grand old time,” he said. “I wasn't great at all, but I was good at practicing. I got redshirted my second year in, which showed they thought a little of me, but I was never going to be much of a factor on the team. [Playing tight end] I was behind [future NFL players] Mark Bruener and Ernie Conwell, who were unbelievable athletes and I was like a child compared to them. They were like superheroes. Ernie and Napoleon Kaufman were the two most amazing athletes I had ever seen. I was nothing compared to them, but I had a really great time and I learned so much from seeing guys play at that level and seeing the work ethic it takes to succeed at that level.”

In his two seasons on the team, McHale found himself divvying up his time with basically three full-time jobs: one as a student, one as a member of the football team, and one as a performer in the theater department. From an early age, McHale found himself drawn to acting and knew that this was what he wanted to do with his life. While he was making great strides on the gridiron, he knew that he would have a greater chance of finding success as an actor.

“Balancing all three really wasn't that hard for me,” McHale said. “I have always had this drive to work. Once I got onto the football team, I never missed a meeting, I was never late, I put in all the work in practice, so after a time, it became a habit and part of my routine that this is just what needed to be done. I was accepted as part of the team so much so that when I left, I really felt that loss. I loved acting and once I started getting paid decent money for jobs, I knew I was making the right decision. I still missed it though and I'm still a huge fan to this day.”

Whether on the football field or on the stage, McHale has almost instinctively known that the key to success has been an unwavering willingness to put in the work. In whatever he's attempted to do, McHale has been characterized by an almost compulsive drive to work harder than anyone around him in order to get better at whatever he was doing. This drive paid off in athletics and it has certainly paid off in his extremely successful career in entertainment.

“This is nothing new or anything, but the one 'skill' that translates from sports, from football to acting is work ethic,” McHale said. “It's such a cliché, but you just have to put in the hours to be successful. It all comes down to that. Even for people that are super successful, I think there's a misconception that they just sit back and do their thing. They don't. Those people work even harder than everybody else does. When the workday ends, they keep working. I have been this way even before I made a dime in entertainment and I don't think I could do things any differently.” 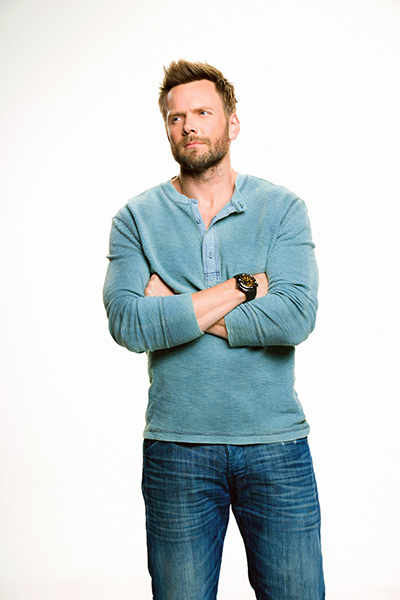 Please credit photos to the University of Washington Athletics and Joel McHale.