Legendary coach binds life, resilience, and a championship in “4th and Redemption” 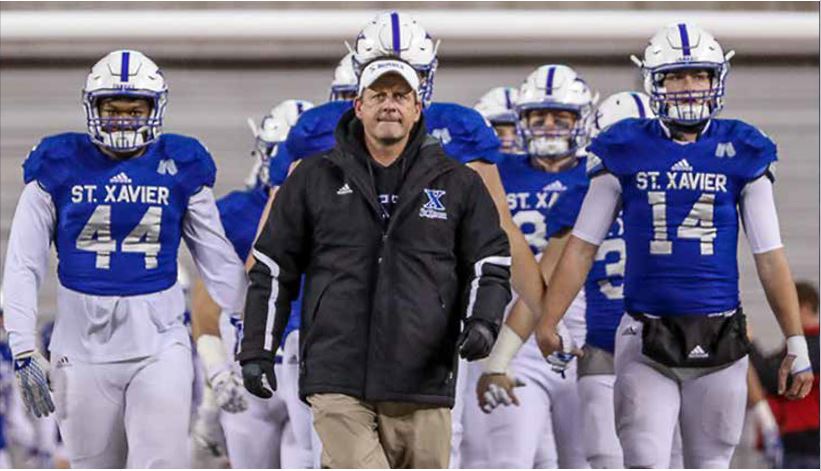 Every season tells a story.

In 2016, Cincinnati St. Xavier High School had one that will captivate readers for years. Although the Bombers played one of the country’s most challenging schedules, a 4-5 record with one game left in the regular season gave little indication of the improbable run that was to come.

Gut-wrenching defeats and adversity in those first nine weeks directed 107 high school boys onto an electrifying onramp of six consecutive wins. Five of those victories came in the postseason en route to an Ohio Division I (big school) state title and an indelible life journey. 4th and Redemption is a book capturing that journey, written by the school’s legendary head coach and alumnus Steve Specht.

“This book is about hope in the midst of struggle – and we all struggle,” said Specht, whose work with USA Football began in 2008, spanning U.S. National Team coaching staffs, a term on its board of directors, and (currently) its roster of Master Trainers. “But there’s always hope. This team overcame so much adversity. They kept plugging and didn’t give up.”

Eight years earlier, as head coach of USA Football’s first U.S. Under-19 National Team, Kyle tabbed Specht to be his defensive coordinator for the International Federation of American Football Under-19 World Championship in Canton, Ohio. The Americans proceeded to go 3-0 and earn the world championship’s gold medal.

Specht, the 2013 Don Shula NFL High School Coach of the Year, has led St. Xavier to three Ohio Division I state titles. In 4th and Redemption, he weaves intense 2016 game accounts, life-enriching themes and captivating anecdotes in each chapter, such as recalling a 22-year-old Urban Meyer who served as his position coach when Steve was a high school senior. Meyer, who went on to win three college football national championships at the University of Florida (2006, 2008) and Ohio State University (2014), wrote the book’s foreword.

The inspiration to write 4th and Redemption stems back to 1991 when Specht was 23 years old. Upon his father’s death that year, he drafted a bucket list of things he wanted to accomplish. Twenty-nine years later, with many items crossed off that long list, one still remained near the top: “Write a book” – a challenge he undertook this past April.

Specht writes in the book’s epilogue: “Since I had graduated with an English degree, I always felt like I should put it to good use. You don’t exactly have time to write much as a high school football coach, but the coronavirus gave me the time.”

A read for all seasons, 4th and Redemption is available at coachspecht.com.