How Parents Can Help Keep the Game Fun 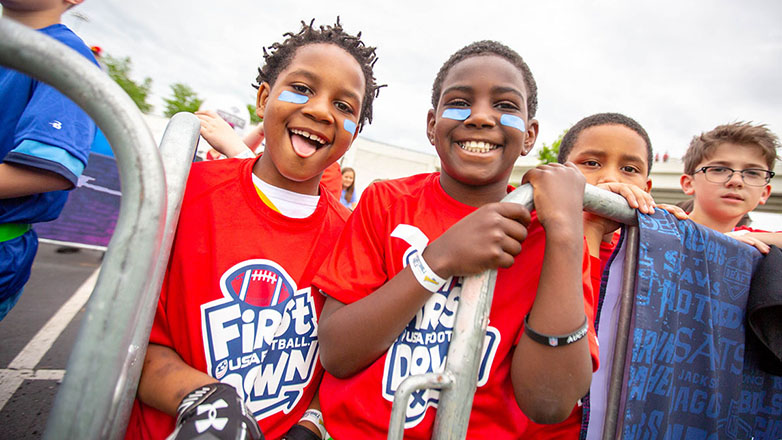 If you’ve ever seen the movie “Varsity Blues”, you’ll remember the scene where the star quarterback suffers a serious injury and the young man’s father in the stands saying “Lord, don’t do this to me”.

Do this to you? Isn’t it all about the kids? That wasn’t you out there taking that hit.

As part of USA Football’s Football Development Model, the pillar of “Fun and Fulfilling” is defined as:

“Football is a game before it’s a sport. No matter the level, it should be fun.  We will start with skills and personal success to ensure fun stays a priority when competition begins.”

Football can be a lot of fun for everyone. The parents can keep it fun for the players and coaches by doing what they do best, which is instilling a strong work ethic in their kids, encouraging them to be the best that they can be, and cheering for all of the kids at the practices and games. What can prevent the kids from not having fun is parents becoming too involved or making a spectacle of themselves.

But there is a way for parents to have fun in games and practices.

Here is a list of “Do’s” and “Don’ts” for parents at the youth, middle school, or high school levels.

•    Make sure your child has everything that they need for the game or practice including equipment, uniform, and water bottle.

•    Volunteer to help out in some way like working the concession stand or being a part of fundraising efforts.

•    Support the players and team by wearing apparel and cheering for everyone – not just your child.

•    Be there as a resource for other parents who might be going through the youth football experience for the first time.

•    Scream out any rude comments about players or coaches for either team.

•    Yell at the officials. Keep your thoughts and comments to yourself and if there was a bad call, let the coaches handle it.

Just remember, football is a game where everyone involved can have fun.  It’s up to the parents to avoid being a distraction and making the job harder for the coaches and the players who also want to have fun. There’s nothing like seeing the smile on your child’s face after a win but while it’s tough to see the frown after a loss, the expressions could be worse if you did something to harm the experience.