Teamwork. Perseverance. Hard work. Discipline. The list goes on and on when players, past and present, are asked, “What has the game of football taught you?”

There is a social harmony in football that simply isn’t and cannot be replicated in other sports. Steve Tate, coach of the Olympus youth football team in Holladay, Utah, can attest to that fact because he’s seen it and experienced it, formerly as a player at the University of Utah and now as a coach to 7- and 8-year-olds in Salt Lake City’s Ute Conference.

But also ask Steve Tate and he will be the first one to tell you there are things life teaches that you cannot get from football. But what those life experiences do is create a newfound perspective that can be applied to the gridiron.

“When you can create perspective for kids early on outside of football and use that perspective within the game of football, you maximize their talent and get them to play for something bigger than themselves,” Tate said. “It helps to keep them grounded but motivated at the same time.”

The perspective Tate speaks of is founded in one of life’s harshest realities: childhood cancer. Earlier this month, Tate’s team took the field against Kearns (Utah). One of the first things he noticed were the gold ribbons on the socks of the Kearns players, which served to honor one of their teammates currently battling cancer.

Three days later, Tate led his Olympus players to a surprise visit to the boy’s house with gifts for him and his family. 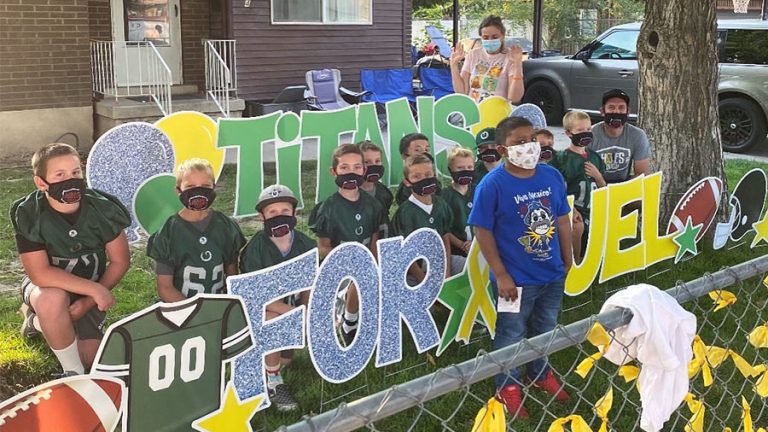 “The visit was every bit as impactful for us as it was for them,” Tate said. “By nature of living in Holladay (Utah), some of our kids don’t have the most accurate sense of reality, and when you can open their eyes to see what some people are facing, it creates compassion and we could all use more compassion in our world.” 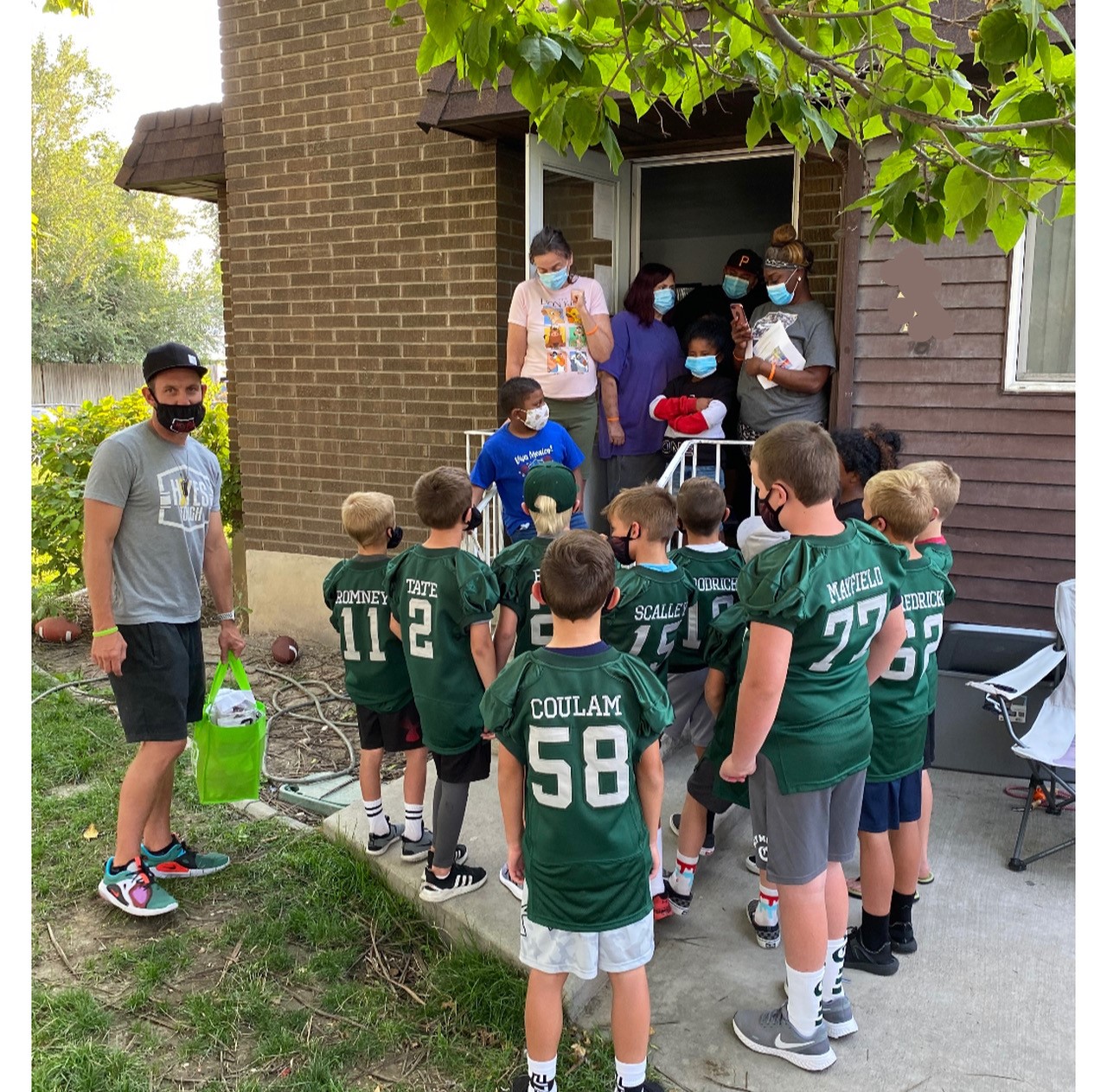 However, this wasn’t the first visit Tate made to help a family experiencing childhood cancer. It’s something he and his family have been doing since 2016, and something they know all about because they were once one of those families.

Ten months after welcoming triplets in March 2015, doctors discovered a tumor that took up a third of his youngest’s brain. Hayes Tate was diagnosed with Choroid Plexus Carcinoma, an extremely rare and aggressive form of cancer.

After receiving treatment that saw Hayes receive six rounds of an extremely high dose of chemotherapy followed by a stem cell transplant, he went into remission for six months. In November 2016, Hayes’ cancer returned, and on December 3, 2016, Hayes passed away surrounded by his family.

During Hayes’ battle with cancer, Tate and his wife started the HayesTough Foundation, aimed at providing financial support and hope to families affected by childhood cancer. On top of supporting families, the foundation’s mission is to fund research for childhood cancer.

“Unless you’re impacted directly by childhood cancer, it’s easy to live your life and forget about it,” Tate said. “But if you do that, it gets overlooked, becomes undervalued and ultimately underfunded. In my wife and I’s position, we’re there to not forget about it.” 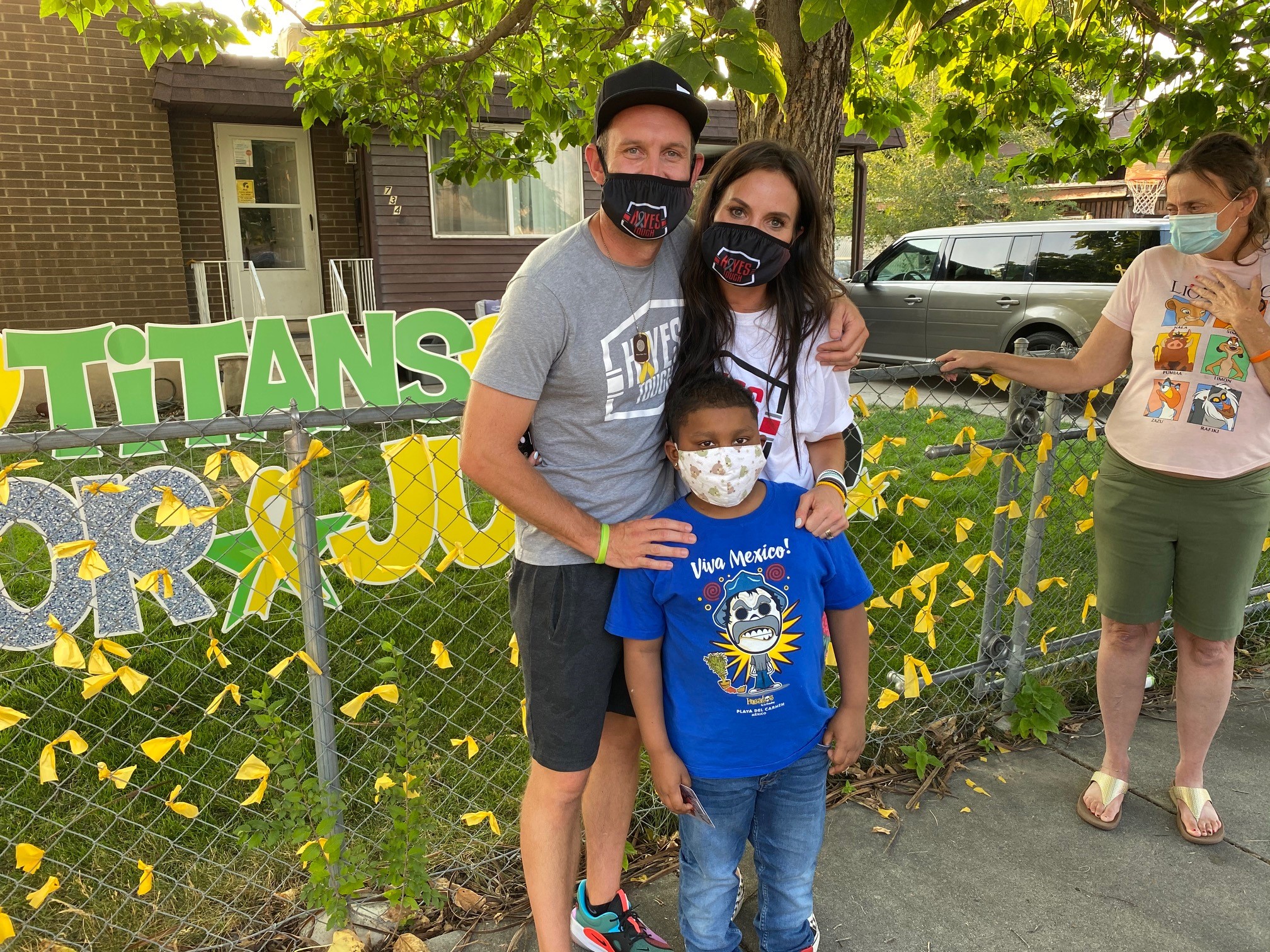 When Tate and his team had the chance to visit the Kearns boy and his family, a connection was established immediately, something that has kept Tate and the foundation going all this time.

“The biggest thing that I draw from all that is if you aren’t creating an emotional connection with people, what’s the point?” Tate said. “It’s the sole reason we do what we do. That emotional component is what drives my family, drives the foundation and keeps our son’s legacy and story alive.”

Though only in his first year coaching the Olympus team that plays in the Ute Conference’s Scouts division, using his position as coach to positively impact his players and the community they live in is nothing new.

“When I coached my older son’s team, we put together a toy drive where all the kids got to pick out toys for kids in the hospital and then we delivered them in person,” Tate said. “We were able to build a unique opportunity there, but I’m always looking to come across new opportunities. As a competitor and former player, I’ve always said winning is important. But it’s secondary to making sure these boys become good young men and undergo experiences that’ll serve them for years to come on and off the field.”

To learn more about Hayes and the HayesTough Foundation, visit hayestough.org.