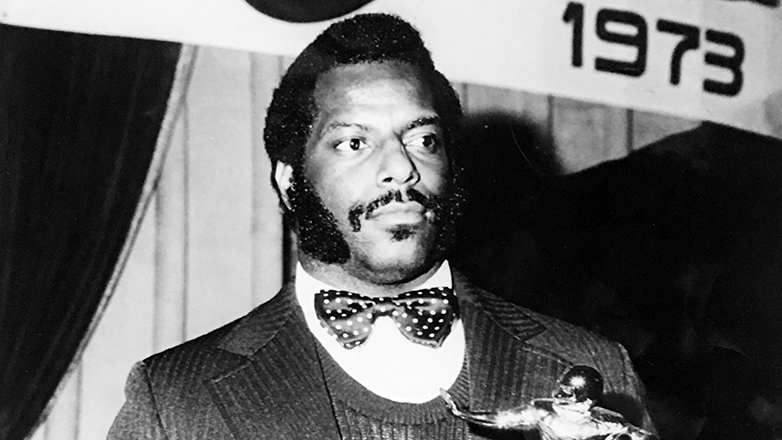 In 2020, Dr. Dennis Thomas began his 19th year as Commissioner of the Mid-Eastern Athletic Conference. As one of the most respected sports administrators in all of college athletics, Thomas has been the guiding force for his conference and it’s 11 members.

He has overseen the conference’s expansion, the creation of its first esports league, and the purchase of the conference’s first headquarters. Through it all, with all of his numerous successes and professional accomplishments, Thomas has not forgotten where many of his most-important life lessons have come from: The gridiron.

Growing up in rural Mississippi, Thomas got his start in football due mainly as a result of the simple reason of not wanting to learn to play the piano. When presented with the option of taking music lessons or playing sports, Thomas dove headfirst into athletics. Excelling in both track and football, Thomas soon found that his athletic ability was opening doors from him academically and he would earn a scholarship to Alcorn (make sure you pronounce it “All Corn”) State University. His decision to attend the school was a virtual no-brainer.

“There is a significant family history there at Alcorn State,” Thomas explained. “My grandfather, my mother’s father, graduated from Alcorn in 1915. My Mother graduated from there. I also had an aunt that graduated from Alcorn, as well. I have a strong family tradition there. I do have an older brother and he received a scholarship to Jackson State. After he went there, I was wondering what that experience was like. I talked to my mother about it and told her I was still deciding between Alcorn and Jackson. She said, ‘You see your brother out there sitting outside on the back porch?’ I said yeah. She said, ‘He went to Jackson State and that’s why he’s out there and not in here with us.’ So, I went to Alcorn.”

Suiting up for the Braves and legendary Head Football Coach Marino “The Godfather” Casem, Thomas would help his team win the Southwestern Athletic Conference (SWAC) Championship in 1970. Later on, as an assistant coach, he would help win the title again in 1976, 1979, and 1984. While under the tutelage of Casem, Thomas learned incredibly important lessons that he would carry with him for the rest of his life. Lessons about teamwork, sacrifice, and most importantly, the value of hard work. This last lesson has proven to be the one that has driven him the most. 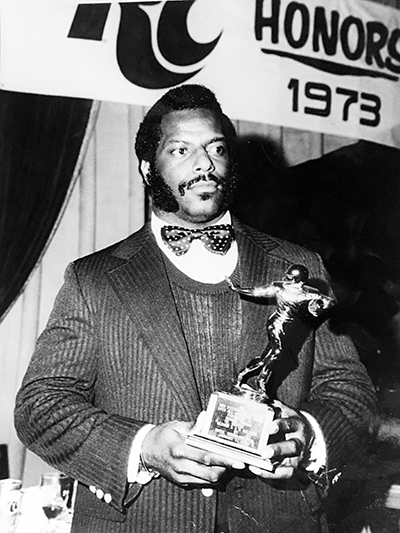 “Coach Casem was a real student of the game,” Thomas said. “He was very detail-oriented, and he expected his players to play up to the very best of their abilities, every play, every practice, and every game. He taught me so much about not just football, but about life. I got to see him in two different ways, first as a player and then as a coach on his staff. The most important thing I learned from him was that you should never let anyone out work you or out prepare you.”

While in the midst of his coaching career, Thomas went back to school to earn his master’s degree and then his doctorate as he knew he wanted to take his professional aspirations into the administrative side. He started his career at Hampton University, helping lead his programs to 17 Central Intercollegiate Athletic Association (CIAA) Division II championships between 1990 and 1995 and 11 MEAC championships between 1996 and 2002 before taking the head job with the MEAC. Despite all of his achievements and accolades, Thomas remains humble and still reflects back on the key lesson that the game has taught him. He knows that at the root of all of his success is tied to one foundational truth. 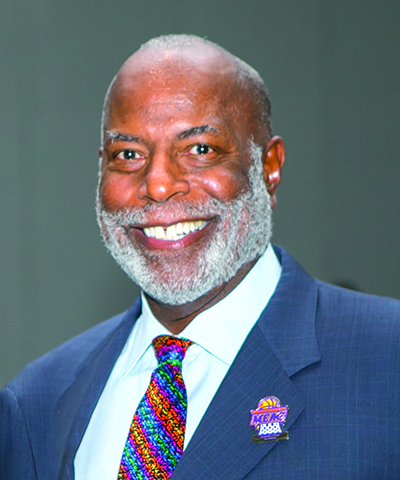 “All of the lessons that football teaches you and instills in you, all of these can really help prepare you for whatever you are going to do in your life,” said Thomas. “For me, football gave a determination, it gave me a work ethic, and it gave me the exposure to a diverse group of people. My mother and father inculcated that work ethic in me, but football, that solidified it.”