Helping Your Athlete Prepare for Playoffs 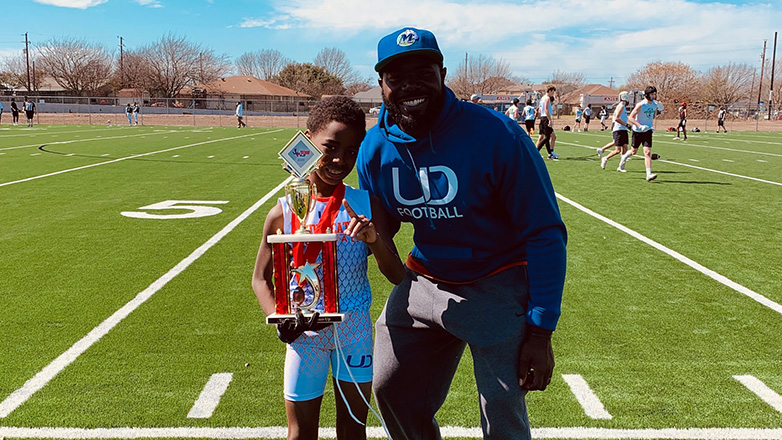 At many levels of football, including high school, college and professional, the ultimate goal is to compete for and win a championship. The importance of properly preparing for the playoffs gradually grows from the early years of youth football to the more advanced years when winning games begins to battle player development as a point of emphasis. In some cases, every team in a youth football league makes the playoffs. Speaking from my son Bradley’s journey, there can be different tiers of playoffs depending on the records.

My younger son Jared is in his fourth year of flag football. There is a delicate balance between trying to win, developing skills, and making sure that all of the players get moved around to different positions to ensure that everyone gets enough touches. All of the teams make the playoffs. Once again, depending on the age group, how seriously the players take it, and how much emphasis the coaches place on winning, there are ways to prepare for the playoff at any level or type of football.

How a parent can help a child prepare for the playoffs certainly differs depending on the age. If a child is playing youth football at the age of 6 or 7, the end result of the game may or may not have an emotional effect on the player. Certainly, as kids get older and become fans of college and pro teams, they will develop that desire to win. I remember Bradley’s youth football team losing a playoff game in a heartbreaking and controversial fashion, it took him a few hours to cool off from the sadness.

A lot of the real preparation for a playoff game is really up to the coaches, but from a parent’s point of view, all you can really do is to make sure your child is in a good frame of mind during the course of the week. Your child may be spending a lot of time thinking about the game, but we’ve always found that a good thing to do is making sure there are some activities to take his or her mind off of it. A youth football playoff game at the age of 9 or 10 can create memories that will last a lifetime, but it also shouldn’t be something that can cripple a child’s attitude or emotions.

Youth football has been a fun experience for my family and that has included a spectrum of emotions. Bradley has been on a couple of youth football championship teams, but he’s also been on teams that didn’t enjoy a great deal of success. Jared was on a flag football team that made a deep playoff run a couple of years ago. He’s on a really good team this year but has also experienced his share of losses. Regardless of whether a playoff game ends in a win or a loss, Sheryl and I just try to help put things in perspective and look forward to what lies ahead.

The playoffs can be the best time of the year for a youth football team, but it can also be a time of great anxiety and frustration. Either way, all a parent can do is be there to provide support and guidance to keep them focused on the big picture.