4th & Forever: Eddie Jackson – From the NFL to The Next Food Network Star 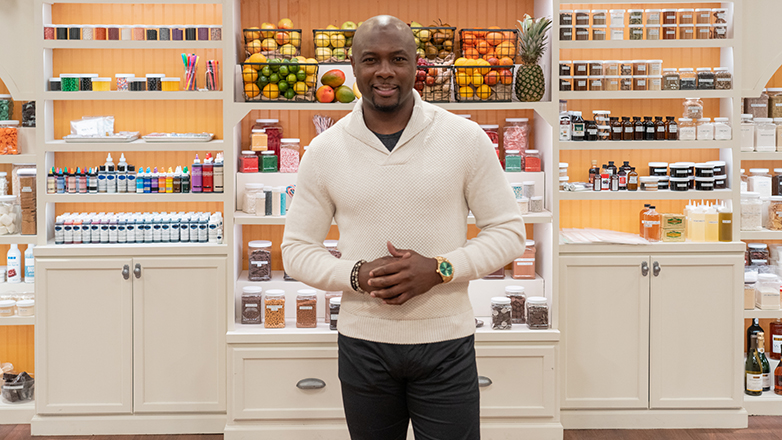 It’s an adage that football prepares those who play it not just for the sport, but for life. Anyone who has suited up on the gridiron is fully aware of the multitude of life lessons that the sport has to offer. Those life lessons extend well on into life off the field can be applied to almost every facet of life.

For Eddie Jackson, the lessons he learned on the schoolyards of Houston, Texas, and on Saturdays at the University of Arkansas and under the bright lights of the NFL have helped prepare him for life as a celebrity chef, restaurateur, business owner, and television host. While the parallels may not seem immediately present between the gridiron and the kitchen, for Jackson they were crystal clear and began to manifest themselves early on in his playing days. 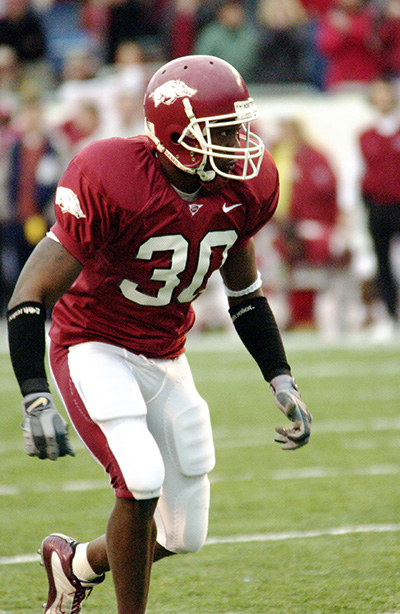 “In football and in cooking the best thing you can be is prepared,” Jackson said. “In football, you prepare at the beginning – the beginning of the season, the beginning of the game week – for the game. You prepare mentally and physically. In cooking, there is the term mise en place, which literally means ‘everything in its place.’ You need to have everything prepared in advance, like dicing your onions and having your cooking station in order. For me, mise en place is just like preparing for your opponent in football.”

As a speedy and lanky defensive back in high school, Jackson had numerous offers to play his college ball. However, the Arkansas Razorbacks offered him an opportunity too good to pass up. While a star on the football field, Jackson was also one of the best track and field hurdlers in the country. Arkansas had long been a track and field powerhouse and the Razorbacks offered him the chance to play at a high level in both sports right away. 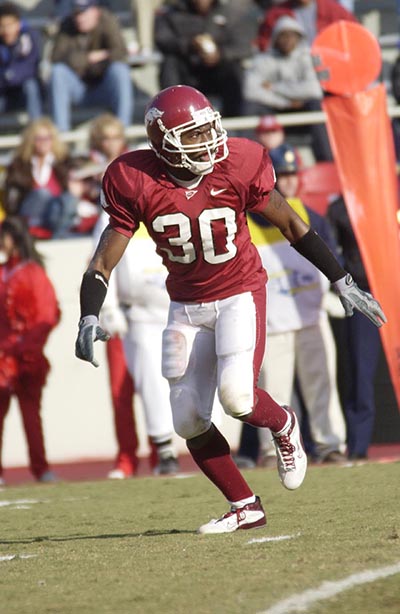 By the time he left Fayetteville, Jackson had not only been a longtime starter in the Arkansas defensive backfield, but also an All-American hurdler and four-time National Champion. He still holds the freshman record in the 110-meter high hurdles.

“For me, football and track really went hand-in-hand,” Jackson said. “I was a defensive back, which meant I had to be really fast. So, for me, I always looked at track as offseason training for football. I ran hurdles and did the long jump, so most of my workouts were sprinter workouts. That all helped going back to football. It was a little difficult in that there was so much travel involved with track. While my teammates were back in Arkansas for spring ball, I was traveling to California and Oregon and all of these places to go to these track meets. In the end, though, I think it all helped me be a better player and I loved my time there at Arkansas.”

Jackson went undrafted in 2004 but soon found himself a member of the Carolina Panthers. He would sign the next season with the Miami Dolphins and would last two seasons in South Beach before injuries derailed him. He signed as a free agent in 2007 with the New England Patriots and was part of the team that went undefeated during the regular season before being upended in Super Bowl XLII. He credits this time with one of pro football’s greatest dynasties with teaching him the most about the game. 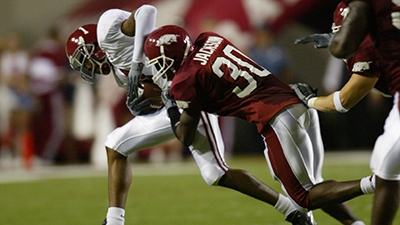 “It’s not everybody that gets to say that they played with Tom Brady and Randy Moss and I got to do that season,” said Jackson. “That year was so eye-opening for me, not just in football, but in life. I really learned what it meant to apply your work ethic and truly be prepared for something. Bill Belichick is the best at what he does for a reason. He has his teams prepared beyond prepared for everything and that is why they have had so much success up there. I really learned a lot just being a part of that for the time that I did.”

Injuries finally put Jackson on the sidelines for good the following season and it was at this time that he began to seriously think about exploring one of his other passions: cooking. He had learned to cook at an early age and had always felt he could do more with his skills. He initially contemplated owning a brick-and-mortar restaurant in Miami, however, he soon found the perfect avenue for both his cooking abilities and his business acumen when he purchased a Caribbean fusion food truck.

“My career got cut short the way a lot of guys careers do, because of injuries,” he explained. “When I was in New England, I really had to think about what I wanted to do after football. I have always cooked. My Grandma was a chef and I was always around her and learning from her. In college, I would actually sell plates for $5 to my teammates to make a little money and when I got to the NFL, whenever we had a team event, I would make the food.

“People would ask, ‘Who made that?’ and I’d say, ‘Me.’ I was always known as the cook. I knew I wanted to do something with food, but I wasn’t sure how to go about it. When I retired, I ended back in Miami and I bought a food truck right around the time that became really trendy and it took off and the rest is history. I now own a food truck park and beer garden in Houston, and I love having this outlet for food and entertainment.”
After a few years in the food truck “game,” Jackson soon wanted to stretch his skills even further. He saw an advertisement on the Food Network for submissions for the contest show The Next Food Network Star. Jackson submitted his application and after a grueling vetting process and even more grueling competition, he was crowned season eleven’s winner in 2015. Since that time, Jackson has gone on to host his first show, BBQ Blitz, as well as serve as host for the past three years of the Christmas Cookie Challenge (currently airing on Food Network). 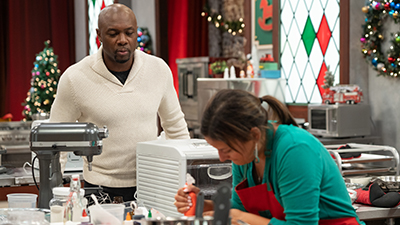 “The Christmas Cookie Challenge has been a lot of fun to be a part of,” Jackson said. “This is our third season and it’s centered around cookie makers from around the country. I have to be honest and say that, before I started the show, I had no idea how many of these cookie makers there were. These people are extremely talented and extremely skilled in baking and decorating their cookies. The chocolate chip and oatmeal that we grew up with, naw, these people put those to shame. I love having this role with Food Network and I hope to one day be one of their top talents like a Bobby Flay or a Guy Fieri. Whether it’s hosting or having a cooking show, I want to be one of the mainstays on Food Network for years to come.”

Now fully entrenched as one of the Food Network’s go-to on-air talents, Jackson has embraced his life as chef and television personality. While his days on the gridiron may be in the past, they are never forgotten. He will always remember the lessons that the game taught him, and he will continue to apply them in his new career.

“I know I’ve mentioned this before, but the one thing football taught me above everything else that has helped me in this new career is being prepared,” Jackson said. “In everything I do, whether it is my beer garden or my hosting job or what have you, I have to be prepared to be successful.”

Photos are courtesy of the University of Arkansas and Food Network, respectively.