Why I’m Thankful to Be a Football Dad 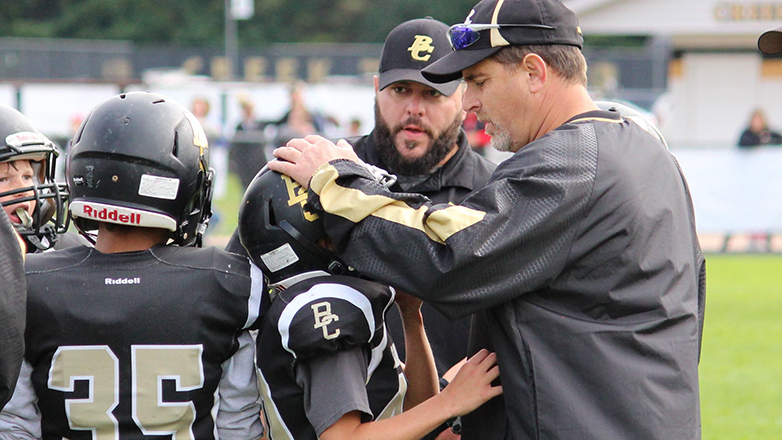 As my family and I get ready to celebrate Thanksgiving, there will be some semblance of normality about it as being together on this great holiday is something that we’ve been fortunate to experience over the years.  Because of what I do for a living, there have been some years when I’ve had to work at some point of the day but there has always been a large portion of Thanksgiving when my family and I have been together enjoying the turkey and other traditional delicacies while watching plenty of football.

But this is 2020 and the COVID-19 pandemic is changing a lot of plans for many people across the country with national and local officials stressing how important it will be to not have large gatherings in order to try and slow the spread of the virus.  My immediate family and I will be together but being able to see other family and friends on Thanksgiving may not be in the cards this year unless the weather allows for it outside. We will do some drive-by hellos and see people virtually.

But when it comes to normality about this Thanksgiving, there’s so much to be thankful for. An overwhelming emotion is having family and football being a part of the special day. With my older son Bradley having played tackle football since he was four and my younger son Jared just finishing his fourth year of flag football, I’m extremely thankful to be a football dad and there are a plethora of reasons why.

I’m thankful to have my wife Sheryl, the best football mom in the world, along for the ride. I’m a better football dad because of how great of a football mom she is.

I’m thankful that Bradley has been able to learn from the great lessons that football has to offer. He is a better leader and a better teammate in many aspects of life because he plays football.

I’m thankful that Jared has also fallen in love with football. He tried tackle five years ago and wasn’t comfortable with it, but he is now ten and absolutely loves watching football, playing flag, and learning the history of the game.

I’m thankful that my wife Sheryl loves football. It’s something she learned from her father growing up. Not that I have to say this given how many women are involved in the sport these days, but she is really knowledgeable about football I think that’s awesome.

I’m thankful that Bradley has grown as a center over the years, won a couple of youth football championships, and participated in two USA Football Middle School Bowl Games. There have definitely been some happy tears shed over the years and I’m sure there’s more to come.

Speaking of happy tears, I’ve shed a few of those watching Jared score some touchdowns and registered some sacks in flag football. I’ve shed some unhappy tears when he won’t give Dad a football card of one of my favorite old Jets when he opens up a vintage pack!

Card collecting has actually helped him learn a lot about the sport so I’m thankful for the time during the pandemic that I’ve been able to share with Jared and Bradley collecting cards.

I’m thankful that my job experience over the years has allowed me to be involved with football in many ways including as a reporter and as a play-by-play announcer. I’m thankful that I have a great football family that loves the sport and for the many great moments we’ve shared with more still to come.

Happy Thanksgiving to everyone, including all of the great football families with so much to be thankful for. Be safe and enjoy football and food!