4th & Forever: Jed Collins – In Football, In Finance, In Life … You Have to Steal Inches 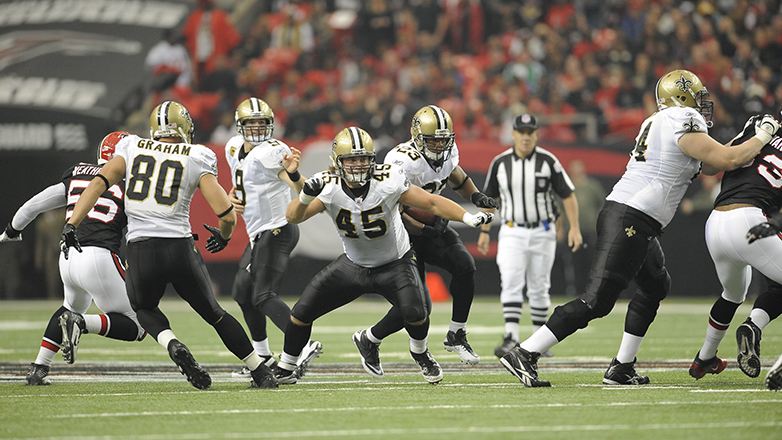 Before embarking on a stellar eight-year career in the NFL as one of the game’s best fullbacks, Jed Collins followed a somewhat unlikely path to get there. He did not get into the game until his freshman year of high school in Mission Viejo, California. Coming from a basketball family, Collins was the youngest of his three brothers and was looking to forge his own path. He found the physicality and camaraderie of football to be perfect for his budding athleticism and intensity.

“When I played basketball, people always called me a bull in a China shop and I never really knew what that meant,” said Collins. “My freshman year through college and into the NFL, I had to learn how to create controlled aggression. Football was a great outlet a young man. [Football] drew me in, because I knew the toll it was going to take to be good. Not just the pain measurement, but also in knowing that the guy next to me was going through the same thing and that forged a bond I never experienced anywhere else in life.” 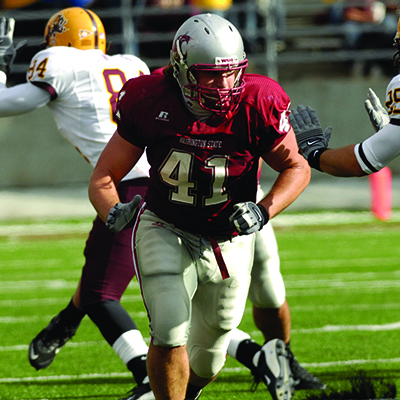 Despite his late start, Collins soon worked his way into becoming one of, if not the most highly rated high school linebackers on the West Coast. Despite all of his accomplishments on the field, he found his options for continuing his playing career at that position limited. He would ultimately sign with the Washington State Cougars, but a position switch was still in order. Collins would move from linebacker to tight end and after an adjustment period, he became one of the top tight ends in the then PAC-10 Conference. Before leaving Pullman, he would set a school record for catches by a tight end in 2007.

“There really are no pulled punches when you are asked to switch positions,” explained Collins. “Coaches are pretty direct when it comes to that. At Washington State, I was basically told I wasn’t fast enough to play linebacker and I wouldn’t be able to get on the field that much on that side of the ball at that position. I said ‘Hey, special teams, linebacker, tight end, whatever you want me to play, that’s what I’ll do.’ Sometimes, players get into a mindset that they’re a position rather than a football player. I was always a football player.” 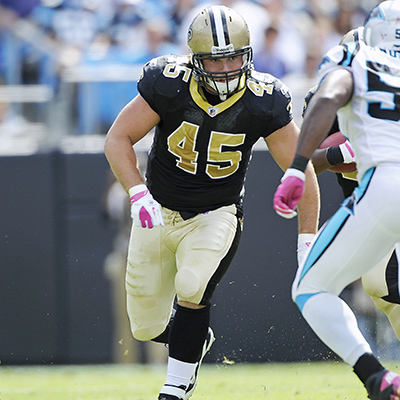 I said ‘Hey, special teams, linebacker, tight end, whatever you want me to play, that’s what I’ll do.’ Sometimes, players get into a mindset that they’re a position rather than a football player. I was always a football player.

Heading into his senior year, Collins had the rare distinction of being the shortest starting tight end in Division I. When it came time to head to the NFL, because of his size, another position switch was in order. He would go undrafted but would sign as a free agent with the Philadelphia Eagles and then the Chicago Bears and Cleveland Browns his rookie year. His greatest success would come when he landed in New Orleans with the Saints in 2010 where he would remain through 2013. He would become the team’s starting fullback and was recognized as one of the best in pro football.

“Going into my first training camp in Philadelphia, it was surreal to see a jersey with ‘Eagles’ on it and ‘Collins’ on the back hanging in my locker,” Collins said. “It’s an overwhelming experience. I wish I had that inner confidence that a lot of guys had, but I didn’t have that, and I really didn’t think I belonged there yet. That showed my rookie year. I found there was a thin line between cockiness and confidence, and it took me a while to get to that point. Being with the Saints really changed my life, but it took me a long time to get to where I felt I belonged in the NFL.”

The distinction of coming into the NFL as a free agent helped sharpen Collins’ focus on the reality of the finiteness of his pro football career. While trying to find his footing in the league, he was still developing his outside interests in finance. He would hone his skills while taking courses to earn his certification as a financial planner. Once he stepped away from the game, Collins was able to put his skills that he learned on the gridiron to good use in the world of finance. Now an entrepreneur, financial planner, and wealth coach, Collins is able to compete in the world of money rather than football. 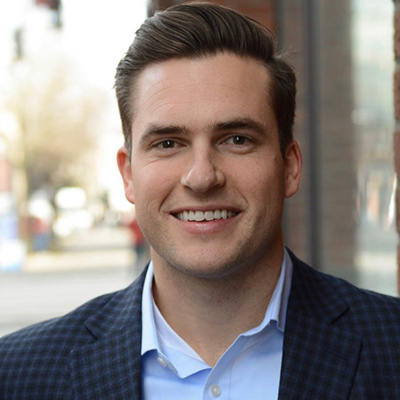 “I have whole seminars on [the relationship between] football and finance,” explained Collins. “The ability to build out habits and trust your routines is really one of the key similarities between the two. You look at a guy like Drew Brees who I got to play within New Orleans. He has been successful for so long, season after season because he has built routines. In finance, it is no different. You get a paycheck and then what is your routine? What are your habits? What are you telling yourself? Also, one of the great lessons that translate over is what I like to call keeping the main thing the main thing. [Basketball Hall of Famer] Pat Riley used to say that, but it works in football and in money. In football, the main thing is doing your job on the field. In money, it’s important to determine what that main thing for you is and stick to it.”

Now fully ensconced in the world of finance and in developing his business, Money Vehicle, Collins also finds joy in the game by being a radio analyst for his alma mater during the college season. While he was arguably never mean to find himself in the game of football, it would still find a way to imprint itself on him in nearly every facet of his life. While he is more than half a decade removed from putting on the pads, he still has never left the game nor its important lessons behind.

“I got to work out one year with a guy who was a 15-year veteran at linebacker in Kansas City,” Collins said. “During the offseason, we would work out. When we were required to run 40 yards, this guy would run 45. We’d go into the weight room and we do a 10-rep set of 225 pounds and this guy would put on 250 pounds and do a set of 11.

In football and in finance, it’s the smallest, minute details that set you apart. 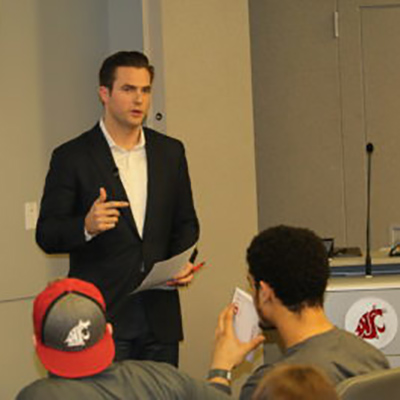 “Everything he did was like that. If we would watch two-game films, he would watch three. I finally asked him what are you getting out of this? He said ‘Look around. Every guy in here is younger and healthier than me and is after my job. I made it 15 years for one reason and that’s that I steal inches.’ He actually held up his fingers and showed me an inch. He said ‘An inch leads to a yard, a yard to a first down, a first down to a win, a win to the playoffs, and the playoffs gets you a chance at the Super Bowl.’ It was that mindset that I never forgot. In football and in finance, it’s the smallest, minute details that set you apart. Every day in my business, I look for how to steal those inches and be successful.”