The Emotional and Mental Impact of Not Having Football 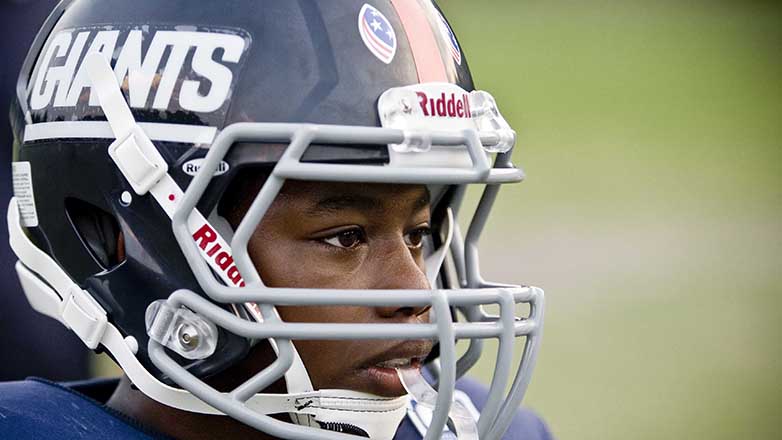 This past fall, my son Bradley had a lot of fun playing hockey. He was fortunate to be on a team that won a championship. But despite the joy that he experienced with a new sport and making new friends, you could tell that something was wrong. He was happy playing, but hockey didn’t fill Bradley’s body with the same emotion and tenacity that he has shown on the football field. Thank God for the opportunity Bradley had playing hockey because, without that, it would have meant more hours at home being disappointed and frustrated about not being able to play football.

High-risk sports are still not permitted in New York, so the high school football season here was postponed until March. A couple of months ago, the football coach started having some workouts and on-field walk-throughs twice a week as we still wait for the approval for kickoff in March.

Bradley has been participating in the practices, but he is not alone in being skeptical. The coaches don’t quite know what to expect and not all of the players have been showing up to all of the workouts.

Not being able to play the sport that you love can certainly take its mental toll on a student-athlete. I’m not a doctor or a psychologist, but it doesn’t take a medical professional to see a child hurting because something that he or she loves to do has been taken away – even if it’s just temporary.

When we go to a sporting goods store, it’s so sad to see Bradley walk down the aisle with all of the football equipment and not know if he should get something that he needs.  Because the reality is that he doesn’t know when he’ll need it.

Will there be a season in March? Will he be able to attend a U.S. National Team Regional? Will the regularly scheduled fall 2021 high school season go on as scheduled? These are questions that we just don’t have the answers to yet and, to be honest, it’s almost as frustrating for parents as it is for the kids.

How do you explain to your child why the NFL and college football was able to take place and why there are states allowing high school football, but you can’t play in your state?

Until Bradley is able to step onto a football field, my wife Sheryl and I will continue to support him with what he wants to do athletically because he needs to be active, he needs to be social in a socially-distanced and safe way, and he needs to participate in things that will make him happy. For now, Bradley will get ready for his new hockey season and continue to show up for the football workouts in hopes of there being a season.

Football is his really happy place and hopefully, that can be a part of his life again really soon.