4th & Forever: Bill Curry – Football and the Value of the Team 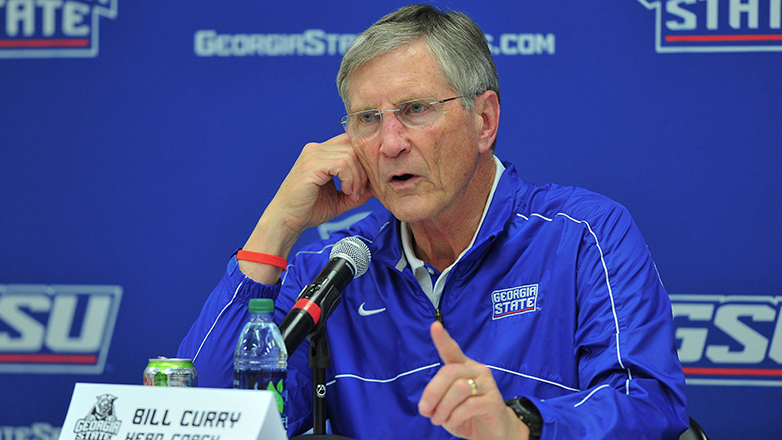 Few people have earned the right more to be called a steward of the game of football than the legendary Bill Curry. From beginning his career in earnest as a self-described “chubby eighth-grader” in College Park, Georgia, Curry traveled in the very highest circles of the sport for seven decades. On the field, he was a cornerstone on the offensive line under such legendary Head Coaches as Bobby Dodd, at his alma mater Georgia Tech, and in the NFL with Vince Lombardi and Don Shula. That's not even counting all of the legendary quarterbacks he was responsible for protecting.

“Playing offensive center was the only position in all of the sport that would have allowed me to have the long career that I did have,” Curry said. “My high school coach told me the most important thing about being a center was just to simply hike the ball between my legs to the quarterback. 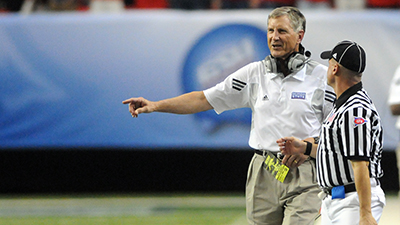 Even after working himself into a very good player at Georgia Tech, the thought of playing professionally never crossed Curry's mind. While a junior with the Yellow Jackets, Lombardi and the Packers took advantage of a rule at the time and drafted Curry in the 20th round of the NFL Draft in what was known as a “future selection.”

“The idea of playing professional football had never crossed my mind,” said Curry. “I was in advanced ROTC and was going to be an infantry officer and inevitably gone to Vietnam. The Packers shocked the world and shocked me, certainly, by drafting me. If you were drafted as a future, normally you would stay your senior year. Since I was a 212-pound offensive center, it certainly made sense for me to stay in school and get bigger, which I did. Only then did I begin to think of the NFL, and it was all very exciting.”

Curry was in the NFL from 1962 to 1974 and accomplished virtually all that one could do as a player. He was on the winning side in Super Bowl I with the Packers but was shocked along with the rest of the football world to be on the losing side with the Baltimore Colts in Super Bowl III. He would become an All-Pro and a Pro Bowler, served as a team captain, and as president of the NFL's Player's Association (NFLPA). An injury would ultimately derail his playing career, but he was fully prepared for life after football.

“It was a lucky thing for me and my wife, Carolyn,” Curry explained. “Football allowed us to do a lot of things and work in a lot of areas.  While I was playing, I was a sportscaster here in Atlanta for three years. I went a full year in theology school, which is a great interest of mine. I worked in real estate investments, I worked as a banker. I wouldn't have had those opportunities if I hadn't been in the NFL. It allowed me to see what I really wanted to do, and that was coach.”

He was able to get a job as a Graduate Assistant at his alma mater and then again with his former team, in Green Bay when his former quarterback Bart Starr took the reigns as Head Coach. Curry would then begin a string of high-profile stops as a Head Coach. First, again at his alma mater for seven seasons and where he would be named ACC Coach of the Year in 1985. He would follow suit and take over at the University of Alabama for three seasons. In Tuscaloosa, Curry would be named SEC Coach of the Year two times and was the Bobby Dodd Coach of the Year Award winner in his final season with the Crimson Tide. He would then move to Lexington to head up the University of Kentucky. This would be another seven-year stint. He would guide the Wildcats to the 1993 Peach Bowl before stepping down in 1996. 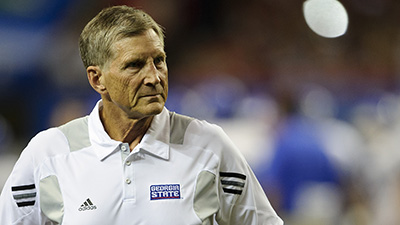 Curry would spend the next 11 years working as a broadcaster for ESPN on their college football coverage. He would apply the lesson of hard work and being coachable to his new profession and grew to become one of the network's most reliable personalities. Ultimately, the lure of the sidelines drew him in again when he was asked to help start the nascent Georgia State football program in 2008. He helped grow the program from idea to FCS program and ultimately to the FBS level as a member of the Sun Belt Conference. The school would honor its pioneering Head Coach by naming the practice facilities and locker rooms after him. 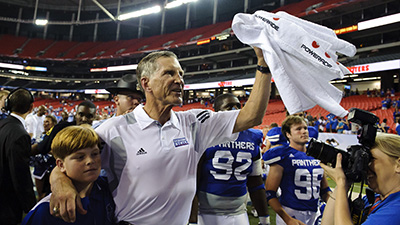 “I didn't really love [football] until about my third year in the NFL when the pay started to get better,” Curry said jokingly. “I loved being on a team. I always loved being on the team and the team aspect of the game has been my life's work. I learned early on that, in football, it doesn't matter what color your skin is, or where you go to church, it doesn't matter what your national country of origin is, and now, it doesn't even matter if you're male or female.

“It doesn't matter who the people are. One of the great things my father taught me years ago that I still follow even today, was that those guys are your teammates. You're going to follow them; you're going to be loyal to them. You are not going to let them down under any circumstances. Any team that I've ever coached, that's where we start. 'Look around the room folks. These are going to be the best friends you've ever had and you're not going to let each other down. I won't let you and then it will become a habit and then you won't let yourself.'”