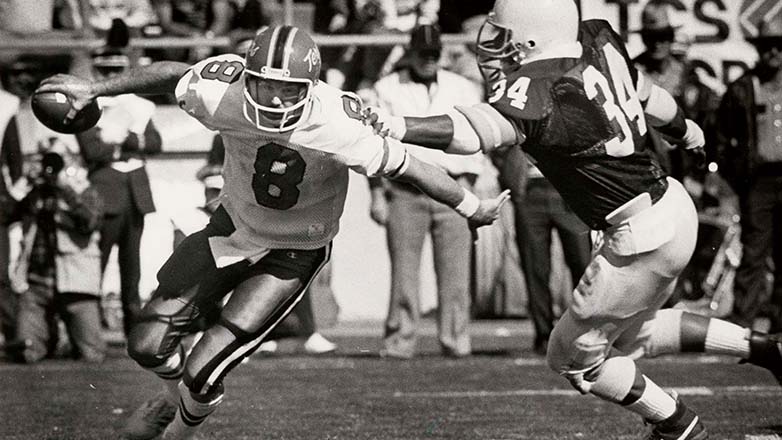 For over 10 years, Stan Gelbaugh could be found under center for teams in the Canadian Football League (CFL), National Football League (NFL), and World League of American Football (WLAF), where he was MVP in 1991 with the London Monarchs. Gelbaugh would be drafted by the Dallas Cowboys in 1986 but would play that season north of the border with the Saskatchewan Roughriders as a backup quarterback and punter. He would spend three seasons with both the Buffalo Bills and Seattle Seahawks before calling it a career in 1996. 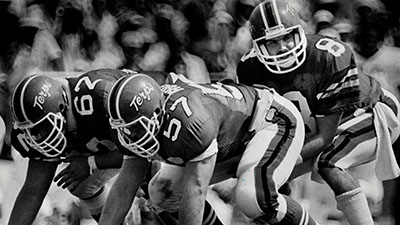 Born and raised in the football hotbed of south-central Pennsylvania, Gelbaugh would reach the heights of pro football following a stellar career as part of a legendary class of quarterbacks at the University of Maryland that included future signal callers, Boomer Esiason and Frank Reich. He would become the full-time starter in 1985 and lead the Terrapins to a victory over Syracuse Orange in that year’s Cherry Bowl. When all was said and done, he would finish second and third respectively in yardage and completions.

“When I got to Maryland, I saw the other guys at my position and I knew that I could play at that level,” said Gelbaugh. “I had Boomer and Frank ahead of me and those guys were no slackers, but I knew I stacked up pretty well against them. They had a head start on me in terms of knowledge at Maryland, but there were a lot of things I could do better than them. When [Head Coach Bobby Ross] got there, the slate kind of got wiped clean at that point.

“I was a fan of Pitt growing up and I wanted to go there, but they had this guy named Dan Marino there, so I knew I wasn’t going to get any playing time there. When I visited Maryland, it just really felt right. I was comfortable there. It wasn’t far from home, so my family could come and see me play. It worked out for the best, obviously, and I’m still really involved with the program and Maryland is where we ended up making our home.” 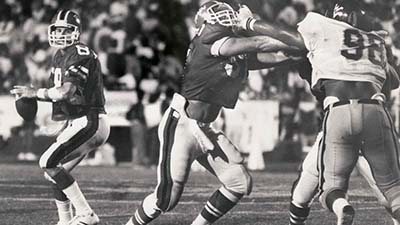 After experiencing a great deal of success in the WLAF, Gelbaugh spent the last part of his pro career in Seattle. A serious injury would ultimately play a part in sending Gelbaugh into retirement after the 1996 season. While there wasn’t a real plan in place for his post-playing, the connections he made through his playing days developed into a career path. Starting as a recruiter and salesperson in a tech company, he transitioned into a career in business management in the construction industry. Eventually, he would land in his current position as a Vice President at his new firm, Kalmia Construction. 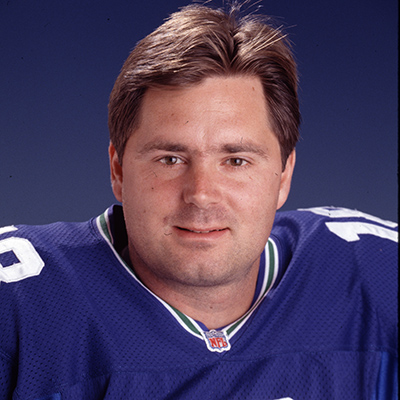 “I was the oldest guy on the team in Seattle my last year and I really knew at that point that my best chance at having a significant role in the league had past,” Gelbaugh said. “Once I retired, I immediately got a job as a high school coach. I was a middle school teacher and a high school offensive coordinator and that was going to be my career. That March though, I went down to the ACC basketball tournament and met a former Maryland guy who really wanted to hire me for his tech firm. 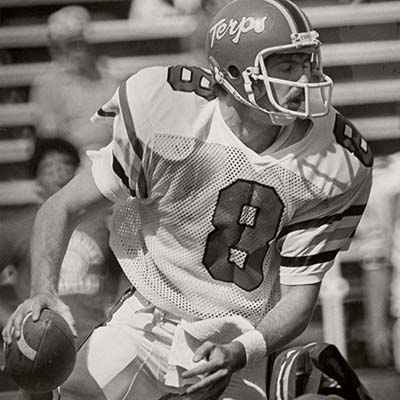 “I had a business degree and not a teaching degree, so I took that job figuring I’d give it a good four or five months and see if I liked it and if not, I’d go teach and coach in the fall. I had some success and I found that this career path was better for me. The company I am with now, we do large construction projects. It’s a smaller company but has been the best fit for me. I love what I do, and I plan on being here until I retire.”
Gelbaugh has been able to take the lessons he learned on the gridiron and has been able to successfully apply them to his life off of the field. Understanding the value of teamwork, the value of sacrifice and hard work, and most importantly what it means to compete. 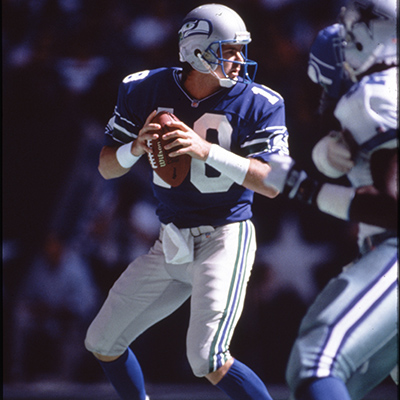 “There are three keys that I have found how football can get you ready for life after sports,” Gelbaugh explained. “One is absolutely the work ethic. If you don’t have a work ethic, you’re not going to make it. Talent is just not enough. Second, football more than any other sport teaches you how to work as part of a team.

“Most people just don’t know how to do that. They’ve just never had that level of exposure to the commitment to the people around them. Lastly, good athletes are competitive. That competitiveness and the will to win will separate you from someone else who doesn’t have that in their background. Football, in my opinion, is the best sport out there for getting you ready for life."

Photos courtesy of University of Maryland Athletics and Seattle Seahawks.