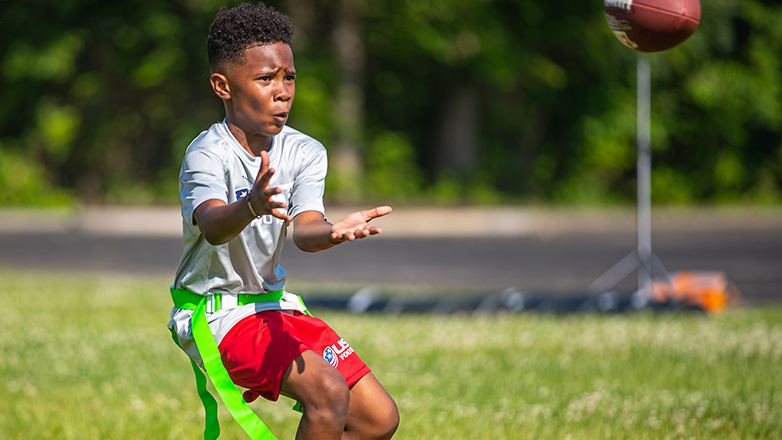 My guess is with the Super Bowl looming, now is about the time when children start to bug their parents to play tackle football in a local league. Signups will be happening soon if they haven’t already.

The excuse I always hear from parents for not letting a child participate in football is because “he’ll get hurt” or “haven’t you heard about the concussion issues?”

And sure, there’s no doubt players get hurt and, unfortunately, some get concussed. But to be honest, those issues happen to kids playing lacrosse, soccer, baseball or just about any sport where collisions can happen.

USA Football has provided guidelines for Return to Youth Football 2021 with the Football Development Model for both styles of football, stressing safety protocols that have been put in place to further make both games even safer.

However, parents still need to consider the plusses and minuses of the sport as it directly relates to their child, their family, and figuring out how everyone involved will be affected by them.

Tackle football is a contact sport. If your child cries easily when they accidentally get knocked over at recess or just horsing around, it might be an indication they’re not ready to have someone trying to intentionally knock them to the ground.

Make sure your child understands that at the youth level on a tackle football team, if you aren’t the quarterback, running back or wide receiver, there often aren’t a lot of touches of the ball to go around. It’s not a negative, just a reality compared to flag football where every player is eligible to run, throw or catch the ball.

Tackle football leagues typically require two or three practices during the week and then a game on the weekend, even at the youngest ages. It’s more than the once-a-week practice along with a Saturday morning game commitment that most youth sports parents are used to and that often is the schedule for a flag football team.

There’s also expenses to consider when choosing between which youth sport to try. I’ve heard of leagues that pay for all the equipment and others where it’s the parents’ responsibility. For tackle, consider the price to rent or buy a helmet. Those costs don’t need to be considered for flag football.

If you and your child aren’t 100% convinced that it’s time to try tackle football, a good compromise, for now, might be to find a local flag, touch football league, padded flag or some version of modified tackle. The elements of a football game which excite kids the most – running, passing, catching and chasing down – are all part of flag football, just without the blocking and tackling.

By playing in a flag football league – both my boys do – your child might become even more excited about the thought of playing tackle football.

But the plusses of flag football might very well end up being the reason they never mention playing tackle again. Just like my boys haven’t. Both are great options to play the game. It’s just a matter of what your child is comfortable with and enjoys playing.