4th & Forever: Lance Archer – On the Gridiron and in the Squared Circle, Never Quit 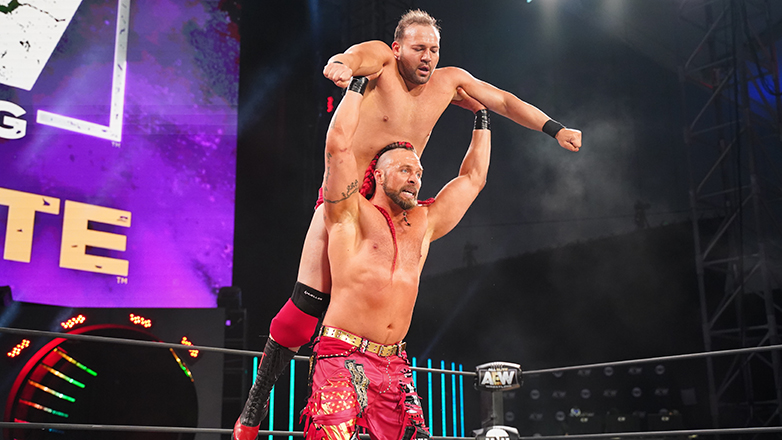 There is a long and storied history of athletes making the leap from the world of professional football to the world of professional wrestling. Legends ranging from Bronko Nagurski and “The Big Cat” Ernie Ladd to “Stone Cold” Steve Austin and “The Rock” Dwayne Johnson, the list is as long as it is storied. Current All Elite Wrestling (AEW) star Lance Archer is well on his way to etching his name onto that storied list.

“Football players are already, by nature, athletically inclined and athletically gifted,” said Archer. “It is more physically demanding than most other sports. Going into the sport of professional wrestling, it is the same. It is grueling and really physically demanding. You have to have that passion in order to succeed. You look at football and every level you go up from high school to college to the pros, it takes the most physically gifted and also the most passionate in order to succeed. That’s exactly what it takes in pro wrestling.”

Billed as measuring in at 6’8” and 273 pounds, the “Murderhawk Monster” has been traveling the world and dominating the world of pro wrestling for over 20 years. Born – and often billed as – Lance Hoyt, he got his start in football as a sophomore at Hearne High School in Hearne, Texas. The future super heavyweight bruiser worked tirelessly day after day, hour after hour to chase his dream of being his school’s starting quarterback.

“It was always my dream to be that guy who would leave his team down the field and win the ball game,” Archer said. “I wanted to be that centerpiece to the team. I would go and take a tire and hang it from a tree and take footballs of various sizes and throw for hours. I’d throw from different angles and swing the tire to try and hit it. Playing quarterback was something I was very passionate about and I made it my mission to be the starting quarterback. Whether it was playing just backyard football or at school, that’s what I wanted to be. I wanted to be the quarterback.”

After graduation, Archer wasn’t done with football and he wasn’t done chasing the dream of seeing how far he could go on the gridiron. He enrolled at Howard Payne University and starred for one year for the Yellow Jackets at the NAIA level. He would transfer for his sophomore year to the now Texas State University (then Southwest Texas State).

Illness, injury, and general disagreement with the overall direction he was receiving from the coaching staff led to his leaving the sport for good. His tattoos, piercings, long hair, and outspokenness just did not fit in with the staff’s idea for what their starting quarterback should be. He would still earn his degree while working as a bouncer in nearby Austin and it was then that he would be introduced to his life’s next passion, pro wrestling.

“Circumstance at Texas State just prevented me from going on like I’d wanted to and ended my days in football there,” said Archer. “It was really hard to give up on football, you know. It’s something I worked at for a long time. Going all the way back to my high school years, I took all that time to improve myself to transferring schools with the hope that the bigger school would’ve wanted to put the best players out there on the field.

“To have the medical condition slow everything down and have it affect my grades, which at the time was devastating, but understandable. I tried to go back for spring ball but didn’t feel welcome like I would’ve hoped for. At the time, it was getting later in my collegiate career and the possibilities of going forward weren’t great. It was extremely hard for me though.”

Over the next few decades, Archer would travel the world, building a reputation as a skilled worker and a reliable, athletic big man in the squared circle. He got his first “big break” in the business in Impact Wrestling (then TNA Wrestling) in 2004 before moving to WWE, and then to Japan and the independent scene before making his debut in 2020 with AEW. 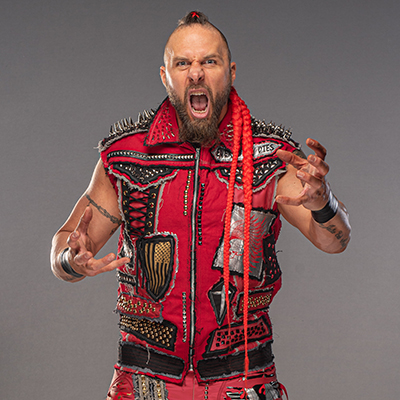 “I had been a fan of pro wrestling for almost as long as I had been a fan of football,” explained Archer. “Some people grow up with wrestling as a kid and had their childhood heroes. I didn’t. I started watching wrestling when I started playing football in high school. Having had a background in football, helped me to train for a career in pro wrestling. I know how to train in the gym properly. That’s one of the things that helped prepare me the most. Even when I wasn’t playing football, I was still going to the gym and applying those training methods.”

Now in the midst of one of the biggest pushes of his career, paired alongside wrestling legend Jake “The Snake” Roberts, Archer feels as if he is hitting his stride. He has already been placed in several high-profile feuds and won the Casino Battle Royale in 2020. With his career hitting new highs, Archer has been able to rely on the foundation that football has laid for him. The trials and tribulations of the sport have prepared him for the ups and downs of his career in wrestling.

“The one thing that I learned in football that I apply every day is to never give up,” said Archer. “In football, in wrestling, and in life, there are always going to roadblocks and things that try to slow you down. These things will try to keep you from achieving your goals, but you just have to push through them. You work hard and you move forward, you’ll find the path to be successful. Life doesn’t always go in a straight line how you want, but if you persevere, you’ll find a way to get where you want to be.”