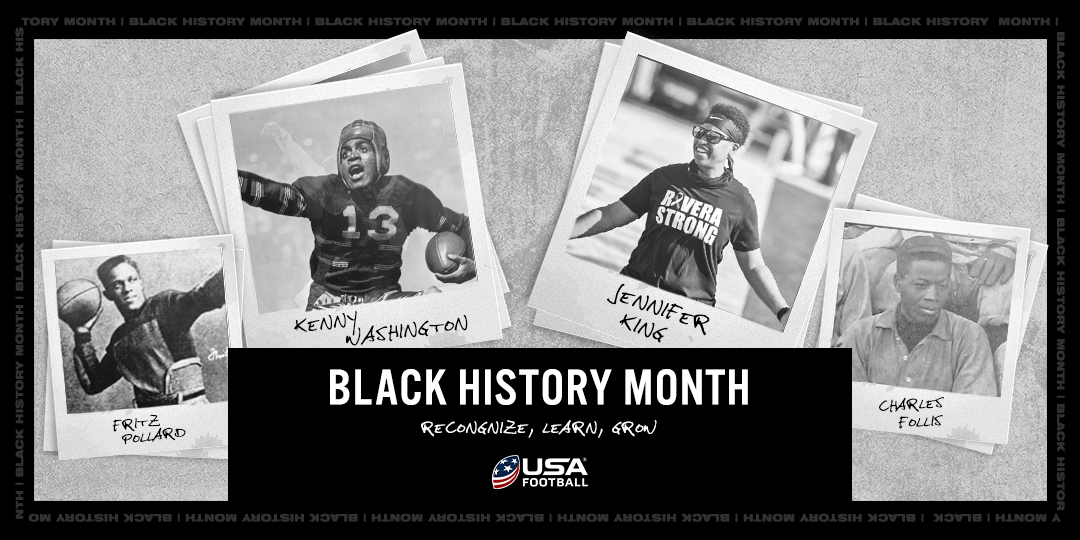 As part of our Black History Month celebration, USA Football is proud to highlight and recognize the Black players, coaches, parents, officials and administrators that have helped and continue to shape the game into the one we all know and love today.

This week, we feature two of our Master Trainers, who both also serve as high school coaches and leaders off the field in their respective communities. 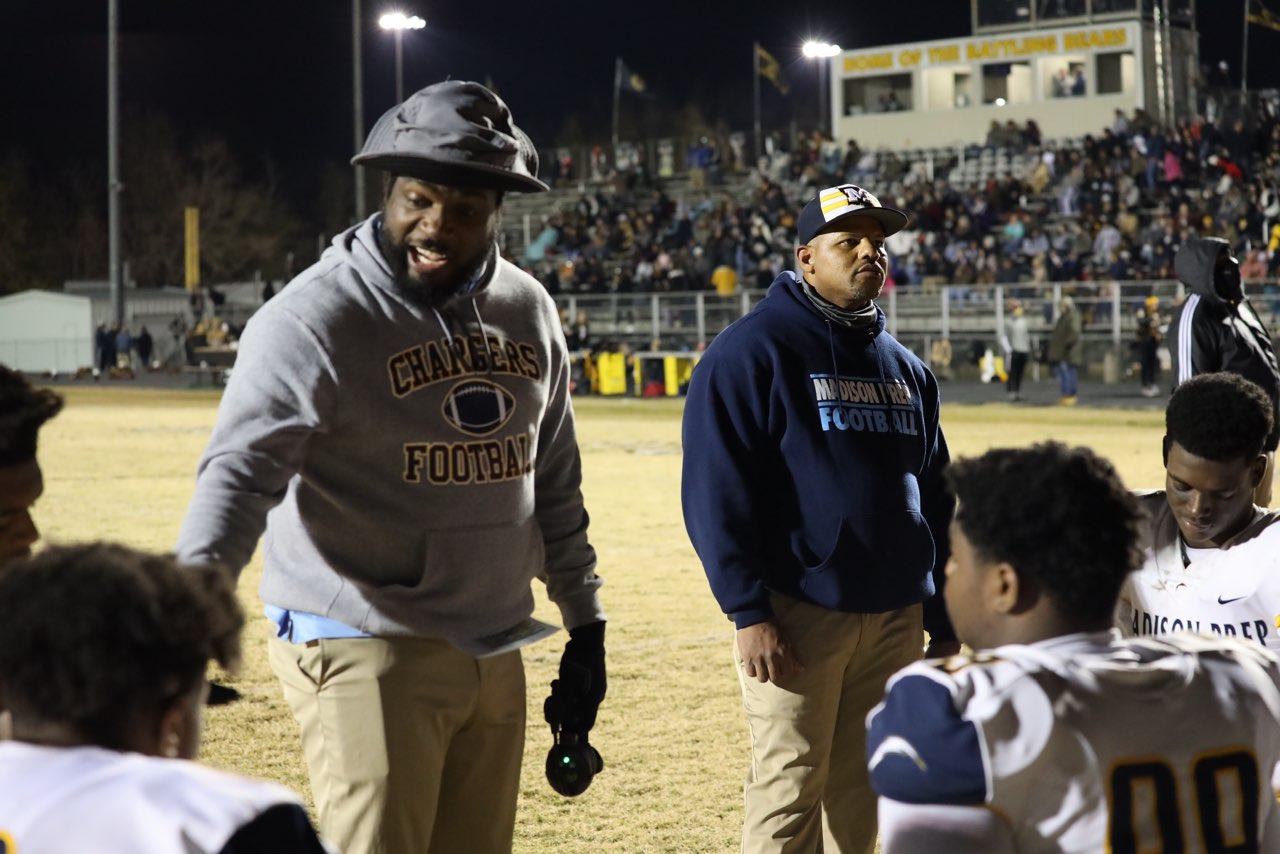 As a player, I can remember playing for the Howell Park Cougars youth team with my friends. I was able to build lifelong friendships with my teammates playing a game we all loved. As a young coach, I started out as a volunteer with youth football. A friend and I were in a sporting goods store one day and saw a struggling parent trying to get the required equipment for her son to play. I was able to assist the mom and son with a donation as well as proper sizing of equipment. This moment sparked my interest in coaching.

Former President Obama for many different reasons, but mainly because of how he handled adversity at such a high level. I’d also want to learn how he put himself in a position to be successful and accomplish his goal of becoming president of the United States.

It's important to learn Black History because you can't discuss any kind of history without first learning of African-Americans’ contributions to every culture. Understanding the influence of African-Americans helps to provide a foundational knowledge of how the Americas were built.

As an African-American male, it’s my goal to one day become a head coach at a Power 5 school and later serve as the first African-American owner of an NFL franchise. In the process, I’d want to be a conduit and provide outlets to groom future Black coaches and executives as well. Today, my No. 1 goal is to help the players I coach become first-class, successful human beings.

We often work to break down barriers by exposing players to new things such as job shadowing, mentorship, partnering with our mayor and her Safe, Hopeful, Healthy Initiative as well as serving Baton Rouge’s youth sports community to improve involvement and remove cultural bias. 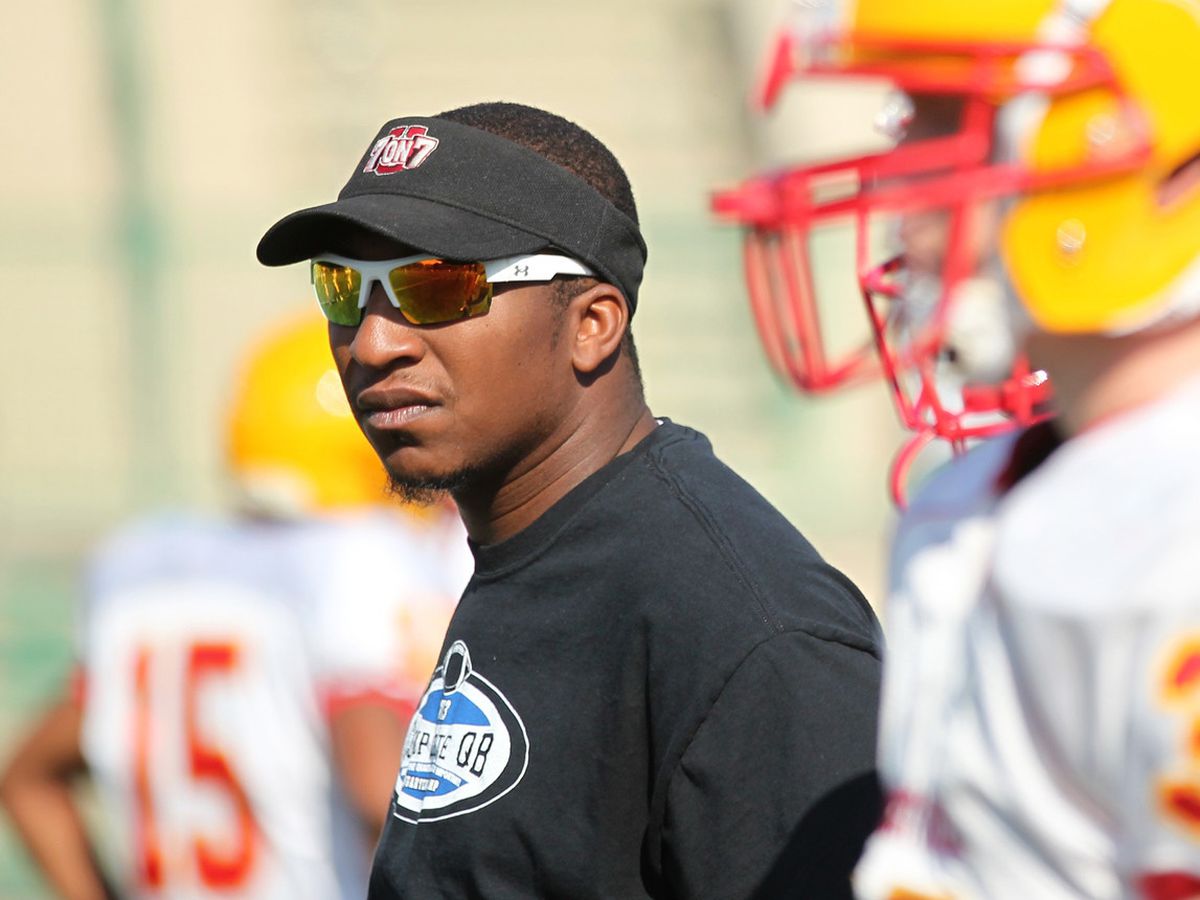 My earliest football memory is making a deal with my cousin at 6 years old that I would teach him to ride a bike if he taught me about football. To this day it stands out as one of the most important deals and decisions I ever made. I fell in love with the game, and the game of football has been an integral aspect of my life since that time.

If given the opportunity, I’d like to have dinner with President Obama. If the former First Lady could join us too that would be awesome. Their daughters attended the school where I am now the head football coach. I would be interested to understand Barack’s journey. I’d want to understand his perspective of the enormous weight he carried both in the job and being a living historical figure. Together, they both seemed to balance roles of such gravity while also being parents. They made it look easy, but I’m certain there were challenges. I’d also be interested in knowing more about how they have made the transition from leaders of the free world to private citizens.

I believe learning history is important. Black history is an aspect of history, and thus is included in that importance. The benefits of learning history pay dividends in countless areas of life: We gain an idea of how we got to where we are now. We can look at triumphs and accomplishments to see what it took to achieve them and in turn strive to emulate those behaviors. We learn about the many errors we have made along the way and can gain insight on how to avoid repeating those behaviors. We gain an understanding of both ourselves and our neighbors, and in doing so, grow our respect for individual uniqueness as well as the common threads that connect us all as humans.

My goal as a coach is to continue to grow the game and allow the game to grow young people. As an ambassador of the game, my job is to show young people with whom I encounter the many benefits of being involved in the game of football. The opportunities to grow both as an individual and a member of a community provide lifelong skills. The more that young people and their families are able to see those benefits, the more comfortable they will be with getting involved and lending themselves to the continued growth of the game.

The role of a coach is critical. The best – and in some ways easiest – place to break down barriers is within your team. As a coach, you can serve as both an example to be modeled after and a living “myth buster.” Particularly if your team is diverse, so many of those same opportunities exist to draw interconnectedness. The beauty of football is that all different types of kids, and often from different walks of life, join together in pursuit of one common goal. Those are examples our world needs right now. 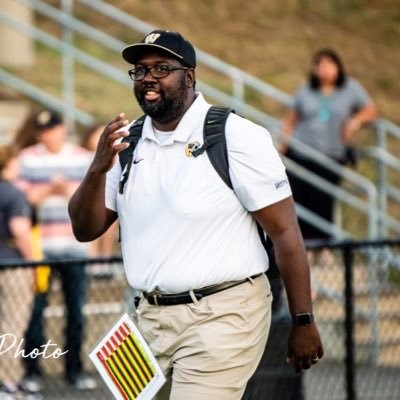 My earliest football memory is meeting Charles Mann, who was my favorite football player at a local event. He told me I’d make a good defensive lineman one day. To me, it speaks volumes as to how much our words have power, and the ability for others to see what you don’t see in yourself. I went on to be a 4-year two-way player in high school and started at defensive end at Penn State.

This question stumped me for a little bit because I would love to get a perspective from so many different people. There are so many influential Black Americans who have done so much for the culture and for the country that it is a very hard task to pick just one. But, for this question I would choose John Thompson Sr., former head basketball coach at Georgetown University. As a person who grew up in the ‘80s in a suburb of D.C., he is an icon who unified a city at a predominantly white university (PWI). I would love to hear how he gained the administration's trust to recruit players that weren’t the traditional prospective Georgetown students. I would also like to know how he got guys to buy into his systems to win as a team. Also, he was so beloved that he was able to make positive change in the greater D.C. community, well beyond the walls of the Georgetown gymnasium.

Black history is American history. To highlight the accomplishments of Black Americans gives an attachment to a history and heritage that was stripped away from us many years ago.

As a young player, I had a coach inspire me to be better than I thought I could be. I hope to do that for the young women and young men I now coach. I hope that everyone that I have coached learns that perseverance through trials and tribulations builds character and brings success.

I realize that for some of our players I may fill the void of a male role model. I also know that I may be one of the few Black males that they interact with in an academic setting. In both of those roles the goal is to be authentically myself while breaking down negative stereotypes. I also look to make a personal connection with those that I am around. I believe that relationship building can help us understand people that didn’t grow up like we did.