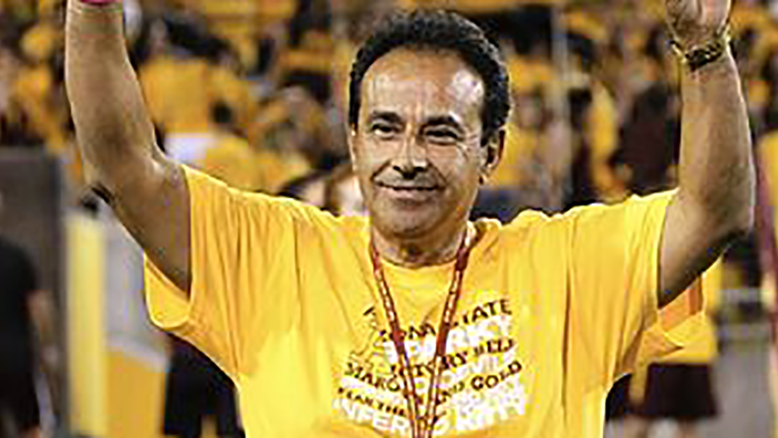 For a football team to succeed, it is understood that it takes every single person on that team to pull together to find success. A football team is a great melting pot and is the ultimate exercise in a meritocracy. No matter a person’s background, the idea of football is that a person’s skill is what ultimately determines their place on the team.

No matter what your race, your color, your weight, your height, no matter what, it’s a friendship and a family bond that you get.

Such is the case with longtime placekicker Luis Zendejas. Born in Mexico City, Mexico, Zendejas came to the United States with his family when he was 8-years-old. Settling in Chino, California, Zendejas grew up a devoted fan of the game of soccer and had every intention of pursuing a career on the pitch before a coach with tremendous forethought introduced him to the gridiron during his freshman year at Don Antonio Lugo High School.

“I was playing soccer all the way through when I was growing up and my goal was to be a professional soccer player,” Zendejas said. “There was a coach my freshman year [named Jack Coppes] who was my science teacher and he thought I would make a good kicker. So we made our own [kicking tee] out of a wooden block and he taught me about needing to kick the ball higher for field goals.

“I had no interest in football whatsoever. To me, it was the most boring sport ever! In soccer, I was center midfield. At that position, you’re like the quarterback. You play both halves, you control the ball. Then you go to football and stand around the whole time only getting called once in a while. We were on the sidelines eating sunflower seeds and it could be hours before they call you in. Eventually, though, you learn to love what you get out of it. When I would kick a 40- or 50-yarder, people would go crazy. I didn’t ever love it, but I enjoyed it.” 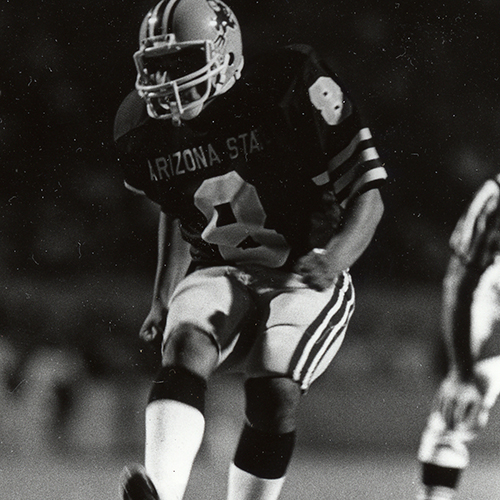 While he had no intention of pursuing the sport, football drew Zendejas in and never let him go. In fact, it would soon capture the talents of generation after generation of Zendejas kickers. His brothers Joaquin and Max Zendejas, as well as his cousins Tony and Marty Zendejas and his son, Christian Zendejas, all followed Luis’ lead and became placekickers with most joining the ranks of professional football.

Football is a whole family by itself.

“You ask any one of us who was the best kicker, they’ll all say it’s them. But if you ask me, I say I was the best out of all us,” Zendejas said with a laugh. “We were all competitive. My older brother, Joaquin, played one season with the Chargers and the Patriots. He got a scholarship to play soccer at the University La Verne. He had the strongest leg, but he didn’t like football and didn’t want to put up with it. Tony played the longest, and then Max played, too. We were all good kickers.”

After becoming his high school’s first four-year letterman in football and lead his school to its first California Interscholastic Federation (CIF) title his senior year. He would parlay this success to a scholarship at Arizona State. With the Sun Devils, he would continue adding to his list of accolades and accomplishments. His junior season, he would set a school record with 28 field goals for 112 points earning not only first-team All-Pac-10 honors but also first-team All-American honors. As a senior, he’d earn second-team All-Pac-10 and begin looking toward a career in pro football. 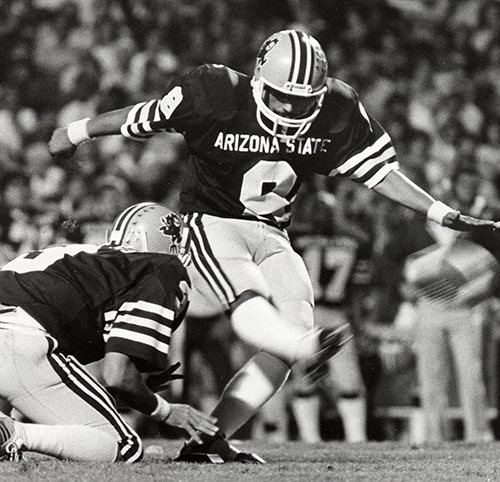 “For me, if someone was going to let me go to school for four years for free just for kicking, I wanted to see how far I could go with it,” he said. “When it came to going to school, it was down to USC, UCLA, and Arizona State. Being from California, people would say ‘Why didn’t you go to USC?’ I would say, ‘Are you kidding me? They’ve got Charles White. They go for it on fourth down. They were averaging three field goals a year. Arizona State was averaging two and a half field goals a game. For me it was a no brainer to go there.

“I have a lot of good memories of playing at Arizona State. Kicking a 53-yarder in the Fiesta Bowl [in 1983 against Penn State] and being a part of the team and helping us win. That was really what I loved about the whole experience.”

Zendejas’ entree into the world of pro football would be with the Arizona Outlaws in the fledgling United States Football League (USFL) in 1985. In his rookie year, he made 72% of his field goals and 87% of his extra points. Well onto his way to becoming one of the premier kickers in the USFL, the league folded and Zendejas would find his way into the NFL the following year. From 1986 to 1989, Zendejas would be on rosters with the Minnesota Vikings, Dallas Cowboys (twice), and Philadelphia Eagles.

“Again, getting to the USFL and the Arizona Outlaws, they gave me a two-year guaranteed contract,” Zendejas explained. “I never had any plans or thoughts about playing professionally. My plan was to get that free education, but when they gave me the money, I wanted to see how far I could take it. I think the good thing that helped me was that I never had a dream of being a pro player, so I never felt that pressure. When it came time for a big kick, it never really bothered me because I was never afraid that if I missed it this would be all over. That really helped me though, I think.”

Zendejas would wrap up his playing in the Arena Football League (AFL) from 1992-1995 with the Arizona Rattlers – he would be part of the winning team in Arena Bowl VIII and earn second-team AFL Anniversary All-Time team – before calling it a career after one season with the Canadian Football League’s (CFL) Birmingham Barracudas.

“I never really thought about retiring until I got cut that last time,” Zendejas said. “When you’re a player, you never think it’s over until it really is. You always think you can keep playing. I injured my leg when I was with the Cowboys and that really was what first put that idea into my head. I really didn’t put the work into it like I probably should have, because I had never been hurt before. But, I had some goals I wanted to achieve and I had some things I wanted to do with my life. I was too old to play pro soccer at that point, but I still had things I wanted to do so I left and went to do them.”

After retiring from pro football, Zendejas worked as the Director of Community Relations for the Arizona Cardinals for 19 years before retiring in 2019 to devote himself full-time to his true passion, his foundation. In 2005, Zendejas started the Z Kick for Life Foundation with the goal of providing affordable and exciting sporting activities while preparing players, coaches, administrators, and officials for competition at higher levels.

“We provide them with the field, the cleats, the footballs, the holders. I created my own shoe so that if they can’t afford shoes, they can have mine. I basically taught myself how to kick, but I want these kids to have the knowledge that I learned to make them better prepared.”

Even though Zendejas never dreamed of a world where football would provide him with an education, a career, and a life’s work, that is exactly what he got. He found in football the sense of camaraderie and community that anyone who puts on the pads at any level finds. For him, this was what truly made a lasting impact on him and what he truly got from the game that he still carries with him even now.

“For me, football is about that unconditional love that you get from your teammates,” he said. “No matter what your race, your color, your weight, your height, no matter what, it’s a friendship and a family bond that you get. If it’s high school, you’ve got it with those guys. If It’s college, you have it with those guys. I still keep in touch with guys that I played with in high school, in college, and in the NFL. Football is a whole family by itself.”

Action shots are courtesy of Arizona State Athletics and the other is courtesy of Luis Zendejas.