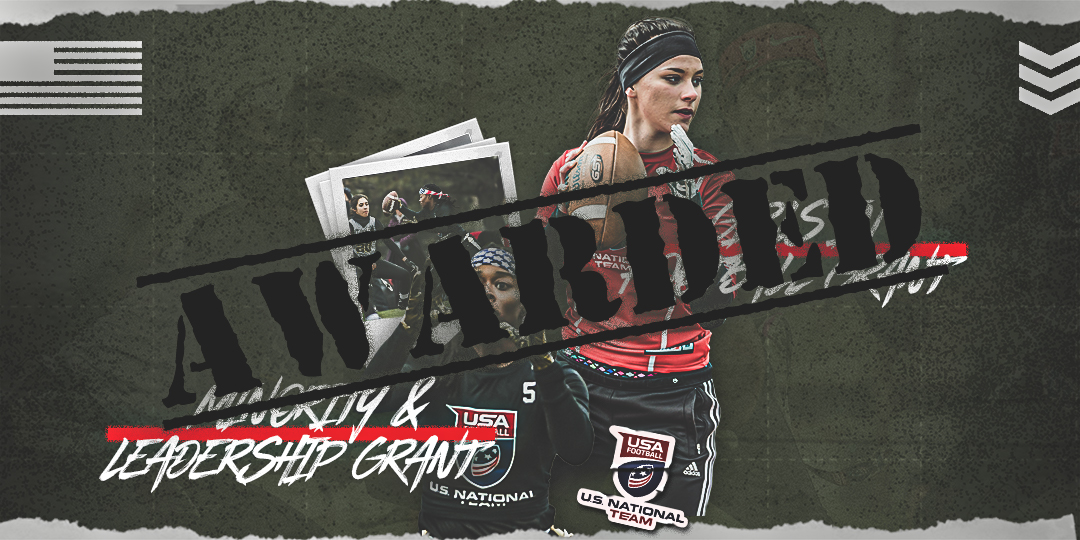 As part of its commitment to diversity, equity and inclusion, USA Football’s U.S. National Team program is offering two new opportunities for athletes to receive financial assistance to attend a spring Regional this year.

The Girls in Football grant is designed to boost female participation within football, and specifically the U.S. National Team program, while the Minority & Leadership grant recognizes athletes who’ve demonstrated esteemed leadership and service within their respective teams and communities.

Athletes were either nominated by a coach or applied on their own behalf.

Congratulations to this year’s winners: