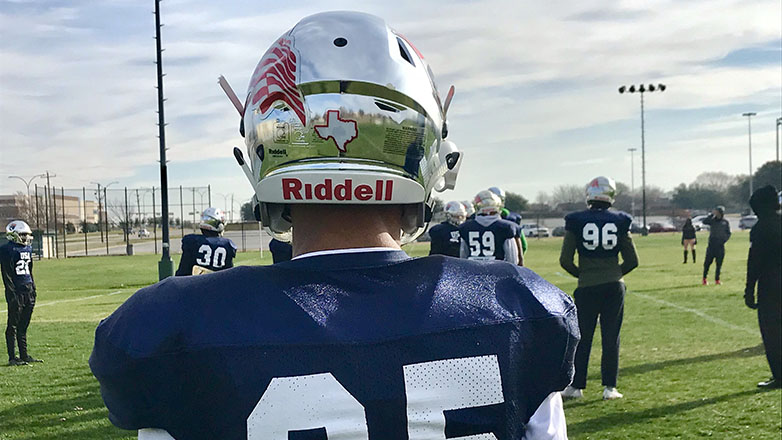 My wife proudly came home the other day with a bag full of new Wiffle balls. When I asked her where she bought them, she replied, “At one of those bargain stores.” My expression said it all.

Don’t get me wrong, for some things I’m a big fan of discount bargain places. But when it comes to sports equipment I’ve found when you pay less, you often get less.

And the cheap Wiffle balls were no different. It was as if they were disposable. With each hit, came a new crack.

One of the earliest lessons I learned when buying sports equipment is that it’s typically worth spending the extra money. That being said, I don’t think your child needs a $100 pair of cleats or $50 gloves to play in the 5-year-old flag football league.

As for football equipment like helmets, shoulder pads and any other protective pieces needed or required, as far as I’m concerned there is no cost too high for my child’s safety. However, when shopping for them, compare brands and prices like you would any type of over-the-counter medicine at the store. Often the basic safety components are the same and you are just paying more for flare, fashion and a logo, much like you do for a name brand cold medicine instead of generic.

And remember, just because a teammate has it – even if it’s the coach’s child – doesn’t automatically mean it’s what is best, most reliable or safest for your child.

I’m as cheap as the next guy for a lot of things. But when it comes to sports equipment, I’ve learned the hard way that trying to save money sometimes ends up costing you in the long run. It’s one thing to replace a few Wiffle balls, quite another to have your child suffer an injury because their inexpensive equipment doesn’t meet safety standards.