The Do’s and Don’ts for Youth Football Parents 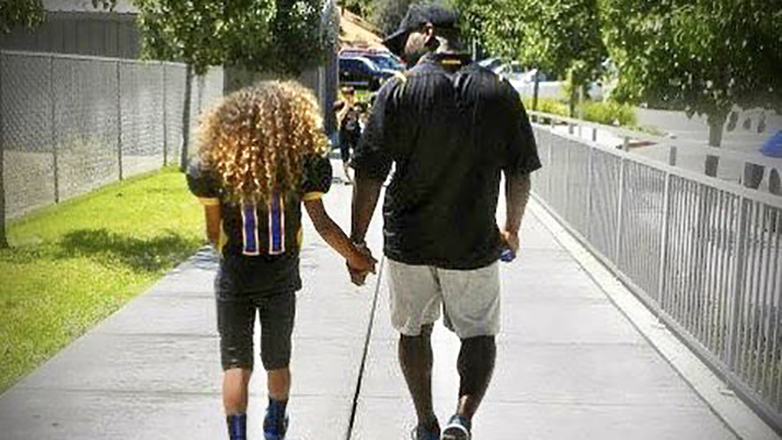 Over eleven years of being a youth football parent, I’ve seen and heard a lot in terms of parental behavior at games and practices. Believe me, there are a couple of moments that I’d like to have back in terms of my own behavior, but I think for the most part I’ve never really done anything to make a spectacle of myself or embarrassed either of my sons.

The common denominator of being involved in youth football for eleven years is the sense of family, whether it’s the kids and coaches on the field or the family, friends, and other members of the community watching the stands.

A football team or a program can really be an extended family. It can be common practice for a team, program, school, league or conference to ask parents, families, and other spectators to adhere to a set of guidelines when it comes to behavior at games. In my experience, the parents set the tone for that behavior – both good and bad. While the kids work so hard in practice to get ready for the games and then go out on the field to compete with the hopes of coming away with a win, the parents have a lot of time and effort invested as well. Those emotions can come out in many different ways on gameday.

So, here are the do’s and don’ts for parents when attending your son or daughter’s practices and/or games.

Do cheer on and encourage your son or daughter but also keep in mind that it is a team and a family. If your child does something great, go right away and cheer, scream, and stomp your feet but if someone else on the team does something special, give them some love as well.

Don’t ridicule or criticize your child if he or she makes a mistake. Certainly, don’t say anything derogatory about another child because you never know who is sitting near you or who is going to hear you. To that point, if you hear anyone saying anything about your child, you can handle it two ways.  You could either just brush it off and know where it’s coming from or you could approach that person in private after the practice or game. Don’t look for a fight because the last thing you want to do is create a scene and embarrass your child.

Do volunteer to help out with things like being on the chain gang, public address announcing, working the snack stand selling raffle tickets, or being involved with other fundraising efforts. Being a volunteer is one of the great ways that a parent can help the team or program and at the end of the day it really comes down to helping out the kids.

Don’t mock those who do help. Believe it or not, I’ve seen parents mock other parents who help. It’s your choice whether you want to help out, but just because you don’t doesn’t give you the right to make comments about others who do.

Do try to establish a friendly relationship with the coaches on the team.  Some parents wind up being more buddy-buddy with the coaches than others, but it’s just a good idea to have the lines of communication open.

Don’t make any derogatory comments about the coaches to other parents and certainly don’t admonish the coaches at the game.  It’s youth football and not the NFL. There’s no reason to publicly bash volunteer coaches. If you have a problem with a coach, especially if it’s about playing time for your son or daughter, discuss in private.

And this should go without saying…

Don’t scream any obscenities or scream at the officials during a game. If you don’t like a call and let me tell you I’ve had my share of not liking calls, don’t make a public scene out of it. I once saw a family member get ejected from a game for cursing at an official. That should never happen.

Being involved with youth football has been a blessing. It’s been wonderful to watch my sons Bradley and Jared have fun playing both tackle and flag football over the years. From a parent’s perspective, it’s hard to describe the joy of seeing your child compete but as a parent, you also have a big responsibility. Cheer on your child and the team but also act in a responsible manner. Remember, it’s a family – a football family.