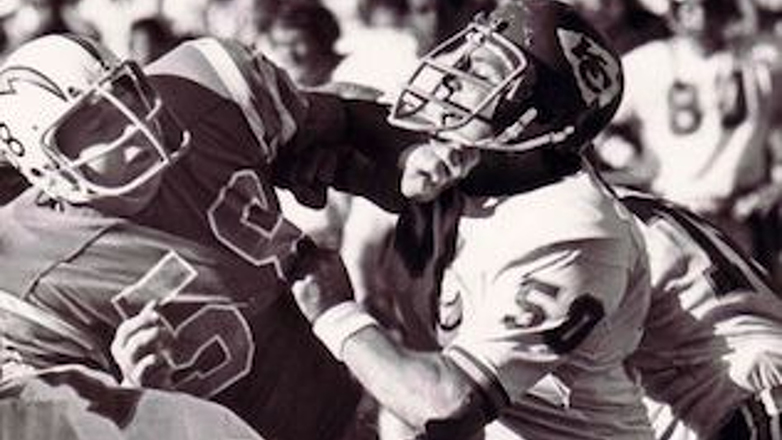 The sport of football is fortunate to have been blessed with a rich, lush, storied history. It is even more fortunate to have cultivated a brilliant host of historians and authors to chronicle the game and expound upon its meaning and its virtues. Over the course of his career, first on the field as a player, then as a scholar and an author, Michael Oriard has long been one of the sport’s leading voices.

Born and raised in Spokane, Washington, Oriard – currently a professor emeritus at Oregon State University – got his start in football as part of his area’s Catholic Youth Organization (CYO) program in an honest effort to both best his older brother at something athletically, to set himself apart and find his own “thing.” Big for his young age, Oriard gravitated toward the game’s physicality of the sport and somehow intrinsically understood the value that the game brought to a person’s character.

“I’ve always understood that I gravitated toward football because I was a younger brother,” Oriard explained. “I always competed with my older brother, who was about 19 months older than me. I was bigger than him. Football was my thing. It was how I separated myself from him. I’ve written a lot about this and I’ve thought a lot about this. I don’t know how I absorbed it, but as a kid in the 1950s, in the fourth grade, somehow, I knew football was about toughness. Football was how you proved you were tough. Football wasn’t a sport for everybody and that was something that mattered to me.”

As he grew older, Oriard’s aptitudes for both academics and football increased. He would become a starting offensive and defensive end on his high school football team at Gonzaga Preparatory School. While he received some recruiting attention from schools in the Pacific Northwest, the lure of big-time football proved to be too much to pass up. He was offered the chance at what would be today a preferred walk-on opportunity at the University of Notre Dame. So, in 1966, he suited up for the Fighting Irish. 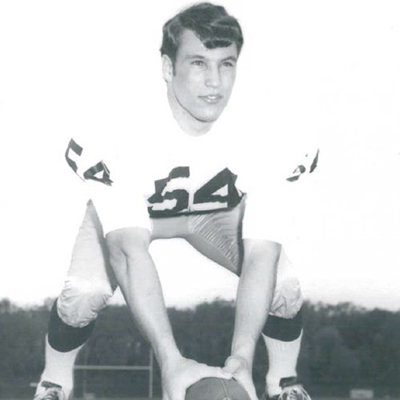 “My senior season in high school in 1965, Notre Dame is back,” Oriard explained. “I’m at a Jesuit high school though and certainly the Jesuits have no fondness for the brothers of the holy cross, so there was no encouragement there. My mother says she watched the 1940 movie with me. Somehow, I got it into my head that I wanted to go there. I got recruited to some schools locally, but when they found out I was interested in Notre Dame, they didn’t pursue me very hard. I had it in my heart to go to Notre Dame and at that time my Dad’s business was doing okay so they were able to send me there without a scholarship.”

While at South Bend, Oriard truly began to find himself and saw the path that his life was going to take. On the field, though undersized, Oriard was holding his own. He would make the shift to the offensive line his sophomore year and by the time his junior year rolled around made the move to center. For his senior year, he would ultimately become a co-captain, the starting center and be named an All-American. In the classroom, while originally a physics major, Oriard changed focus to English and started on his lifelong career as a man of letters. 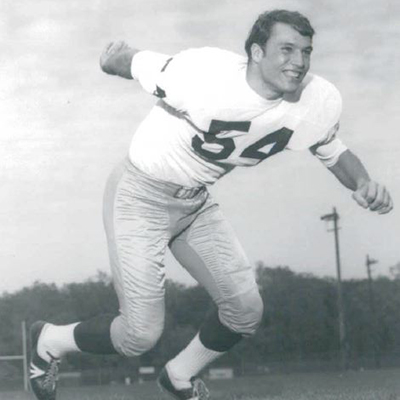 “The one memory that I think about most vividly was, as a junior, I started out as a backup center and passed a couple of guys,” Oriard said. “I go into practice at the start of our fifth week and there’s my name at the top of the depth chart. I didn’t even tell my roommate for fear that they’d change their mind. So, I started the fifth game and it was against Illinois. They were pretty lousy, and we trounced them so badly that midway through the third quarter [Head Coach Ara Parseghian] pulled the starters.

“I can still remember vividly sitting on the bench with elbows resting on the rails behind me and my legs stuck out. I was sitting there with just this enormous feeling of satisfaction. I think I described this one time as feeling like a cattle baron surveying his acres. Here I was, starting a football game at the University of Notre Dame. How about that? In a weird way, the game was inconsequential. It lingers so long in my memory because it was a confirmation of everything that I had worked so long for.”

After graduation, Oriard’s plan was to go to graduate school at Stanford and eventually complete his Ph.D. However, along the way, he was drafted in the fifth round of the 1970 NFL Draft by the Kansas City Chiefs and would spend part of the next five years playing (he also would spend one year with the Hamilton Tiger-Cats in the Canadian Football League) professional football while working his way toward his degrees. For Oriard, playing at Notre Dame was the ultimate valediction of his playing career and not playing professional football, so when he stepped away on his own terms, he was able to not look back and have regrets.

“As a kid, I wanted to be a pro football player the way you wanted to be a cowboy or a train engineer or what have you,” he said. “Going to Notre Dame as a walk-on, playing pro football was nowhere near on my mind. At the time too, when I was in college, there was the NFL and the AFL, and professional football really was just not a big deal then. I got to my senior year without really thinking about it. I was more concerned with making the team. When I did start thinking about it, I wondered if it would work if I could play pro football while going to graduate school.

“Had graduate schools not allowed it to work with me playing football and going to school, that would’ve been the end of it. Playing football at Notre Dame was profoundly meaningful to me. I worked through my adolescence through playing football and got all the validation that you’re so desperate for through that and then achieved this sort of dream by playing at Notre Dame. Playing professional football didn’t have that kind of importance to me, which made my lack of success in the NFL not painful to me. When the opportunity arose, it just seemed like a cool opportunity.”

He would begin his academic career with an assistant professorship at Oregon State and would ultimately work his way up to becoming the Associate Dean of the College of Liberal Arts, a position that held for nine years before retiring in 2013. When it came time for him to begin his scholarly research and writing, football was not the immediate source material for him. Once he revisited it, football proved to the perfect subject matter and one that had yet to be fully explored. With over a half dozen books and counting, Oriard found a depth to the sport that had rarely to this point been explored.

“I was a graduate student at 22 at Stanford and I was incredibly naïve about how this whole process worked,” Oriard said. “My Chaucer professor stopped me on campus one day said to me, ‘you know you played football, why don’t you write about sport literature?’ I didn’t know such a thing existed! The upshot was I wrote a dissertation on American sports fiction. I managed to get a job in a tough job market. I tried to run away from sports for a long time and wrote increasingly more and more about American culture and American studies.

“Long story short, somewhere along the way after writing this big academic book about American studies, I thought, why don’t I write about the culture of American football? I had no clue about the gold mine of material that I would find. If the best minds in my field had been working on this stuff for years, I wouldn’t bother with it, but this was all mine. So, I stopped running away from football and began writing books about it and real people in the real world seemed to love what I was doing.”

“I can see certain traits that I recognize in myself from football and I can see certain traits that I can recognize in myself outside of football,” Oriard said. “I don’t know if I had them and led me to be successful in football or they led me to be successful because of football. The experience I had at Notre Dame, walk-on to making the team, to becoming a starter, was based on me working really, really hard. It all worked out and I became successful. 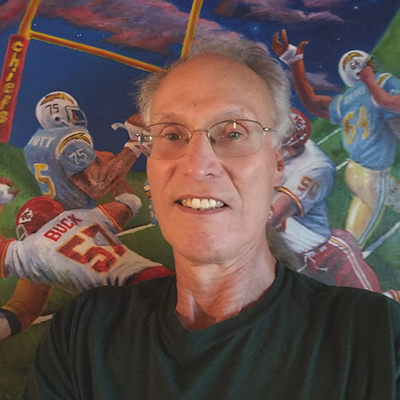 “In my academics and my writing, I’ve taken on tremendous amounts of research and I’ve had to learn to plug away at it. Did I learn that from football or was I predisposed to that? Certainly, it was something I’ve carried it over from football, but whether it was a cause or effect, I don’t know.”