How You Can Avoid Failure to Launch for Your Kids 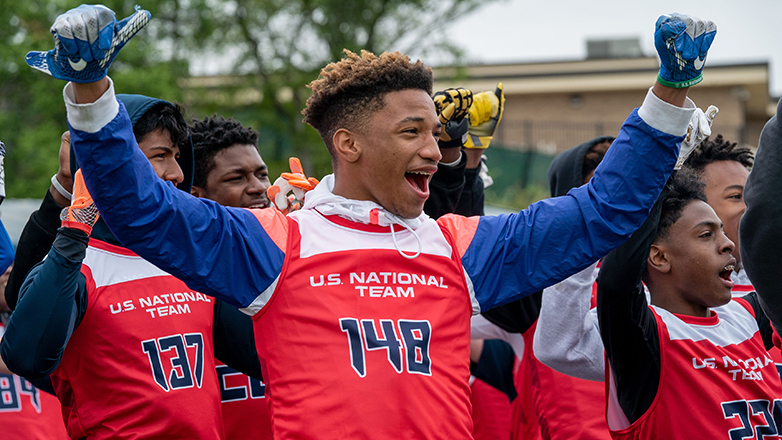 Remember the movie Failure to Launch, starring Matthew McConaughey and Sarah Jessica Parker? The 2006 film is a story about a 35-year-old man living with his parents who shows no interest in leaving the comfortable life that they have made for him. Although it’s a romantic comedy, there is truth to this fictional story.

Failure to launch syndrome is the inability to be independent and self-reliant. Also known as Peter Pan syndrome, after the famous story of the boy who never grows up, this problem is common in young adults, especially young men between 18-30. It refers to young adults who are dependent on their parents and can be associated with unhealthy co-dependent relationships.

One place where kids are learning habits that will keep them from launching is youth sports. The more that parents hover, fix, and fight their battles, the harder it will be for them to cut the strings and go it on their own.

According to a new poll by Pew Research Center. 52% of young Americans are living with their parents, the highest number on record, surpassing the 48% high during the Great Depression. Some of that can be blamed on Covid-19, but even before that, a big percentage of 18- to 29-year-olds were living with a parent. (The economy can play a big role in this as well.)

Failure to Launch is not just a fallout from Covid-19; it is a cultural reality. There are a lot of theories as to why this has happened, but no doubt parents are hoping that their kids do not fall into the failure-to-launch category because they’ve not learned how to be responsible adults.
Youth sports provide an ideal opportunity for your kids to learn responsibility—IF you are willing to let them.

I’m happy to report that all three of our kids are “launched.” They are living on their own, paying their own bills, and resolving their own life issues. They may ask for advice or rare help, but they have accepted responsibility for their own choices and lives. I’ve no doubt that some of this independence was learned as they grew up playing sports.

As much as it pains us to see our kids move out or move away, their independence is what we work so hard to see achieved through 18+ years of parenting. We plan for it, we pray for it, and yes sometimes it’s painful, but in the end, it is our kids’ way of saying, “Well done, Mom and Dad, you did your job well! I’m ready for life on my own!”

Raising kids who grow to be responsible adults does not just happen by chance. It takes proactive parenting and a very clear understanding of what parents can do to make that happen.