It’s Never Too Late to Give Football a Try 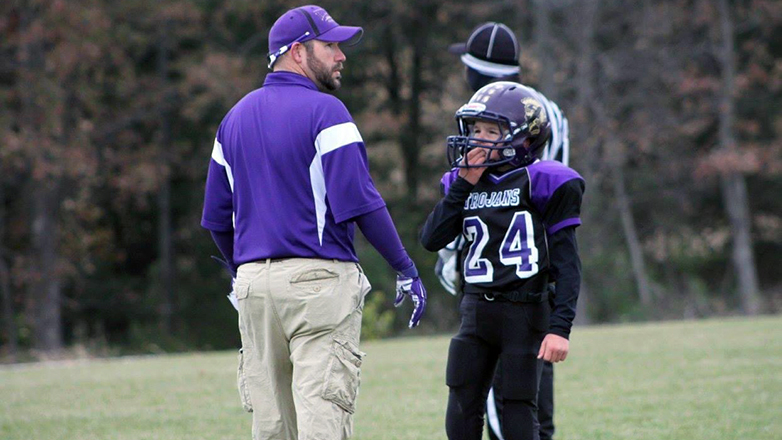 When my son Bradley started playing middle school football in 7th grade. He was on a team with several players that were also his teammates during youth football teams over the years. But not everyone on the team had played tackle football before. On the first day of practice, the head coach asked all the players to raise their hands if they had never played before and there were a good number that did. What that meant was that the coaches would have to spend some time on things that Bradley and some of the other players had years of experience with like lining up in a three-point stance, blocking and tackling.

Bradley has been playing football since he’s four years old and just completed his freshman season in high school, but there’s no question that it’s never too late to give football a try.

There are children who will spend a few years playing flag football that will eventually give tackle a try in middle school and some that will choose to continue with flag.  There are even some that haven’t stepped onto a football field until they get to high school and there was an example or two of that on Bradley’s JV team this season.

To say that football is his number one sport would be a tremendous understatement, but just like with so many other young athletes, there are other times of the year when a child finds another sport that he or she would enjoy playing. For Bradley, that sport was baseball from just around the same time he started playing football through the sixth grade when he aged out of our community little league.

But, for a number of reasons, he decided that he was not going to pursue baseball in middle school. One day, he stunned my wife and me when he said he was going to give lacrosse a try. He played for the first time on the middle school team when he was in 7th grade. Bradley had gone to a few clinics when he was younger and just didn’t feel like lacrosse was the right sport for him. But, as he got a little older, he started to follow the sport a little more closely and now he loves it.

It doesn’t really matter if a child starts playing football at four, six, eight or ten years old or even when he or she gets to middle school or high school.  If someone loves the sport enough and enjoys watching it or playing other variations of the sport like flag, then there is no “right” time to join a team. When they feel they are ready is when the right time.