4th & Forever: Karl Mecklenburg – Preparation is the Pathway to Success 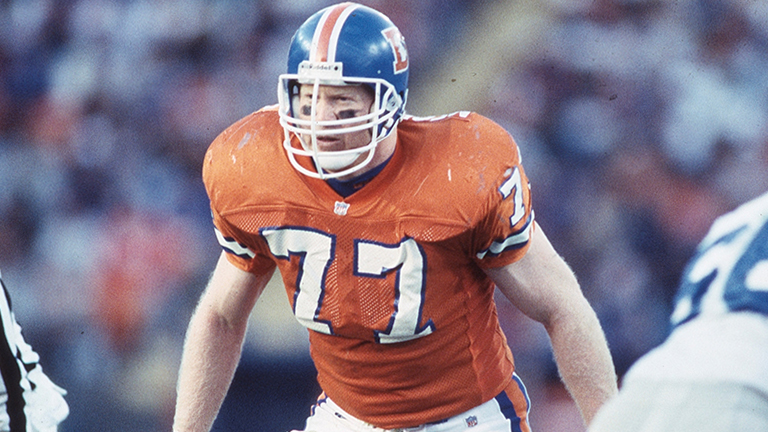 If there is one immutable about former Denver Broncos great Karl Mecklenburg it was that he loved to hit people. From a young age, Mecklenburg was in love with football and the physicality of the sport. Coming from a football family, Mecklenburg always knew that he wanted to play the game and that he would be willing to do whatever it took to get on the field. This drive would lead him to become both a proverbial Swiss army knife on the field for the Broncos and one of the most popular players in team history.

“My dad tells the story about my first game when I’m 10-years-old. My dad’s a doctor, so he had rounds that morning so he got there a little late and I was already done. He comes to the sidelines and puts his arm around me and asked me if I loved football. Ten-year-old me who’s just finished his first game says ‘Dad, I really love smashing guys.’ I was a football player from that point on.” 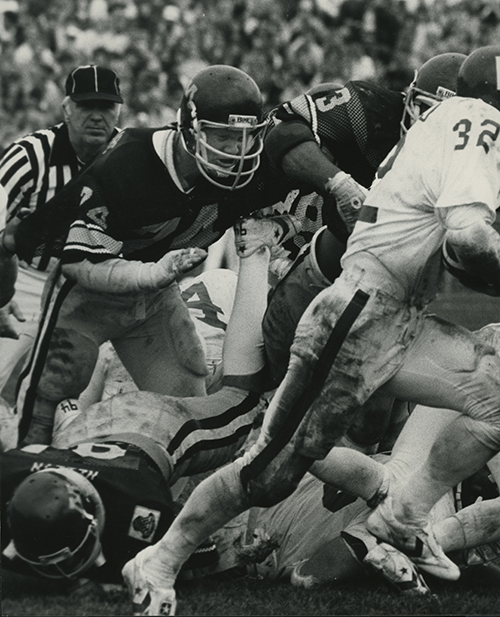 While he loved the game and had the drive to be great, his talent admittedly took a while to catch up. He was an undersized defensive end and tight end in high school. He would earn a scholarship to Augustana College and eventually transfer and walk-on at the University of Minnesota. With the Golden Gophers, Mecklenburg’s body finally caught up with his drive. He would be a starting nose tackle for two seasons and become one of the team’s best defensive players.

“Coming to Minnesota to walk on was an easy decision for me,” explained Mecklenburg. “I grew up there and some of the earliest exposure to college football was with my dad going to Gophers games. We had some good teams while I was there. We beat Ohio State and knocked them out of Rose Bowl contention. We also beat Iowa that same year and got that Floyd of Rosedale trophy. 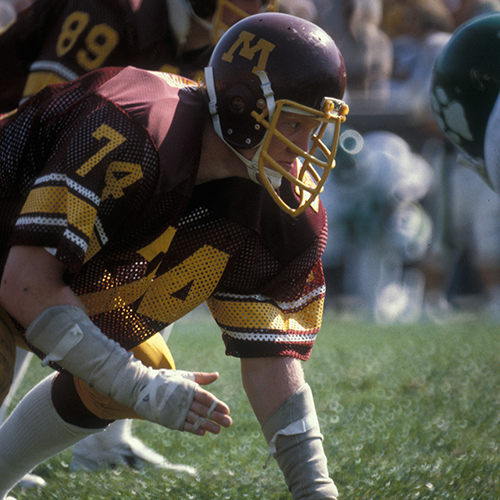 “We were an interesting team. We moved from the old ‘Brick House’ Memorial Stadium into the Metrodome our senior year. We won our first three games and lost the last eight. It was a good team, but we just didn’t have any depth. Still, I loved my time at Minnesota.”

In 1983, Mecklenburg was selected in the 12th round of the NFL Draft by the Broncos. He would use his status as a late-round selection as motivation to succeed at the professional level. By the time he got through his first training camp as a rookie, Mecklenburg knew he belonged at the professional level. From 1983-1994, Mecklenburg would play every position in the starting front seven for the Broncos and he would do so at the highest of levels. By the time he retired, he would be a four-time First-Team All-Pro, a six-time Pro Bowler, and be inducted into the Denver Broncos Ring of Fame.

“When I got there, they gave me the same number as a guy who was a starter on the team and I thought ‘Well, that’s not a good sign,’” Mecklenburg said. “I knew right away though that I belonged at that level. I had confidence and I knew I could play the game. During that camp, I was out there making plays and was making the offensive guys mad that I kept screwing up their plays. They eventually had to pull me off the scout team so they could get stuff done. In my first preseason game, I got two sacks and forced a fumble and was defensive player of the game. I knew how to defeat blockers and find the guy with the ball.

“Playing in Denver was the best. We always had great, great fan support. There is so much history there. Also, there’s something about playing in altitude. We knew that if we had a game close in the fourth quarter, we had John Elway, we had the crowd, and we had the altitude. The other team would be sucking on oxygen and we’d be fine since that’s where we trained. I loved being a Bronco and I’m thankful for everything the organization has done for me and my family.”

After stepping away from the game due to injuries, Mecklenburg wasn’t sure exactly what path he should take next professionally. However, after a few paid public speaking opportunities came his way, Mecklenburg had found a new path. Since then, Mecklenburg has been a sought-after corporate speaker and author. With his new career, he has found a platform to share his love of the game of football and tell about how the principles it provides apply to everyone’s life. 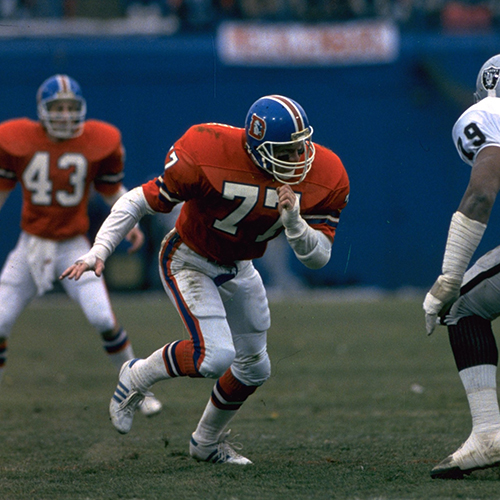 “There is a definite correlation between my football career and what I’m doing now,” he explained. “There are so many lessons that translate over from hard work, sacrifice, teamwork. All of those are relatable and can go into any tailor-made speech that I’m giving to an organization.

The main lesson that I took away from football that I use every day is preparation. The whole concept of being decisive and being courageous through decisiveness, that happens through preparation. I go into every day and I try to spend some time each morning in the Bible and thinking about what’s ahead that day. I think about who I am meeting that day and how can I positively impact them. Once you’re prepared and you’ve gone over something and it’s in your mind, then you can react and be decisive.”

Photos are courtesy of the University of Minnesota Athletics Department and Denver Broncos.