Officials Can Play A Role in Teaching Fundamentals 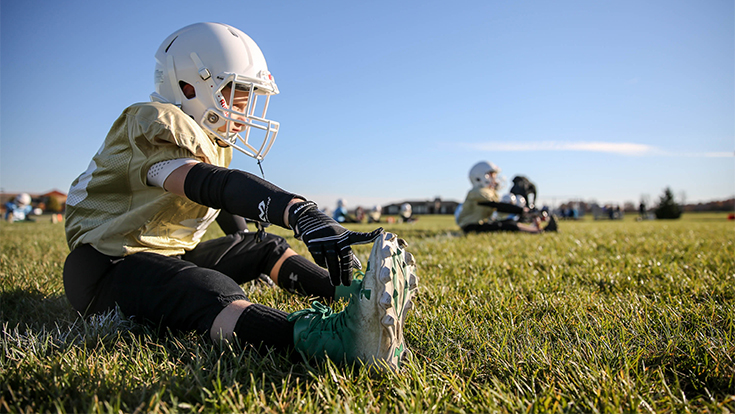 In youth football, as well as in any youth sport, it’s the responsibility of the coaches to teach the players the proper fundamentals. Parents could also choose to send their children to camps and clinics where the players can get further instruction on specific techniques. I can also speak from experience that my sons have picked up a thing or two in terms of fundamentals from watching college and professional athletes either in person or on television.

But what about officials?

Can young athletes learn anything from the men and women who wear the striped shirts on the football field or even officials and umpires from other sports?

The answer is yes.

When my son Bradley played his first high school football game back in March, I was on the chain gang that day and I could hear a lot of the conversations that were taking place on the field. One of the officials kept reminding players, especially the linemen, that their helmets were over the line of scrimmage and that if the play went off, it was going to be offsides or false start penalty. Now keep in mind that this was a junior varsity game so I’m not sure if the officials would have done this for a varsity game.

The point is that even at the high school level, the officials want to make sure that the players understand the rules and the fundamentals. I found it fascinating that the officials would hold up the play for just a few seconds to remind the players that they were not lined up properly. If a player’s helmet was just an inch or two over the line of scrimmage, chances are it’s not going to affect the play much if at all. I applaud the officials for doing their part in teaching because the last thing they want to do is throw a flag on every play.

I also recently saw an example of this at a youth travel baseball game.

My younger son Jared wanted to go see his friend’s game this past weekend, so we went over to watch a few innings. By the second inning, the game had a lopsided score and there was a young man on the mound that was trying to work out of some trouble with a couple of runners on base. The umpire was telling the pitcher that he could call a balk on his delivery and then ultimately stopped the game to teach the young man what he was supposed to do. You could argue that the coach should have done this, but the umpire didn’t want to call a balk in a 13-1 game.

The umpire actually took the ball and demonstrated the proper delivery and where the child’s feelings should be on the rubber. There will be a point when an umpire will not be as understanding so I applaud that umpire for holding up the game for just a minute to show this young man the proper fundamentals of pitching. I don’t know how many of the parents on hand appreciated what the umpire did, but if there was anything that I could possibly take out of a little league baseball game that my son wasn’t involved with, that was it.

Children can learn the proper fundamentals for football or any other youth sport from playing in the backyard with a parent or sibling, from his or her coach, or by watching their favorite players. But it’s also refreshing to see that sometimes a lesson can be learned from an official or umpire.