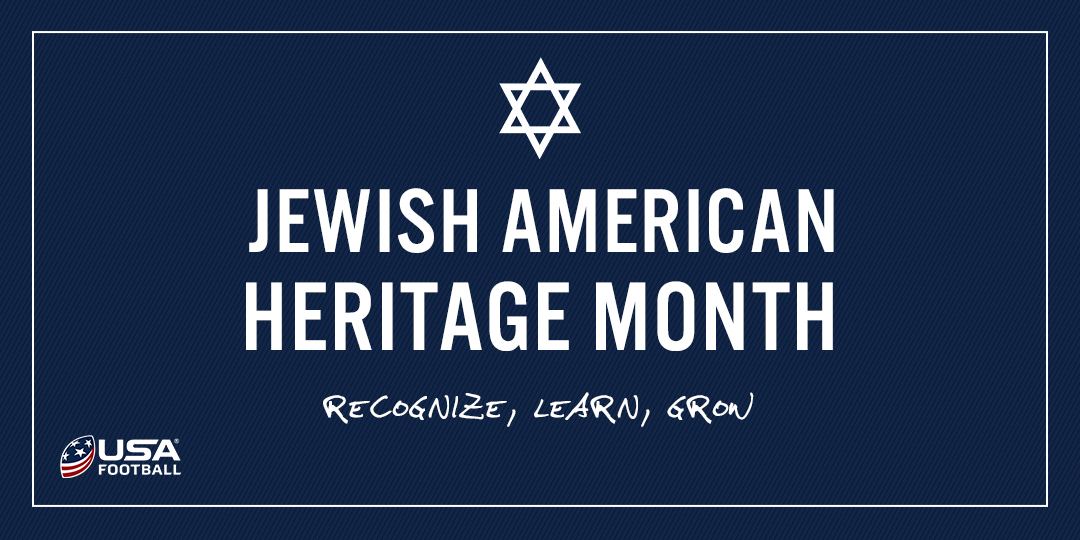 As a part of Jewish American Heritage Month, USA Football is proud to highlight and recognize Jewish players, coaches, owners, parents, officials, and athletic administrators. Each of them have helped grow and change the game into the one we all know and love today, and the game wouldn’t be where it is without them.

This week, we feature three leaders from the NFL.

Robert Kraft is the owner of the New England Patriots and an advocate for the Jewish community. In 2019, Kraft Pledged $20 million to create a foundation that would fight against anti-Semitism.

Kraft said to The Times of Israel, “I believe we can use this platform of social media to make a genuine and lasting impact on the rising tide of hate,” he said, “especially against our people.” In 2019, Kraft was the recipient of the Genesis Prize for his dedication to fighting anti-Semitism and his philanthropic efforts for the Jewish community. The award is given to one person each year to recognize their commitment to the Jewish community, contributions to society and humanity, and commitment to Jewish values. Kraft also created the Kraft Family Sports Campus in Jerusalem, where the 2021 International Federation of American Football (IFAF) Flag Football World Championships will be held featuring the U.S. Men's and Women's Flag National Team among the 42 national teams across men's and women's divisions spanning four continents.

Since taking over the team in 1994, Kraft has turned the Patriots into one of the most successful and well-recognized organizations in all of sports. During his tenure as owner, no owner/ownership group with at least 200 wins has a better winning percentage than Kraft (.689). Prior to 1994, the Patriots made the playoffs just six times in their first 34 seasons of existence. Since Kraft arrived in Foxborough, the Patriots have made 21 trips to the playoffs, 19 times as division champions and have won 10 AFC titles and six Super Bowls,  tied with the Pittsburgh Steelers for most all-time. 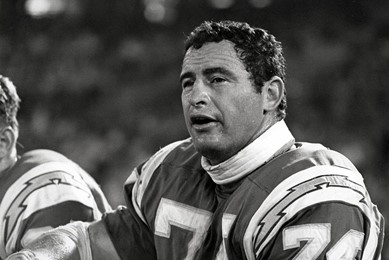 Ron Mix played for the Los Angeles/San Diego Chargers and the Oakland Raiders during his historic 11-year career. A 1979 inductee into the Pro Football Hall of Fame and 1980 elected member of the International Jewish Sports Hall of Fame, Mix was an eight-time AFL All-Star and a nine-time All-AFL selection. Widely regarded as one of the best to ever play his position, Mix was called for a mere two holding penalties over the course of 142 games.

Mix helped raise money for countless organizations such as HPBS radio, United Jewish Appeal, the Heart Fund, among others. Nicknamed “The Intellectual Assassin” for his academic excellence and ferocity on the field, he also served as a partner at Schall Boudreau and Gore Law Firm, which was one of the most prestigious firms of its time.

In 1985, a friend of Mix said to the San Diego Reader, “He was the kind of guy who went out of his way to make friends and be part of the community, and his reputation was pristine.” 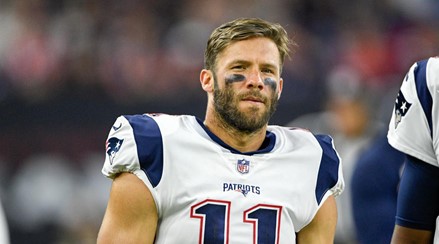 Julian Edelman is a former NFL wide receiver who played his whole 11-year career for the New England Patriots. Edelman was the first Jewish player to win a Super Bowl MVP when he did so in 2019, tallying 10 receptions for 141 yards in the Patriots’ 13-3 win over the Los Angeles Rams. Edelman retired a three-time Super Bowl Champion,  winning in 2014 and 2017 in addition to 2019.

In May 2020, Edelman helped create a charity virtual fitness class with the proceeds from the programming going to help feed Holocaust survivors during the pandemic. According to the 333 Foundation, there are 33,000 Holocaust survivors living in the New York area, nearly 40 percent of whom live in poverty.

In 2015, Edelman made his first trip to Israel and said, “It’s hard to describe how meaningful the experience was because looking back it really helped shape my perspective on things. Israel and the Jewish people have always been the scrappy underdogs and it reminded me a lot of my story.”

In 2019, Edelman wore cleats during the NFL’s fourth “My Cause, My Cleats” campaign to support baseball in Israel through the Israel Baseball Association. He concluded: “The Hebrew on the cleats says ‘yalla’ which means, ‘let’s go,’ because for the first time in the country’s history, Israel is going to compete in baseball in the Olympics. Baseball has always been my second favorite sport, and I’m pumped to see what those studs can do in Japan. Yalla!”

Edelman has also served as a prominent voice against anti-Semitism, using his platform to promote education, understanding and compassion in regard to Jewish people and the fight against all forms of hate. In the last year, two professional athletes, DeSean Jackson and Meyers Leonard, both made anti-Semitic remarks on social media. Rather than provoking hate and negativity, Edelman took the time to publicly reach out to both athletes and offer his time to meet with them and educate them on the Jewish culture as well as the gravity of their actions. "This world needs a little more love, compassion and empathy," he said.