4th & Forever: David Klingler – Will You Fight After You’ve Been Knocked Down? 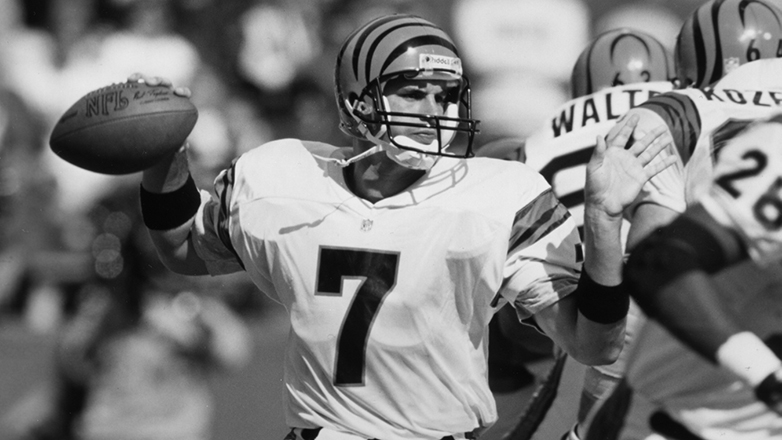 There has always been a strong connection between the game of football and spirituality. At every level, nearly every game begins with some sort of prayer and, again, at nearly every level, the games usually end with the same. Former Heisman Trophy candidate David Klingler knows full well this connection that these two worlds share.

The former signal-caller and first-round draft pick is currently an Associate Professor of Bible Exposition at the Dallas Theological Seminary and it is one that proved to be an easy path thanks to his time on the football field.

“Being able to communicate what I enjoy to others, especially about something I am passionate about like the Bible is something I really enjoy,” Klingler said. “For me, when I came into football, discipline was a tremendous part of the game. It was a lot like the military. So many of our people in our churches and in our culture never benefited from learning that type of discipline. The great teammates and coaches that I’ve had the good fortune to learn from helped pass that on to me and I enjoy being able to pass that along to those that I teach.”

Growing up in the Houston area, Klingler was an all-around exceptional athlete. He would excel as a wishbone-style quarterback in high school and would catch the eye of the hometown University of Houston who offered him a scholarship in both football and basketball. Once he got on the football field for the Cougars, Klingler’s arm talent literally and figuratively blew away the coaching staff.

He would throw 11 touchdown passes in a single game against Eastern Washington during the 1990 season and would set the record for most passing yards in a single game that same season. Before leaving the Cougars, Klingler would virtually rewrite the NCAA passing record book completing 1,262 passes for 9,430 yards and 91 touchdowns. In addition to becoming a Heisman Trophy finalist his senior year, he would also take home the Sammy Baugh Trophy and have his number retired by Houston.

“I started playing quarterback my freshman year in high school,” Klingler said. “As a kid, I was a pitcher or catcher in baseball. I think if you have a certain type of personality, you always wanted to have the ball. In football, that meant being a quarterback. I always knew that I was a pretty good athlete. In track, I was ranked pretty high in some events nationally. I was varsity in football and basketball pretty early on in high school. 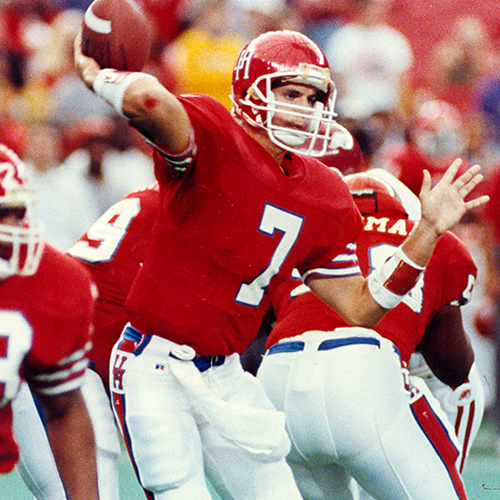 “Houston was one of the only schools that was going to let me stay at quarterback. When I agreed to go there, I was part of [Head Coach] Jack Pardee’s first recruiting class. The Houston Gamblers of the USFL were running the run and shoot offense and that carried over to the university. That intrigued me, plus Houston was going to allow me to play basketball. Most games we would throw dozens of times. I remember one game where we ran 73 offensive plays and threw 72 times. I really enjoyed my time there at the University of Houston.”

Klinger would be drafted sixth overall by the Cincinnati Bengals in the 1992 NFL Draft. After a hot start to his career, including being named to the Pro Football Writers Association’s All-Rookie Team, injuries would ultimately derail Klingler’s career. He would step away from the game after the 1997 season and be completely content to living the life of a rancher in his home state. After a few years, he felt a pull from his faith that was undeniable. 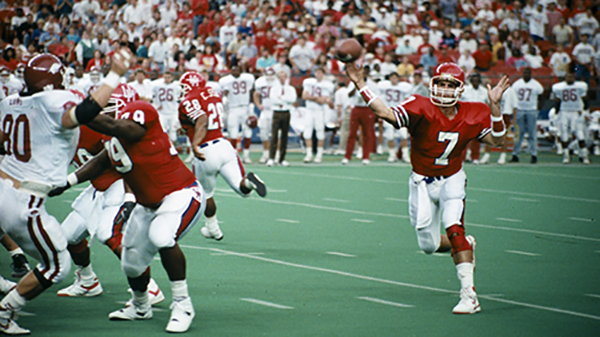 “I never thought of football as being a lifelong career,” explained Klingler. “Most players are done after three or four years in the NFL. I had elbow problems in my first couple of seasons and I was told the injury I had my third year was basically career-ending. I hung on for a couple of years after that, but I was basically done.

“When I left, I wanted to ranch and train and raise horses. That was really my plan. I did that for a while, but I was always interested in the Bible. It struck me that so many people had so many different interpretations of it. I enrolled in the seminary in 2000 and I really enjoyed it. It’s primarily what I’ve been doing ever since.”

He enrolled at the Dallas Theological Seminary and would earn both a master’s and a doctoral degree. Klingler would serve as the Executive Director of the seminary’s branch in Houston before coming back to take up his current professorship role. He finds incredible fulfillment in his work now and is completely at peace with his past, his present, and his future.

“For me, at this point in my life, I just want to be the best version of me possible,” Klingler said. “I want to be a great husband, a great father, a great teacher. So many people come to us and feel like they are ships without rudders and to be able to pass that on to the people in my life is extremely rewarding to me. Helping people see and make sense of the Bible, that’s just the same to me as giving someone lessons on throwing. I heard one time that professors like to make things complicated, while teachers make things simple. Making complicated things simple brings me tremendous satisfaction.”

While these days he only follows football vicariously through his sons who are coaches, Klingler still daily relies on the lessons he learned on the gridiron. This is especially true in regard to the lesson of perseverance. In a sport such as football where you are constantly getting knocked to the ground, you learn the lesson that you always must get back up for the next play. 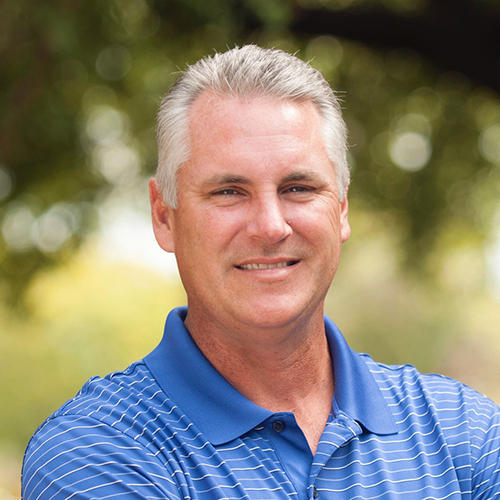 “Football is a different sport than any other, especially when it comes to failure,” Klingler explained. “Maybe boxing or martial arts have this, but in football, you’re going to get hit really good. When you’re laying there, this is early on, you have to decide if you’re going to get up and fight or lay there and say this isn’t for me. When you’ve got that mentality, you are kind of drawn to others with that same mentality. That’s how camaraderie is formed. You see that in veterans how they kind of congregate together. People who understand the value of sacrifice know what it takes to succeed. That is what still drives me to this day.”

Photos are courtesy of David Klingler, Houston Athletics, and the Cincinnati Bengals, respectively.