5 Ways That Parents Can Support their Child’s Coach 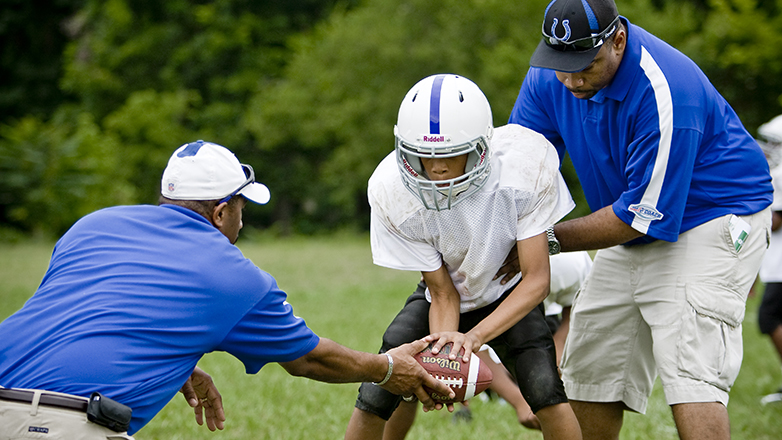 If you’ve ever coached a youth sports team, you know how demanding the job can be. Few youth sports coaches are actually paid for all that they do. Having the support of parents is a great way to re-pay them for their sacrifice of time and energy.

Supporting your child’s coach does not have to be as visible or exhausting as taking on the job of team parent. There are several ways that sports parents can support their child’s coach:

1.    Let the Coach Do Their Job During the Game

This starts with how parents behave on the sidelines or in the bleachers, AND how they support him or her in front of their young athletes away from practices or games.

Trash talking the coach in front of your kids does a couple of things: (1) It models negative talk in front of your kids, (2) signals to them that it’s an okay way to respond to people you disagree with, and (3) it makes it even harder for your children to respect the coach. Your children may already be struggling to respect the coach; add your negativity to that and it will affect the way they relate to the coach and team and how they play.

It’s fine to disagree with the coach, but then, he or she may not agree with how you parent! Unless the coach is causing physical or emotional damage, learn the art of “agreeing to disagree agreeably”.

Sympathy groups are the parents who clump together during or after the game to negatively critique or complain about the coach or team.

These groups are toxic. They only spread unrest on a team and even if your friends are in the middle of it, you don’t have to be. Either deflect the conversation away from the garbage or excuse yourself from the group.

Coaches are aware of these groups, even if they don’t acknowledge them, and they know who is participating. Your refusal to be part of them will be greatly appreciated by the coach.

You may think that because you don’t have time to volunteer big chunks of time that you can’t help the team. But there are lots of ways you can help. Ask the team parent or the coach for a list of all the little jobs that need to be done, as well as the big ones. Many hands make the work light!

This is a very simple and neglected way of showing support for the coach. Coaches appreciate parents who actually sit back and enjoy the game instead of yelling at their child during the game from the fence or sidelines.

5.    Encourage Your Child to Fight Their Own Battles

Coaches shouldn’t mind when parents come to talk to them about their child, but what really pleases them is when athletes have the courage to approach them with concerns on their own and work through their struggles without pulling mom or dad into the problem.

If the parents that my husband coached over the years had followed these suggestions, he would have enjoyed his job a whole lot more. You may think it’s not much, but believe me, your support shown in these ways will not only boost the coach, but it will also allow him or her to do their jobs without distraction.