Choosing a Summer Football Camp or Clinic This Summer 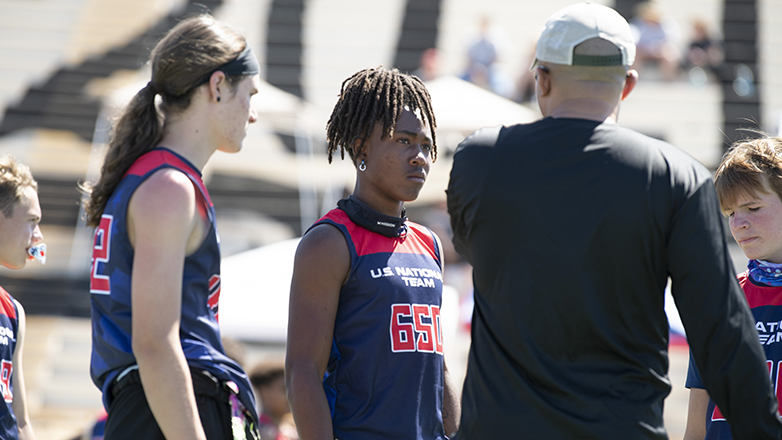 There were some states that played youth, middle school and high school football during the fall but because of the pandemic, some states chose to postpone football until the spring. In either case, it’s expected that everybody will be back on schedule for football this fall and that means spending the summer months preparing for the new season by attending a football camp or clinic.

In past years, my sons Bradley and Jared have attended various football camps and it certainly helped them with fundamentals and techniques. Many of the camps and clinics you will find around the country are of the non-contact variety and that is great for children who play both tackle and flag. Many are run by local youth, high school and college coaches and there could even be some that feature former and current NFL players or other professional players and coaches as guest instructors.

I can speak from experience with my boys when I say that it’s one thing to get instruction from a high school or college coach but just think how cool and how special it would be for your child to be shown how to throw a football by a former player who played in the Super Bowl or was shown how to snap by someone who is currently an offensive line coach in the NFL. These types of camps and clinics can be so important for a young player in terms of both getting better as a player but also the inspiration that comes with learning from people who have reached the highest levels of the sport.

Another thing to consider when it comes to choosing a camp or clinic for your son or daughter is deciding if you want something that includes all positions or something more position-specific. There are camps and clinics that will center around one position or perhaps a few positions that are related to each other. For example, my son Bradley is going to be attending a one-day camp later this month that focuses on linemen, but you could also find camps and clinics if your child is a quarterback, a running back, a wide receiver, or perhaps even a specialist like kicker, punter, or long-snapper.

Some camps and clinics could be one day or held over several days.  Whatever one you choose for your child, just be sure to do your homework on it and make sure it’s the right one, whether it’s close to home or it involves some travel. We may be approaching the summer, but it’s not too early to think about getting your child ready to play some football this fall.