4th & Forever: Aaron Rouse – In Football, In Politics, and In Life, Be Flexible 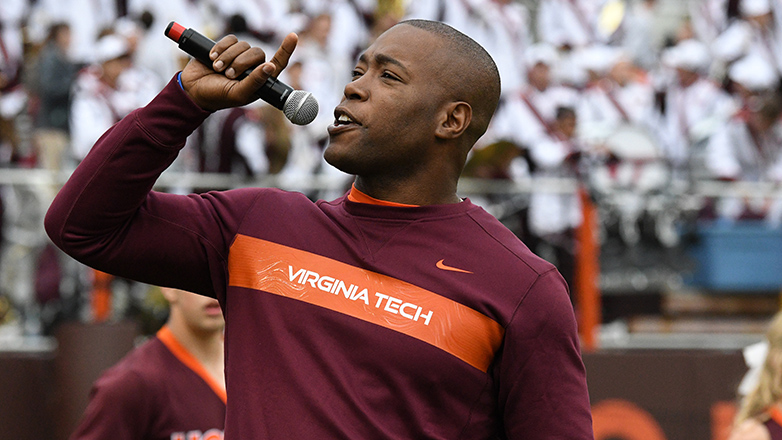 As a current member of the City Council in his hometown of Virginia Beach, Virginia, former defensive back Aaron Rouse carries with him all of the duties and responsibilities of his position. However, thanks to his years on the gridiron, he is perfectly suited to take on whatever city government sends his way. Ever since he first suited up at the age of eight, Rouse was one who never shied away from the physical and mental challenges of the sport and it has served him well ever since.

“My mother got me into it because she wanted to keep me off of the streets and out of trouble,” Rouse said. “I fell in love with football pretty much overnight. My coaches right away saw that I had a particular talent, and I just took to it. I was athletic and unafraid to hit people. When I got that first good hit, I wanted more of it. I wanted to flip the tables and be the guy doing more of the hitting. I always came back for seconds when it came to hitting and football.”

In high school, Rouse was a standout at pretty much every position he played, including outside linebacker and wide receiver. He would earn all-state honors and be named Defensive Player of the Year his senior season. When it came time to decide where he wanted to attend college and continue his playing career, there was little doubt for him that Virginia Tech was where he was headed. With the Hokies, after making the position switch to safety, Rouse would be named a freshman All-American and first-team All-ACC his junior season.

“When I got to high school, I started receiving invitations to Nike camps and letters from coaches from all over the place and that’s where my mindset went from my mother saying,‘Just graduate from high school’ to ‘Go and graduate from college,’” Rouse explained. “Football was going to help make that happen for me and help change my life. [Former Virginia Tech coach] Bryan Stinespring was the recruiting coordinator for this area and he and Frank Beamer came down to Virginia Beach like a year or two after their National Championship run with Mike Vick. After I saw Frank Beamer here, my eyes were wide open, and I was really inspired and excited to go to Virginia Tech.

“Winning the first ACC Championship Game was one of my favorite memories ever. We went down to Miami and beat them and then we wound up playing against Auburn in the Sugar Bowl and lost. The next year, we went to the Championship Game again, but lost and then beat Louisville [in the Gator Bowl.] Things like that, playing for championships, going to bowl games, that really made my time playing for Virginia Tech really special and it’s something I’ll never forget.”

Rouse would be drafted in the third round of the 2007 NFL Draft by the Green Bay Packers. He would make his first start with the Packers that season and become an integral part of the team’s defense for the next three seasons. He would spend part of the next two years with the New York Giants and Arizona Cardinals before wrapping up his professional career in the now-defunct United Football League with the Virginia Destroyers and Omaha Nighthawks. 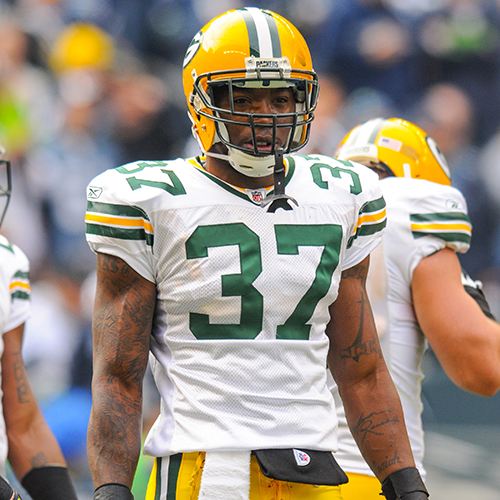 “Getting the opportunity to play football at its highest levels really justifies all of the hard work that you put in beforehand,” said Rouse. “Not many guys get the chance to get that phone call to say that they’ve been drafted into the NFL and not many guys get to say that they had the opportunity to play at that level. When I ended up in Arizona though, I really started thinking about what my life would be when I was done playing. I didn’t want to be the type of player that just went from team to team.

“I like to give a lot of the credit to my mother, again. Before I was drafted in 2007, she wanted to make sure that I graduated with my degree. From that standpoint, I started thinking about what life after football would look like. With that in mind, I thank God that I was able to have my college degree in hand so that I could start that next part of my life when it was time.” 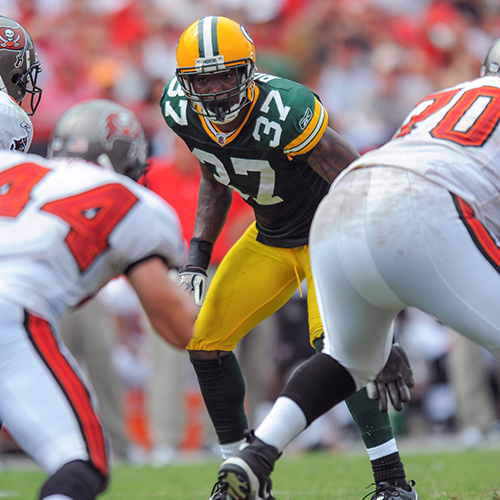 After wrapping up his playing career, Rouse would delve into the world of nonprofits and politics. He founded Rouse’s House, a charitable organization created to help expose youth and families in his hometown the broader possibilities of education. Rouse would gain exposure to the political arena at the state level and decided to put his energy and resources into serving the community of Virginia Beach as a City Councilmember in 2018.

“My getting into politics really came about by me taking advantage of an opportunity,” Rouse explained. “My godfather is in the auto sales business, and he invited me to go with a group up to the Virginia state capitol in Richmond. He said that a lot of delegates and representatives knew who I was because of my time at Virginia Tech and the NFL and it would help them with their lobbying. I took that opportunity and learned from the men and women there on both sides of the aisle what they did. After that, they extended the opportunity in an unofficial way to keep coming back and learning how the government works. I took them up on that opportunity for three years.

“I think people understand in football, that you have to have a team mentality in order to win. There’s a lot of compromises if you will, in every game, in every single play. There’s only one ball that everyone has to share. At the same time, everyone wants to win. So, for me, understanding that I went to school in Blacksburg, Virginia, which is a more rural type of area in the western part of the state. We have guys that come from farm life, guys that come from the city, and guys like me who come from somewhere in the middle. You have all these different personalities and perspectives and yet we’re all trying to get the same thing accomplished and that’s won a game and win a championship. It’s the same in politics. We all are different and yet we all want the same thing, to do what’s best for the people of Virginia Beach.

Rouse is now firmly ingrained in the world of local politics and is more determined than ever to be the best servant for his constituents possible. He has learned a lot over the years, but some of the key lessons he was taught on the football field are some of the main ones he has been able to apply to public service. 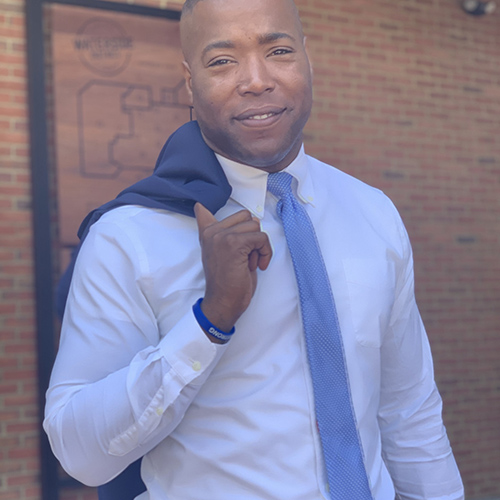 “The one lesson that I learned from football that I still use every day is that it is never your way or the highway,” Rouse explained. “You have to be flexible; you have to bend and not break. You need to be open-minded to new ways of doing things. I played with so many guys over my career that had so many different backgrounds and came from a different place than me, but I loved every one of those guys. There wasn’t color or race or political ideology. There were just guys out there trying to compete and win. That’s where I’m at now in politics. I constantly remind myself to be flexible to be open-minded and work with everyone. To me, that’s how this is supposed to work.”