Why Be a Long Snapper? 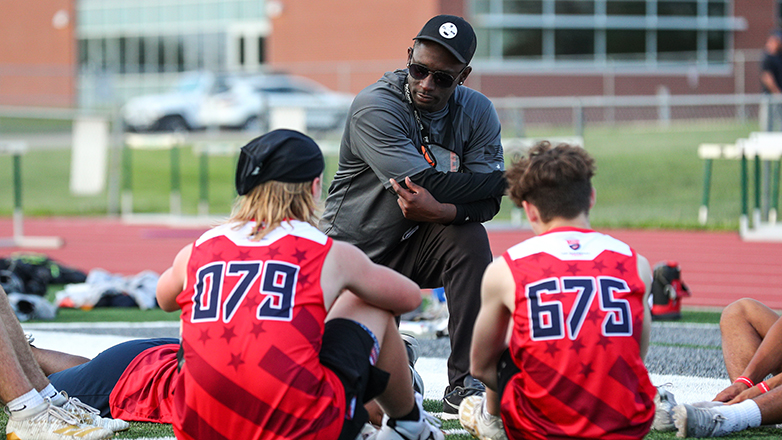 It’s a critical time in a football game and a drive stalls for the offense.

The punting unit comes on and it’s the responsibility of the punter to pin the ball deep. But, before the punter can get his or her hands on the ball, the long snapper has to get it to them cleanly and quickly.

Another scenario could be a game that is tied in the final seconds.

The offense has moved the ball down the field to a point where now the kicker will come out to attempt a game-winning field goal. The kicker is ready to go and the holder is in position, but before the kicker approaches the ball, the long snapper has to get the ball to the holder.

Why would anyone want to be a long snapper?

Tell that to long-time Houston Texans long snapper Jon Weeks, perhaps one of the best ever at that position.

Tell that to last season’s NFL All-Pro long snappers Morgan Cox of the Baltimore Ravens and Luke Rhodes of the Indianapolis Colts.

Tell that to any other long snapper in the NFL…remember, there are only 32 of those jobs throughout the National Football League.

Tell that to my son Bradley who was a center and the long snapper as a freshman on his high school JV football team. He loves the position, works extremely hard at it, and his ability to long snap earned him an invitation to the U.S. National Football Team Training Camp next month in Canton, Ohio. Bradley has played center since he was seven years old, but in recent years, he became infatuated with also being a long snapper.

The long snapper is one of the most important positions in all of football.  As important as the center position is and making sure that each offensive play begins without any issue, the long snapper position comes with a lot of pressure. On punts, a clean snap means that the punter can easily catch the ball and drive the pigskin down the field. On extra points and field goals, a good snap gives the holder the opportunity to place the ball in position for the kicker to boot the ball through the uprights.

A kicker will get a lot of attention for a game-winning field goal and a punter will earn praise for booting a ball out of bounds inside the five-yard line.  But without a good snap from the long snapper, the punter may have to recover in order to get the punt off or the holder will have to adjust to get the ball placed for the kicker.

In both cases, a bad snap could be disastrous.

Being a long snapper is not an easy thing to do and it’s a critical part of football. Some people might question why anyone would want to do it, but maybe that is just coming from people who just don’t get it or perhaps they just can’t do it.

Why be a long snapper?